The women’s basketball team punched themselves a ticket to the CIS championships after winning gold at the OUA final on Sunday. (Courtesy Greg Mason)

Vallée, head coach for last year’s national champions said it’s tough to make a call about who will win this year’s tournament, but she’s hoping for her provincial counterparts.

The women’s basketball team poses with the Critelli Cup after beating the Ottawa Gee-Gees in Ottawa 66-60 to capture the OUA provincial banner.

“I wish them all the best. I hope they win … and keep the title in the OUA,” said Vallée, whose Lancers lost to the Rams in the provincial finals last weekend. “The OUA is a strong conference, Ryerson’s physicality will go a long way in helping them.”

The Rams are coming off an OUA championship win against the Ottawa Gee-Gees, who are seeded seventh in the CIS tournament.

The winner of Thursday’s quarter-final game will advance to semifinals on Saturday. The loser will play a do-or-die game on Friday and risks elimination. The CIS finals will take place at 1 p.m. AST (12 p.m. EST) on Sunday.

Last year, Ryerson’s women’s basketball team lost in the consolation final to the University of Alberta Pandas. This year, the team has more experience.

“We have a better understanding of what it means (to play in the CIS championship),” said Carly Clarke, Ryerson’s head coach. “I think we are feeling confident coming off the OUA championship. There is no easy game at this level but we are looking forward to our matchup.”

Two key players to watch from the Rams are Keneca Pingue-Giles and Sofia Paska, with 17.6 and 15.2 points per game and 6.8 and 9.5 rebounds per game, respectively.

The Ryersonian will be live blogging the Rams’ games throughout the weekend. Follow @theryersonian or like The Ryersonian on Facebook for coverage of the CIS championship. 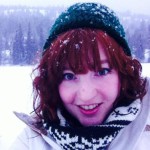