The air was hot and humid, shirts stuck to skin with damp patches appearing. Sweat streaking down backs and beading down temples. Pride Toronto was making its annual route through downtown Toronto growing in noise as they neared the intersection of Yonge and College Street.  It was passionate and jubilant — and it was all about to be put on hold.

Multi-coloured smoke drifted lazily through the crowd  until it reached the centre of the street where a small group of protesters sat, adorned with leather, glitter, jewels and rainbows. What happened next was a peaceful protest from Black Lives Matter Toronto, halting the Pride parade for 30 long minutes on July 3, 2016. They demanded reform, unity and equal rights.

While Pride has been a progressive act of political celebration since 1981, Black Lives Matter Toronto felt they were being ignored.That was until a group of people, some of them Ryerson University students, wanted to make a change. This led to the protest at Pride.

“We came up with this list of demands that we wanted to continue our legacy of Pride, and not just celebrating just as one day, but continuing to make space and ensuring that black people can come to pride, and always feel safe at Pride and always feel included in Pride,” said Pascale Diverlus, co-founder of Toronto’s Black Lives Matter movement and currently a fifth-year journalism student at Ryerson.

One of the most controversial demands listed by the group called for the removal of police floats and booths in the annual parade.

With the sweep of a black feathery pen Mathieu Chantelois, the interim executive director of Pride Toronto, signed the document that was passed into his hands. However, soon after in an interview with CP24,  he said he only did it to get the parade moving along. Chantelois resigned after receiving backlash about his commentary, as well as accusations of racism and sexual harassment from Pride members. 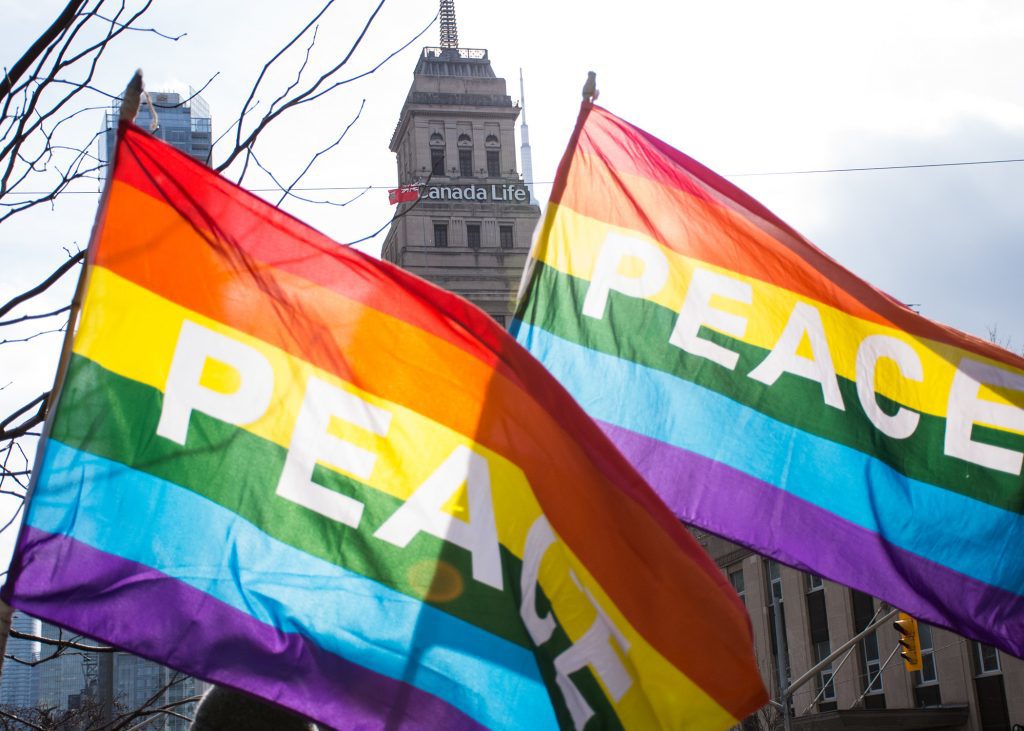 On Sept. 19 2016, following the parade, Pride Toronto released a statement on its Facebook page, which apologized for their long history of “anti-blackness” and “marginalizing the marginalized” within their community.

Alongside Pascale at the protest was her brother, Rodney Diverlus, another co-founder of Black Lives Matter Toronto, former president of the RSU in 2013 and an alumni who graduated from the School of Performance.

“Often times, things that are known within the community aren’t known to the public. We knew for a long time that Pride as an organization is not fully supportive of black communities,” said Rodney.

Camryn Harlick, the vice-president-elect of equity for the Ryerson Students’ Union and a coordinator at RyePRIDE, agrees saying “I think there’s a huge huge huge racism issue in the queer community and I think that’s very evident over people’s reactions towards the black lives matter protest in the summer.”

Each group is fighting a common battle. In fact, according to Harlick and Pascale, black trans-women were one of the most targeted groups by police in the U.S. last year. According to the Human Rights Campaign, 2016 saw the highest number of trans-woman of a visible minority murdered than any other year.

“It’s actually black trans-women who are facing the most violence,” Pascale said.

It is unity, not division, that is the answer to solving the issues facing each community, according to Pascale and Harlick.

A step toward that unity happened on Jan. 17 when members of Pride Toronto voted to include all nine of the Black Lives Matter Toronto demands put forward in the summer; one of which was excluding police floats and booths from the Pride parade. The decision was controversial, but Harlick says that supporting initiatives like these are exactly what’s needed to create a strong partnership between the two communities.

“The police have never worked for us and until they can prove that they are an active ally in the community and they’re actually helping us then I feel like they definitely shouldn’t be included in our Pride Parade,” Harlick said.

Pride Week in Toronto was born from a protest against the police following the bathhouse raids of 1981. Toronto police marched into four gay bathhouses in the city armed with crowbars and sledgehammers. They arrested hundreds of people, humiliating and taunting those inside, destroying the sanctuary and privacy of a safe space for queer men.

Black Lives Matter Toronto began in 2014, in response to the fatal shooting of Michael Brown, a black teenager who was killed by a white policeman in Ferguson, Missouri. 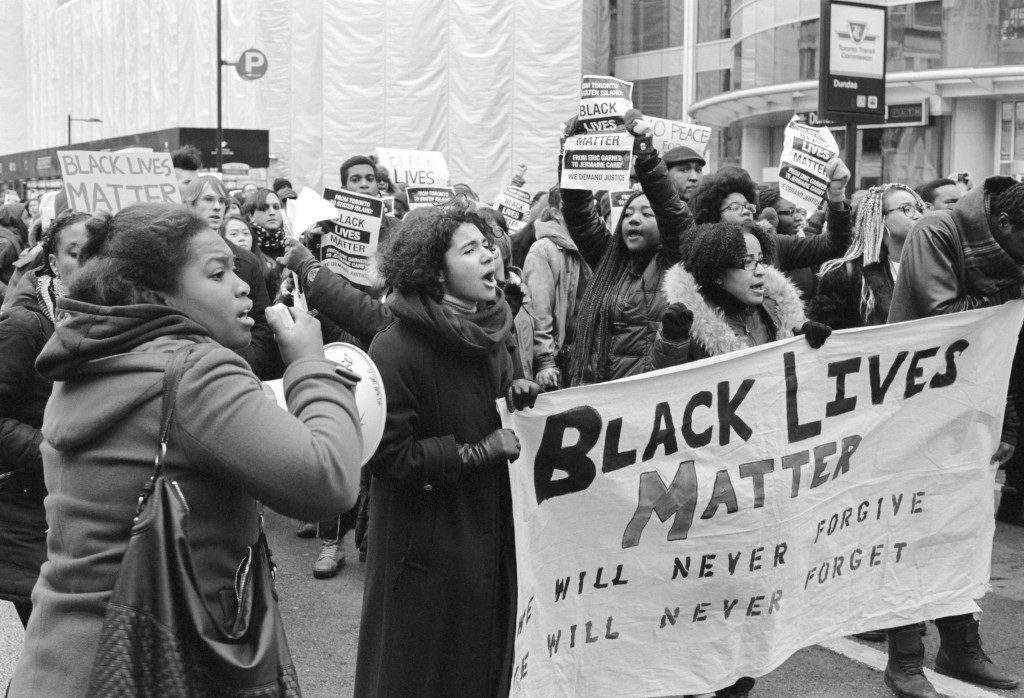 The group’s intention was to show Canadian solidarity with the protests occurring in Ferguson. but . More than 2,000 people attended the first Black Lives Matter Toronto held on November 2014.

“It became clear to us that within our own community and within our own local reality, the conversations of police violence and anti-black racism is as important, if not more important to tell,” said Rodney.

While Harlick and the Diverlus siblings feel joining movements is a step towards a more inclusive community, others feel differently.

On Feb. 10,  the Toronto police decided to accept the decision of Pride Toronto instead of contesting it, confirming the fate of police attendance and floats.

Police chief Mark Saunders announced in a statement that police would not attend the 2017 Pride Parade, in fear of causing division within the pride community. However, some have voiced concerns about potentially alienating and excluding LGBTQ police officers from marching. Toronto police Const Danielle Bottineau has expressed sadness and doubts over the decision as she identifies with the LGBTQ community. Mayor John Tory also had a quick response to chief Saunders’ statement, calling it “disappointing.”

Questions have been posed by members of the Toronto police, wondering if the relationship between Pride Toronto and law enforcement will begin to regress because of this decision. Pascale feels differently.

“There is a group of the community that doesn’t see Pride as a protest, that doesn’t think that Pride should be political, but if we’re looking at the historic roots of pride it’s always been political.” says Harlick, “Pride is a protest every single year and it’s important to remember that.  It’s not just a celebration, there’s still things to be fought for.”

Pride will be back in Toronto on  June 1, 2017, until the June 25, and it will be absent of police floats and booths.

That banner says it all. They’ll never forgive or forget, so what the hell is the objective here?

There are just a bunch of ignorant, immature twentysomethings who don’t know how to fight for their cause.