Anti-abortion protesters back on campus 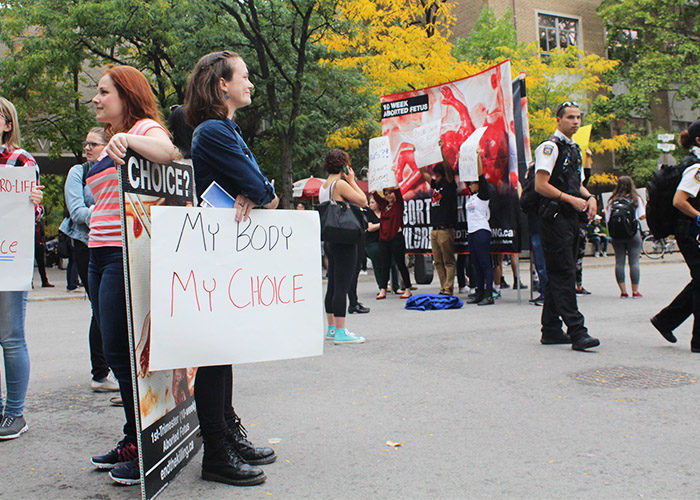 Opponents of abortion were back on campus Tuesday afternoon with larger banners showing graphic imagery of abortions.

Abortion rights advocates were also on the scene, hoping to block the banners. They brought out signs, cardboard boxes and tents to block the imagery.

Police officers showed up at around 2 p.m.

Martin Fox, outreach assistant at the Continuing Education Students’ Association of Ryerson (CESAR), was there in solidarity with the abortion rights advocates.

He said the anti-abortion demonstrators have been gathering on Gould Street for the last three weeks.

“We think that campus should be a positive space and that people shouldn’t be judged,” said Fox. “For people to come to our campus and try to shame people about life choices that they’ve made is just completely inappropriate.”

The organization behind the protests is the Canadian Centre for Bioethical Reform. Clarissa Canaria, a volunteer at the organization, said they are going to campuses across the province to show what abortion does to preborn children.

“Universities are the most vulnerable demographic for abortion,” said Canaria. “A lot of times [students] are not always informed … about what abortion can do to another human being as well as to themselves in terms of their health.”

Ryerson University and the Ryerson Students’ Union (RSU) have yet to release a statement about the protests taking place on campus.

@RyersonU Is anti-woman. for weeks anti-choicers have been showing up on campus. Admin knows. Security knows. They aren’t doing anything

With files from David Greenberg 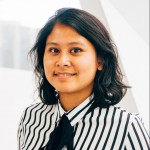