Dozens of students flocked to a town hall Monday to let Ryerson know how it has disappointed them.

That was the whole point of the students-only meeting, hosted by Ryerson’s provost and vice-president academic, Mohamed Lachemi.

He wanted as much feedback as possible from students for the school’s second of three discussions on its Academic Plan for 2014-19.

“I want to give (students) room to express their interests,” said Lachemi.

Nancy Walton, director of E-Learning and associate professor in the school of nursing, moderated the discussion.

Some discussed the unequal distribution of university resources, saying students in certain programs are granted exclusive access to certain university facilities that others cannot use.

“We saw a huge rise in (the) graduate student population as part of the last academic plan and that’s left us in a place where (graduate students) do not necessarily have a lot of resources,” said Melissa Palermo, Ryerson Students’ Union president.

She was joined by other representatives from the RSU as well as the Continuing Education Students’ Association of Ryerson.

Many students also complained that student services aren’t as accessible to those who commute to school, study part-time, or study off-campus.

They feel that only a small percentage of the student population is engaged in campus life.

The last town hall session, which will focus on faculty but is open to all members of the Ryerson community, is today.

The provost’s office will continue its consultations with different Ryerson stakeholders and a new draft of the Academic Plan will be released in January or February of next year. 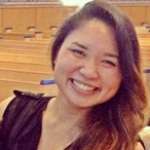 The role of locally grown food in the services industry

Students should be outraged by the current Senate scandal