Raina Douris says that indie music is hard to define and it means something different for everyone.

Raina Douris is living the indie dream. The former radio and television arts student has been busy since graduating from Ryerson in 2009. In addition to stints at Toronto’s the Edge and CBC’s Radio 3, Douris also hosted her own Internet talk show, called Rain’s World, out of her basement apartment. More recently though, Douris has taken the job of music director for the upstart radio station Indie88 which, after a lengthy application process, took over the 88.1 FM signal formerly occupied by the Ryerson-affiliated CKLN. She describes her role at the new station as her “dream job.” We caught up with the energetic and talented Douris last week. Here’s what she had to say.

Q: What have you been up to since graduating?

A: When I was at Ryerson, I had an internship at the Edge. I graduated right around the economic collapse, and they weren’t really hiring, so I was an intern forever. Eventually I got an internship in their interactive department, which turned into a part-time gig. Then I started getting on the air, but no one told the boss. And then one day he heard me, and asked what I was doing. “You’re not supposed to be on there … but you sound good, do you want to try it?” Which was always my dream. I was incredibly lucky. It was an insane, insane fluke. A couple months later, I heard from my now boss, Adam Thompson (of Indie88), and he asked for my demo.

Q: What does the music director do?

A: At traditional stations, you’re in charge of music on the station. Right now, because we’re new, I work really closely with Adam, who’s the program director. We’re in charge of shaping the sound of what you’re hearing. And because I am newer at that role, it’s still a big learning experience. Basically, what we do is choose the music that goes on air. I get all the submissions, so I live in a cave made of CDs. It’s mind-blowing how many bands are in this city. And I have to go to a lot of shows — well, I don’t have to. I like to.

Q: In what ways did Ryerson prepare you for this gig?

A: I had a very conflicted relationship with Ryerson. There were definitely a lot of good things. It gave me networking opportunities I never would have had otherwise. It taught me how to work all night long on something I’d left until the last minute. The one thing about Ryerson that’s a little bit tricky is that I felt they didn’t teach me a lot of the technical aspects of doing radio. I would go into the Edge, and there were Humber College kids who knew how to use every single piece of software we had, and I had never even seen the things before. (At Ryerson) they teach you the storytelling side, which is amazing, but I think the university education for radio is more geared for a place like the CBC.

Q: Did you always want to do radio?

A: No, when I started … I thought maybe I wanted to do on-camera stuff. There was a class at Ryerson called electronic film production, where you go out and shoot stuff. I hated it so much. It was super tedious. And radio is a very immediate medium, you say it and it’s there. I have a hard time focusing, so I like just having one thing to focus on. Like audio. That’s enough.

Q: Do you enjoy your job?

A: Oh my God. Yeah. Of course. It’s literally my dream job. I can’t believe it. I am still so excited every day. I get to work in the morning, and I leave at 8:30 at night — because I just want to be there all the time. It’s crazy. It’s really overwhelming, and sometimes really terrifying. Sometimes I leave work thinking, “I’m such a hack, what am I doing?” But overall, it’s such an exciting thing. It’s a really young staff too. Everyone loves music and wants to be there. No one is jaded yet, so we all think we can do anything.

Q: What’s the best part of your job?

A: I don’t know. There are some days it’s hard, but I love being on the air. I’m still sort of realizing that I can call anyone and ask for an interview, and they will probably say yes. That hasn’t really clicked yet, but it’s very exciting. I love all of it. I sometimes get stressed out, but it’s the best kind of stressed out I’ve ever experienced.

Q: How do you define indie music?

A: It’s so hard. When we program our music, we understand that people have different definitions of it. Indie used to mean “independent music,” but it’s become its own genre. Indie is almost impossible to explain. We play Talking Heads. We play stuff that came out before the indie label existed. It’s sort of “heritage indie” — the stuff that laid the groundwork for indie. If you work for a classic rock station, or a top 40 station, it’s easier to define what that is. But it’s more difficult for us. 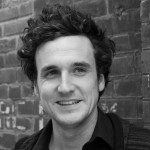 Is Ryerson’s student-athlete code of conduct too strict?