Douglas Coupland is best known for “Generation X” but he told the audience at last night’s event that “Hey Nostradamus!” is his favourite book he’s written.

Douglas Coupland is a Vancouver-based writer, designer and visual artist. He is best known for his novel Generation X, which gave a name and identity to a group of adults born after the infamous “baby boomers.” Coupland has pushed (or rather shoved) boundaries and norms in his lengthy resumé of short stories, novels and non-fiction. He’s not quitting any time soon.

Besides releasing a new novel in October, Worst. Person. Ever., he has also partnered up with Metro newspapers to come out with a serialized novella. The series, titled Temp, is already well underway with eight parts released, which can also be read online. The remainder of the 20-part novella comes out every weekday for the rest of November. Yesterday, Coupland came to Ryerson University to speak about his new series and collaboration with Metro. The Ryersonian live blogged the event here.

Coupland answered some questions for The Ryersonian about writing, his new novel and his partnership with Metro:

Q: You once said that fiction isn’t keeping pace with life and how we live it anymore. What can be done to change this?

A: Acknowledge that we live in a new era and stop pining for the past. If you pine for the past too much, your brain calcifies and you officially become depressing and people avoid you — which locks you into a downward warp of uselessness from which there is little hope of escape.

Q: Why didn’t you choose to publish Temp in an online format?

A: I can’t think of an online format that makes sense, even in 2013 … Temp is about making people see and accept the current era and seeing it as inviting and positive, rather than discouraging.

Q: What do you want readers to take away from Temp?

A: We are not surrounded by problems. We are surrounded by opportunities. The old ways of looking at culture are maybe broken. So then, what’s working?

Q: What’s your advice for students to keep their writing “in pace” with the way world is changing?

A: Be honest with yourself:  Do you really enjoy writing? Be honest. If you don’t — or if you’re doing it to please your parents, or because you’ve painted yourself into a corner with family and friends, just stop right away and figure out what it is you like to do, and then go do that instead. Readers can tell if you’re faking it and it’ll never work, so you’re just wasting your time.

Q: Was there advice you received as a student that helped you become a better writer?

A: Leave out the boring bits. I’m not kidding. My first editor, Mac Parry, asked me, “Would you want to read what you just wrote?” If you flinch even a little, then you’ve bunged it up and should reconceive what you’re doing or stop. It’s good advice.

Q: How do you think fiction can deliver the message of truth as opposed to non-fiction writing, like journalism?

A: Fiction as a form must generate an emotional bond with a reader. Non-fiction doesn’t have that. Each stricture generates its own freedoms and drawbacks.

Q: How does your newest novel, Worst. Person. Ever., attempt to push boundaries?

A: Many people don’t perhaps understand how prudish or locked-in their thinking is until it’s challenged. What’s swearing anyway? Fuck, shit, piss. How hard was that? Get over your personal internalized morality hit squad and look at the real world. Swearing is a part of language, always has been. And wherever you find profanity, you’ll also always find the sacred, but you have to conquer your internal prig. 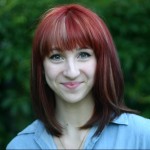 SIU called in after man dies during police standoff