RADmag looks to put print back on the map

Printed magazines are having a renaissance according to Graeme Montgomery, editor-in-chief of Ryerson Art+Design Magazine (RADmag).

The newest issue demonstrates a wide range of creative work from some of Ryerson University’s most talented students across the Faculty of Communication and Design. The magazine is a testament to faculty collaboration during a time when people doubt the longevity of print, according to its creators.

Montgomery and publisher Darci Jones have been contributing masthead members for three and two years, respectively. Working for a magazine was always something that interested Montgomery, and when he first saw RADmag, he thought it was unlike any other publication on campus. He started at the magazine as the junior graphic designer. 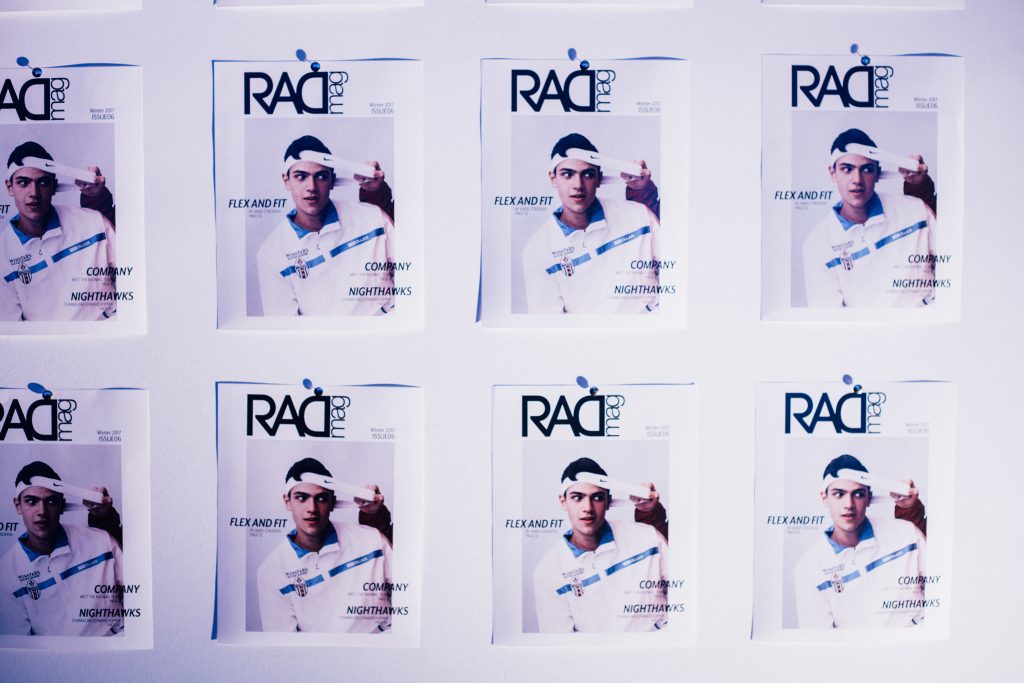 “The collaboration between interior design, fashion and photography has never been done before,” Montgomery says.

For the latest issue, Montgomery and his editorial team made changes to its design, fonts and colours after switching to a digital printer that allowed them to cut costs. Much of their funding comes straight from the Ryerson’s Communication and Design Society (RCDS), which is funded by students in the faculty through levies.

The issue costs $10 on newsstands.

When selecting content for the issue, both Montgomery and Jones looked for projects that were aesthetically cohesive with each other. “We try to normally go for a colour palette or flow of colours,” says Montgomery. This year’s issue presents an array of vintage colours throughout the different pieces.

Many of the magazine’s selected projects tell stories through images, something that both Montgomery and Jones wanted to push for when creating the new issue. RADmag’s past issues have had a strong focus on images, (as does this one) but lacked written content. In this issue, the pieces are accompanied by artist statements and written introductions by RADmag’s copy editors.

The first project featured is a series of portraits by third-year fashion communications student Nabra Badr.

As described in the magazine, the portraits showcase the beauty in diversity and highlight her message for racial and body inclusivity in the fashion industry. The powerful images is what makes RADmag special and an outlet for students like Badr to express themselves.

In terms of embracing the digital age, instead of concentrating their energy on student feature articles last semester they spent time launching their new lifestyle blog. It features special curated articles and pieces written by the masthead.

But don’t be mistaken, Montgomery and his team are continuously working towards keeping print alive – especially on campus.

“From what we’ve seen, people are still interested in purchasing a physical magazine,” says Jones, who along with being publisher also helped create connections with stockists across the city.