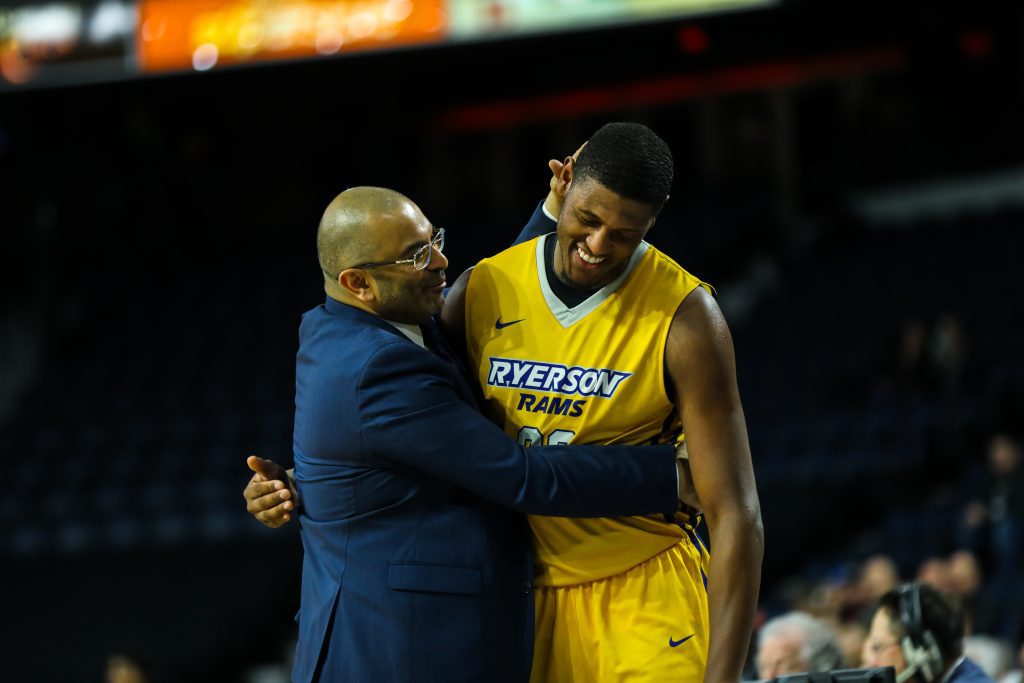 Juwon Grannum and Roy Rana hug as Grannum comes out of the game for the final time as a Ram. (Luke Galati/Ryersonian Staff)

HALIFAX — It’s heartbreak for the Rams.

The Carleton Ravens defeated the Ryerson Rams 78-69 in the men’s basketball championship game. Ryerson still takes home a silver medal, but silver’s not the colour they wanted.

For the Ravens, it’s their seventh consecutive championship, a marvel in the highly competitive world of university sports in Canada. Plain and simple, Carleton was the better team in this year’s final.

“It is going to take some time to heal these wounds,” said Rams point guard Myles Charvis. “But I still want to remember this feeling at the same time, because I don’t want to feel like this ever again.”

From the tipoff, Ryerson looked slow, unable to match the quick transition and ball movement of the Ravens. Head coach Roy Rana said after their semifinal win over the Dalhousie Tigers that if they continued shooting the way they did in that game, they would not win the final.

Ryerson continued shooting the way they did in the semis.

“We didn’t shoot the ball well all tournament,” said Rana after the game. “We found a way to win two games, and against Carleton you’ve got to shoot it well. We did at their place when we beat them and we didn’t today.” 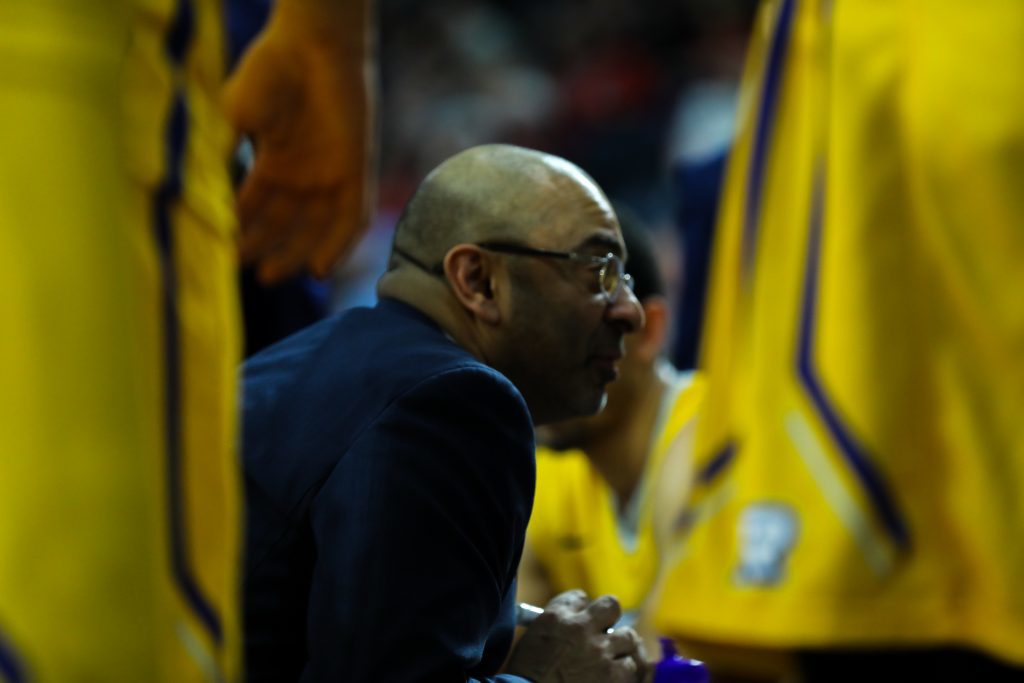 Roy Rana talks to his team in the fourth quarter of the 2017 national finals in Halifax. (Luke Galati/Ryersonian Staff)

The first half was dreadful for the Rams. The Ravens started the game with an 8-0 run and took an 11-point lead into the half. Midway through the third quarter, they were up by as much as 24.

The Rams fought back. The end of the third saw them go on a 14-0 run. They cut down what seemed an insurmountable lead to just 6 points.

Adika Peter-McNeilly led the way for the Rams, putting up 23 points and 4 rebounds, but the team had little support after that. The Rams shot 35.3 per cent from the field, while the Ravens shot 43.5 per cent. 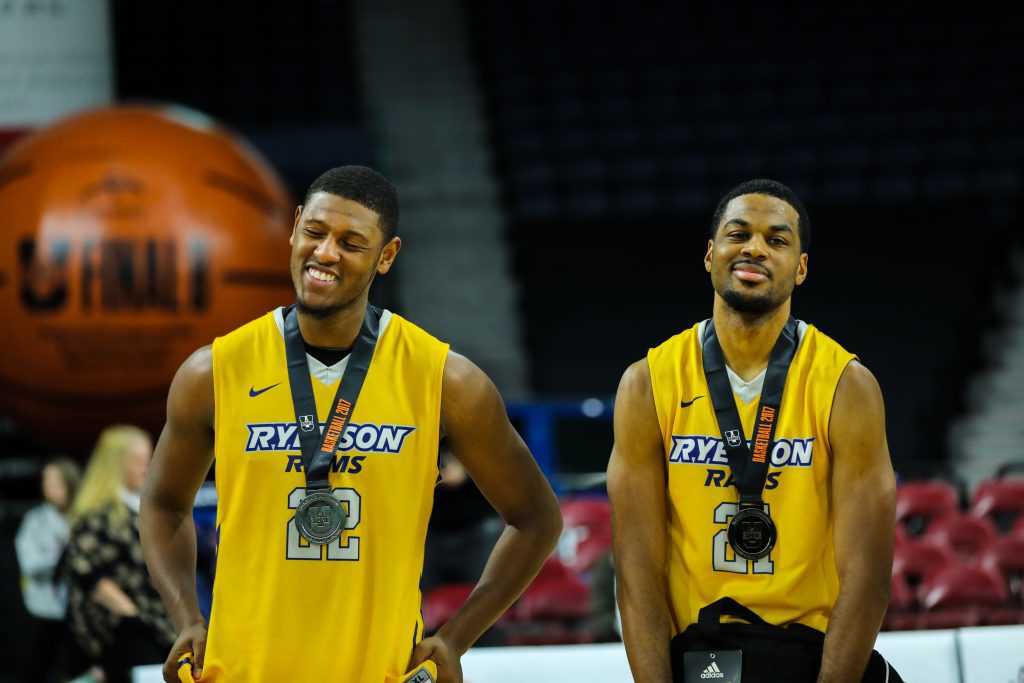 It’s a crushing defeat to the most successful season in the program’s history. Ryerson will go home with a silver medal and will look to improve on that next season.