BREAKING NEWS
A diary: what it was like leaving residence due to COVID-19
How to study at home for exams
Student groups are taking out the social from social distancing
Ryerson favourites fear what’s to come after COVID-19 closures
Ryerson offers relief fund for students financially affected by COVID-19 pandemic
HockeyRams AthleticsSportsTop stories

The Ryerson Rams have had their first taste of a new rule of Canadian Interuniversity Sport (CIS). In the first men’s hockey exhibition game on Sept. 12, overtime was played with one fewer man on the ice per side than usual.

“I actually had no idea that it changed until overtime started last game, when the ref came by and said we are playing four-on-four and then three-on-three,” said fourth-year Mitch Gallant, a Rams right-winger.

This season, if teams are tied after regulation time, the opponents will play five minutes of four-on-four sudden death overtime followed by five minutes of three-on-three, if needed. Games will go to a shootout afterward if the teams are still tied.

Bryan Crawford, Ontario University Athletics (OUA) director of operations says the OUA has “continued to look at the shootout” since it was brought into the game.

Crawford says the decision for the new rule was made last year, in the hope it would decrease the number of shootouts. He also says it helps the marketing of university hockey in Ontario because it is different.

Last season, there were nine shootouts in 279 OUA games. In the Atlantic University Sport (AUS) conference, there were four shootouts in 112 games. However, the Canada West Universities Athletic Associations (CWUAA), which already uses the new rule, had only one shootout in 112 games played. That works out to 3.2 per cent and 3.5 per cent in the OUA and AUS, which is noticeably higher than the 0.9 per cent in the CWUAA.

The OUA, AUS, and CWUAA are the three associations that play hockey under the CIS. However, each association is able to have different rules. This season, the AUS will be the only association in the CIS that is not playing with that overtime rule.

Last season, the Rams did not play a game that ended in a shootout. Over the last three seasons, they have been involved in only five, winning three of them.

The rule came from the OUA coaches. The sports committee supported the idea and the board of directors had the final say. It was voted on at the annual general meeting earlier this year.

Brian Lewis, referee-in-chief of the OUA and the Central Hockey League (CHL) and a former director of officiating for the NHL, also advised on the decision.

The Rams had an interesting first experience with the new rule, as the team was killing a penalty at the start of three-on-three overtime. Gallant said there was a lot of confusion when the penalty ended because it was unclear what the penalized player was supposed to do.

With it being early in the season, Rams coach Graham Wise says the team will practise four-on-four, three-on-three, and the four-on-three power plays. This way, players know what to do.

Gallant said he thinks, “there’s going to be more odd-man rushes. One guy gets out of the play and then it’s a three-on-two or a two-on-one.”

It also adds another element for coaches because they need to decide who they are going to put on the ice during those situations.

The CIS is not the only league making a change to the format of overtime. The CHL, American Hockey League (AHL), and United States Hockey League (USHL) are also changing their own overtime rules to include some three-on-three play.

Gallant says he doesn’t know how he feels about the new overtime rule because he likes the shootout.

However, he says he believes “it’s really going to showcase other team’s top players against our top players.”

This shows the break down of the percentages for games ending in regulation, overtime, and shootouts for the CIS (Canadian Interuniversity Sport), AHL, and NHL. Percentages have been rounded to the nearest per cent. The CIS is comprised of the OUA (Ontario University Athletics), AUS (Atlantic University Sport), and CWUAA (Canada West Universities Athletics Association). CIS overtime games include double overtime as well.  (Beth Bowers/Ryersonian) 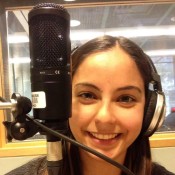