The Rams scramble for the ball during a game against UOIT Sunday, Oct. 26, 2014. (Lindsay Fitzgerald / Ryersonian Staff)

I remember a pre-season conversation in late August while I was working as a summer student with the Rams. It was with associate coach of the Ryerson men’s soccer team, Filip Prostran.

I asked Fil, as he is known by many, about how his team looked ahead of the season. Fil shook his head and simply said, “not good.”

There was plenty of doubt after coming off a season that went so well. In 2013, the team went undefeated all the way through to the Ontario University Athletics (OUA) Final Four, where it lost to the York Lions. Even with the loss, the team still made it to nationals in Fredericton, but came up empty handed.

Roster-wise, the Rams lost a Canadian Interuniversity Sport all-Canadian striker in Alex Braletic, and a solid defender in Michael Jan, just to name a couple. Yet expectations in 2014 were much different than the year prior.

Despite it all, the Rams cruised out to win their first eight games of the season and were ranked as high as No. 3 in the country in September. The coaches deserve a lot of credit for the team’s success.

Yes, the team had great seasons from players like 2011-12 Ryerson male athlete of the year Viktor Anastasov, who led the team with seven goals. Raheem Rose had himself an impressive inaugural season in a Rams uniform, striking four times and earning the OUA East rookie of the year honours – the fourth straight year a Ryerson student-athlete has received the award. Don’t forget Marko Miketic’s breakout season and stellar play from defender Kyle Stewart.

Ivan Joseph, Prostran, Kasy Kiarash and Markus Molder did a fantastic job holding the team together and guiding it through adversity. In late September, the team had a 35-game regular season win streak snapped at the hands of rival Toronto Varsity Blues. After the loss to the Blues, the team finished the regular season by going 4-3. They got past the University of Ontario Institute of Technology in the OUA quarter-finals before falling to the McMaster Marauders in penalty kicks this past weekend at the OUA Final Four semi-finals.

Some might consider this year a failure. But that’s not fair. Ryerson is proving to be a consistently successful CIS school. But the Rams have a coaching staff that can maintain that successful consistency and keep the team in contention for years to come. 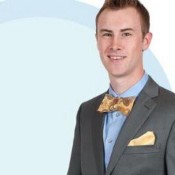 Q-and-A with ‘Islamophobe’ in viral video