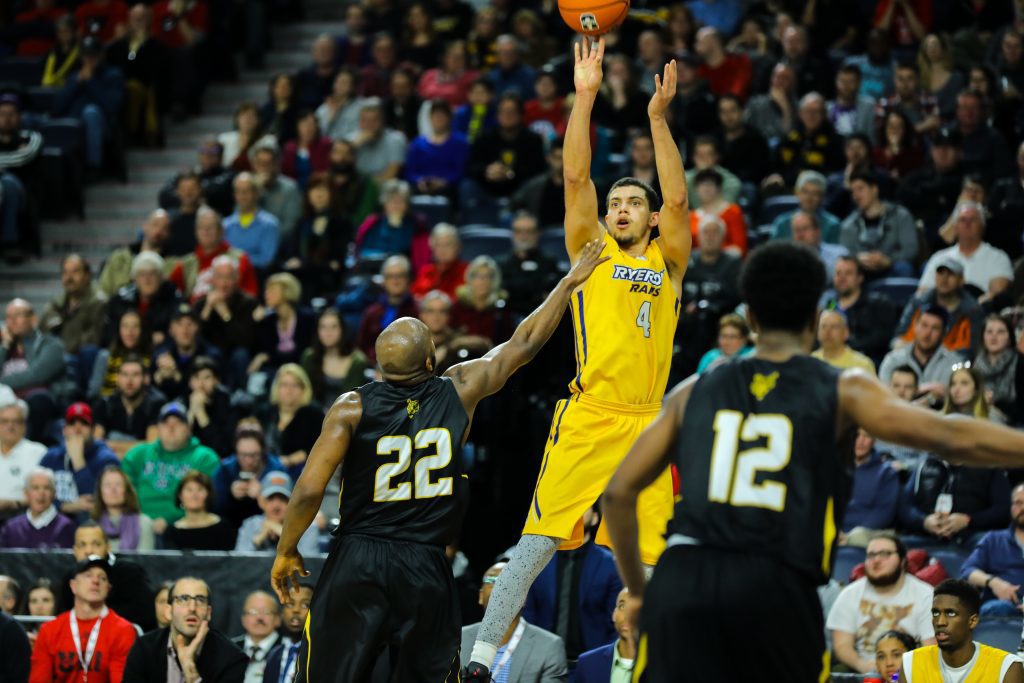 The Ryerson Rams are up 59-58, but Dalhousie has possession. An inbound pass gets the ball to Kashrell Lawrence, a 5th-year forward who has been mancing teams all weekend. He pivots, takes the ball inside. Three seconds left. He’s surrounded by Rams. Time is almost out.

He fires. A jump shot from just inside the three point line. A basket here and the Dalhousie Tigers are off to the national championship. It hangs in the air for what feels like an eternity, before landing on a rim. It’s heavy. Ryerson’s won.

It’s an historic win for Ryerson, but you wouldn’t know it from the players’ reactions. They nod their heads, hand out high fives and jog back to the bench. It’s the first time in the program’s history that Ryerson will play for a national championship, but they didn’t come here for silver.

“It’s a special win,” said Head Coach Roy Rana following the game. “I don’t think it’s really sinked in because we’re already moving on to tomorrow, but we’re saving it for a bit in the locker room and then get on the bus and try to get ready.”

The Rams, the number one ranked team in the country, will fittingly play the number two ranked Carleton Ravens, who have won the past six national championships. The Ravens are a very formidable team, having gone undefeated in the OUA regular season and spent the majority of the year as top top ranked squad.

5th-year guard Connor Wood leads the charge for the Ravens. Wood was named the Mike Moser Memorial recipient as U Sports Player of the Year. In his final OUA season, Wood put up a career-high 19.2 points per game and shot 50.8 per cent from field.

Wood will be playing alongside Kaza Kajami-Keane, another 5th-year guard scored 15.5 points per game had a conference-best 5.2 assists per game. Both Kajami-Keane and Wood were named OUA First-Team All-Stars.

“Certainly the challenge of Carleton is something that’s unique,” said Rana. “Because of what they’ve been able to accomplish historically in our country and our sport, so it’s a tremendous opportunity.” 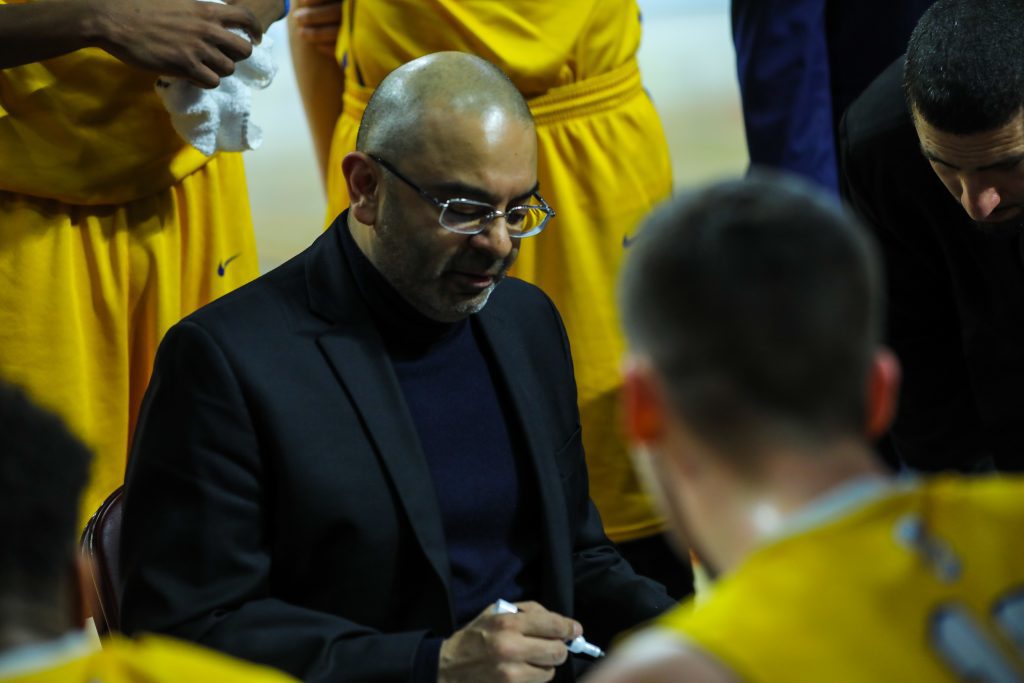 Roy Rana gathers his team in a huddle in the fourth-quarter of the national semi-finals in Halifax. Photo by Luke Galati/The Ryersonian

The Rams’ victory over the Tigers wasn’t a pretty one. The team shot only 35.6 per cent from the field and 18.5 per cent from three while giving up 21 turnovers. That sloppiness will likely play right into the hands of a well-polished and disciplined Carleton team. When asked if Ryerson can expect to win today shooting the way they did against Dalhousie, Rana had to stifle a laugh.

Ryerson adjusted its game against the Tigers to match their opponent’s gritty, physical style. The final promises to be a much more fast-paced, high-scoring game, with both teams emphasizing offense.

Look for strong games from Adika Peter-McNeilly and Juwon Grannum, who will both be playing their final game in a Ryerson uniform. It’s now or never.

The game gets underway at 1 p.m. EST and will be broadcasted by Sportsnet 360. Follow along with the Ryersonian for complete coverage.