BREAKING NEWS
Ryerson science departments give medical supplies to Toronto hospitals fighting COVID-19
Toronto’s global climate strike moves online
A diary: what it was like leaving residence due to COVID-19
How to study at home for exams
Student groups are taking out the social from social distancing
BasketballSports

The Ryerson Rams men’s basketball team took a four-hour trip to the Carrier Dome to play the Syracuse Orange on Tuesday, only to fall short 81-46.

The Orange, ranked No. 8 in the NCAA AP top 25 rankings, dominated play by creating turnovers and spending most of the game in Ryerson’s end. The team also used its size and defensive skills to deny Ryerson any decent chances.

“I’m a little disappointed that we were sloppy with the ball and turnovers,” said Rams men’s basketball head coach Roy Rana. “Obviously, their size was a problem on the offensive side.”

Even after winning by such a wide margin, Syracuse men’s basketball head coach Jim Boeheim was still unhappy with some of his team’s play.

“We’ve still got to continue to get better on the boards. I think getting up and down the court is another thing we still are working on. Knowing when to get it inside, stuff like that.”

Despite losing by 35 points, the Rams were not upset about the exhibition loss, but humbled with the experience.

“We got a chance to work against one of the best zone defences in the world and had some success, so we’ll take the positives out of it and try to get better,” said Rana.

Canadian teams do not often play in NCAA arenas. In fact, as far as Rana knows, this is the first time a CIS team has played at the Carrier Dome.

“We may be the first CIS team to ever play in this building, so it’s quite a special experience for our guys,” said Rana. “We always like testing ourselves against NCAA competition and this is very, very unique. I said to the guys on one of our time outs: ‘It only happens once, so you might as well enjoy it.’” 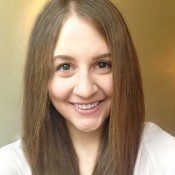