BREAKING NEWS
Why I, a student journalist, stopped reading the news
From the frontlines: a look into the lives of health-care workers a year...
Non-profit organization helps students find jobs in their field during the pandemic
Ryerson rolls out winter food relief program
Ryerson honours outstanding pandemic efforts
HockeyRams AthleticsSports

Best two out of three. That’s all it takes to advance in the playoffs.

But that’s all it takes to be eliminated too.

After disappointment in February, the Ryerson men’s hockey team is ready to hit the ice with the playoffs already in mind.

The men’s hockey team will lace their skates for the first time this school year, Friday night.

The Rams will be playing on home ice at the Mattamy Athletic Centre (MAC) with a pre-season opener against the University of Ontario Institute of Technology (UOIT).

Ryerson Rams logo on the boards of the Mattamy Athletic Centre. (Photo by Steven Ellis)

The regular season opener will see Ryerson starting the year in Guelph on Oct. 12, just days before their home opener against the team that eliminated them last year.

Last year, Ryerson was first in the west after the regular season. In the playoffs, they were eliminated early after a second round sweep by the Windsor Lancers.

Rams left-winger Matt Mistele, who is entering his second season on the team, said the  “playoffs were a bit of a letdown.”

A different season brings a different mentality for Mistele, a 2014 draft pick of the Los Angeles Kings. He said last year was tough, adjusting to school every day plus hockey.

“I don’t think it’s out of the question for us to win. But it’s just about coming together and being ready for playoffs this year,” Mistele said.

This season, Mistele’s ready to be a leader.

“This year, I’m older,” Mistele said. “There’s a lot of new guys on our team so I’m just trying to be a leader and win as many games as we can.”

The leadership core is something that will help the team as a whole, head coach Johnny Duco said.

“I think they give us tremendous leadership at the top that makes it real easy for the young new guys,” Duco said. “So they just learn the way from our veteran leaders and get in line and do things the right way.”

One of the new players for this season is defenceman Jared Walsh, who will play at a competitive level for the first time since his Ontario Hockey League (OHL) career ended with Mississauga two seasons ago. Now with the Rams, Walsh is ready for the pre-season opener.

“I’m looking forward to it,” Walsh said. “I’m excited, I’m open-minded for everything and ready to get back into the playing atmosphere.”

Despite being a new player, the Rams’ disappointing end to last season is still something he’s aware of when looking ahead to this year.

“Big expectations from last year,” Walsh said. “I know they were knocked out earlier than they wanted to be. So the bar’s set pretty high. We’re hoping to surpass what they did last year.”

Duco expects a fast-paced playing style out of this year’s team.

The team practises five days a week, for two hours. There’s also a team workout after two of those days.

With a large amount of practice time and a full season ahead, there is more of a long-term goal at play. 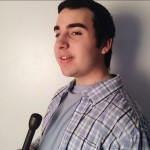