The Ryersonian spoke to several coaches and players about Bryant’s impact on the sport, his legendary career and his post-career advocacy for women’s basketball.

The Ryerson Rams men’s and women’s basketball teams took to the court with heavy hearts this week. They — along with other basketball players, coaches and fans around the world — mourned the loss of Kobe Bryant, 41, and his daughter Gianna, 13, who died in a helicopter crash, along with seven others.

The Ryersonian spoke to several coaches and players about Bryant’s impact on the sport, his legendary career and his post-career advocacy for women’s basketball.

‘A dream of meeting him someday’

Jayden Frederick, the leading scorer of the Ryerson men’s basketball team, says that Bryant was his favourite basketball player. He not only admired Bryant’s basketball skills and accomplishments, but how intelligent and well-rounded he was off the court. For example, Frederick cites how Bryant spoke several languages (including English, Spanish, Italian and Mandarin). Frederick says he wishes he had met Bryant.

“I had a dream of meeting him someday,” Frederick said. “I thought that was going to come true.”

Frederick says he was in tears after finding out about the helicopter crash, which he learned from a group message from one of his Rams teammates. He said it was heartbreaking to hear that Bryant’s daughter and seven other people also died.

“We don’t really talk about the other people (involved in the crash),” Frederick said.

Frederick adds that the tributes to Bryant have been touching. He says he’ll never stop watching highlights of his favourite player.

“I like how people are honouring him,” Frederick said. “I’ll definitely remember him forever. My whole life, for sure, I’m going to watch him.”

Rachel Farwell, starting forward for the women’s team, says she will not only remember Bryant for his play, but for his post-career promotion of the sport — especially for women.

“It’s really admirable to see all the good work that he was doing for the game and for, specifically, women in sport,” Farwell said.

Farwell says it was “tragic” to learn of the deaths of both Bryant and his daughter.

“It’s just something you can’t really believe,” Kokko said. “You see him on TV, he’s a superstar. Not just on the court, (but) off the court.”

Kokko says it’s a shame that Bryant’s post-career success, as well as his daughter’s potential career as a women’s basketball player, was cut short.

Bryant coached his daughter’s basketball team and often talked about how Gianna, who went by the nickname “Gigi,” was hoping to play in the WNBA someday. Gigi’s passion for the sport led her father to become a major advocate for women’s basketball.

“It was exciting to see what he would do after his career was done,” Kokko said. “He was doing a lot of great things.”

Kokko was never a huge fan of Bryant as a kid, but with age, he says he grew to appreciate Bryant’s game. He most admired Bryant’s ability to play through any injury, like when he famously played with a fractured finger for months on end.

“I really (adopted) his mental toughness with injuries,” Kokko said. “So, for my game, I try to play through everything, unless it’s a detriment to my team or myself.”

Mouhamed Ndiaye, a reserve guard for the men’s team, says Bryant was “an inspiration” to him growing up.

“I used to watch his (highlight) videos,” Ndiaye said. “His work ethic and everything about him — I just tried to pick up some stuff from him.”

Ndiaye commends Bryant’s prowess as a leader both on and off the court. He says it’s difficult to capture the scope of Bryant’s impact in words.

“I don’t even know what to say about it,” Ndiaye said.

‘An advocate for women’s basketball’

Carly Clarke, head coach of the women’s team, says that Bryant’s promotion of women’s basketball was huge for the sport.

“It was great to see how he was such an advocate for women’s basketball and certainly involved in his daughter’s career,” Clarke said.

She adds that the women’s game needs more people like Bryant.

“It’s great that people of that calibre are recognizing (the quality of women’s basketball),” Clarke said.

‘An idol in the game’

“(Bryant) had a tremendous impact,” said Borko Popic, head coach of the men’s team. “He’s an idol in the game and a legend.”

Popic notes how most of the team’s players, and even the coaching staff, grew up watching Bryant play basketball. He says that even though none of them knew Bryant personally, it felt like they did.

“You get attached to some of these athletes, even though you don’t necessarily know them, but you feel like they’re a part of who you are,” Popic said. “So, it’s not an easy time for a lot of players.”

Popic says that for he and his players, Bryant’s death was “heartbreaking.”

“It’s almost like a family (member dying) in a way, even though it’s a distant family,” he said.

Hayley Robertson, starting guard for the women’s basketball team at Ryerson, didn’t choose No. 24 because of Kobe Bryant. She wore No. 4 for three seasons at the University of Vermont before transferring to Ryerson, where she chose No. 24 — her father’s old number — because Rams guard Marin Scotten already wore No. 4.

Though Robertson’s number choice wasn’t inspired by Bryant, she still says that his work ethic and “Mamba mentality” motivated her as a basketball player growing up.

Bryant, nicknamed “The Black Mamba” during his NBA career, often talked about his “Mamba mentality,” which referred to his relentless willpower and drive to improve as a basketball player.

“It’s inspiring to know that if you put hard work and dedication into something, that you’ll get results,” Robertson said.

She adds that Bryant’s commitment to women’s basketball went a long way. Robertson says she was also heartbroken by the other eight lives lost, including Gigi.

“It looked like (Gigi) was about to take the women’s basketball world by storm,” Robertson said. “I was really excited to see that.” 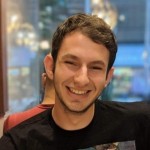