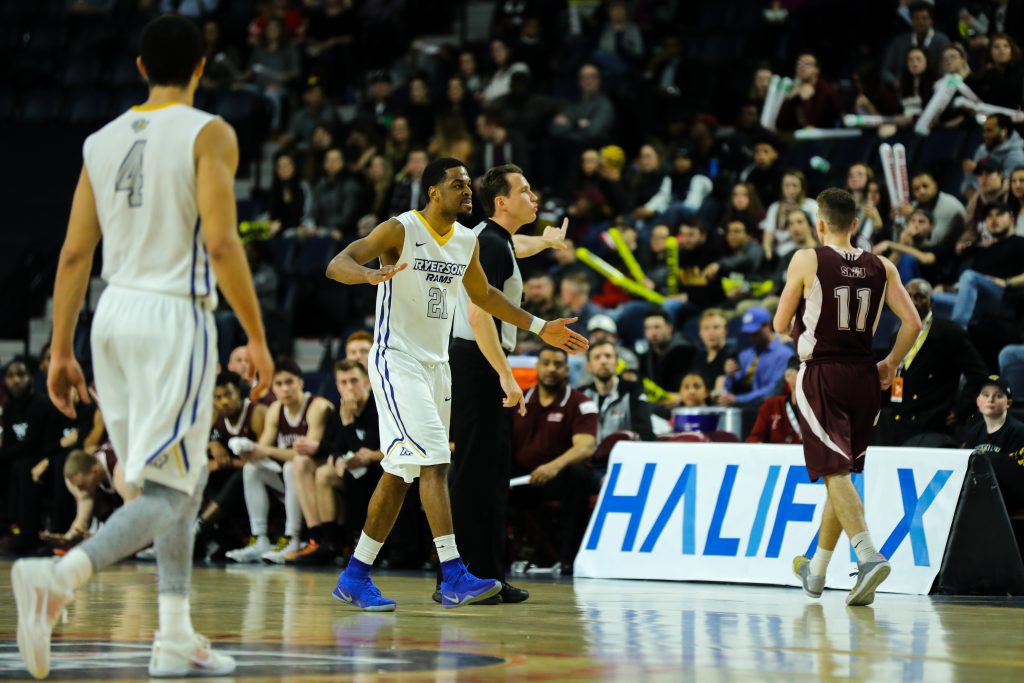 Adika Peter-McNeilly celebrates after scoring a three in the fourth quarter of the 2017 men’s national championship quarter-final. (Luke Galati/The Ryersonian)

HALIFAX – The Ryerson Rams have won their first game at the U Sports Final 8, beating the St. Mary’s Huskies by a score of 79-70.

For the Rams, it was a tighter contest than most expected. The Huskies capitalized on Ryerson’s sloppiness and played a great game themselves, egged on by an energetic hometown crowd.

“I think we have to give a lot of credit to St. Mary’s,” said head coach Roy Rana after the game. “They just came out and they played their hearts out. They left nothing on the table…Tons and tons of respect for that team. They showed a ton of toughness.”

Brian Rouse and Theon Reefer led the way for the Huskies with 17 and 15 points respectively, while Ammanuel Diressa was Ryerson’s highest scorer with 24 points and 7 rebounds.

Ryerson started the game well. Two three-pointers by Ammanuel Diressa helped the Rams take an 8-point lead into the break. But the team was outplayed in the second quarter. 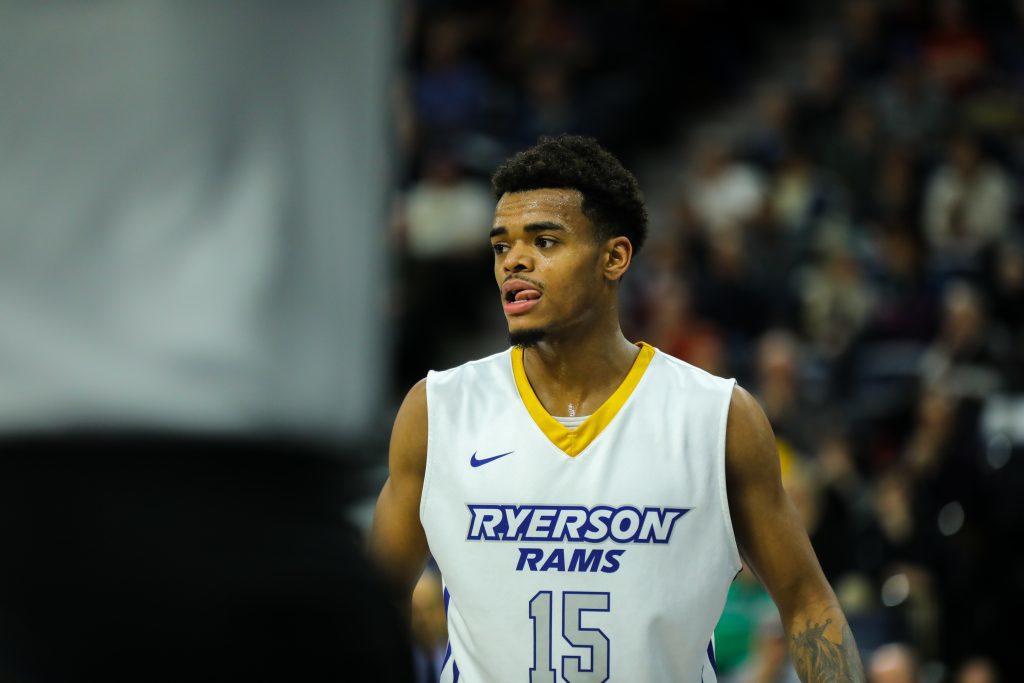 The Huskies outscored the Rams 25-21 in a frantic second quarter. The Rams were plagued by sloppy turnovers and weak defence. The Huskies, who led in rebounds 30-17 at the half, dominated the Rams at the rim.

Ryerson got its game somewhat back on track in the third, opening up to a 6-point lead. But with no spell of dominance anywhere in the game, the game was neck-and-neck right to the end.

The Huskies mounted a comeback and got the game to within a point with around three minutes remaining. The hometown fans had hope until the very end. But with two minutes remaining, Adika Peter-McNeilly had back-to-back three point plays, giving his team a 7-point lead going into the last minute. Ryerson would hang on from there.

A win is a win, but Rana still expects a lot more from his team over the rest of the weekend. Rebounding is a particular concern for him. The Rams were outrebounded 52-35 in Thursday’s game.

“It’s pretty simple. If we get pounded on the glass like we did tonight, we’ll be out next round,” said Rana. “We got lucky today. They really took it to us and we found a way to make big shots down the stretch but, to be honest with you, I’m not sure we deserved to win this game.”

The Rams will play in the semifinal Saturday, March 11 at 2:30 p.m. EST against either the Dalhousie Tigers or the Alberta Golden Bears. 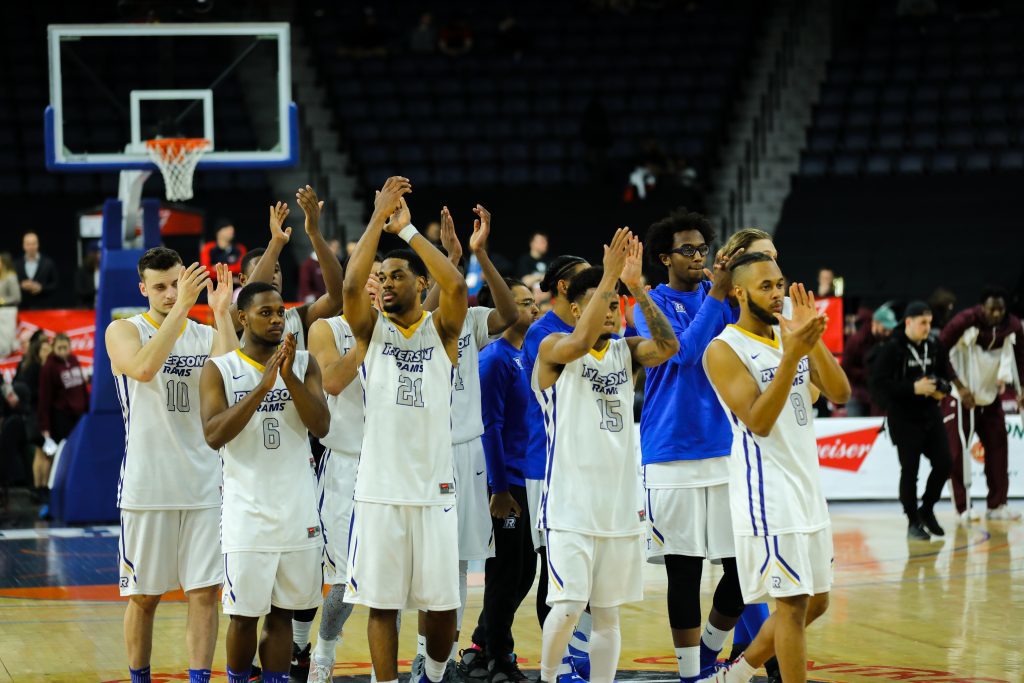 The Ryerson Rams salute their fans after their 79-70 win Thursday night in Halifax. (Luke Galati/The Ryersonian)