Rams still searching for a home 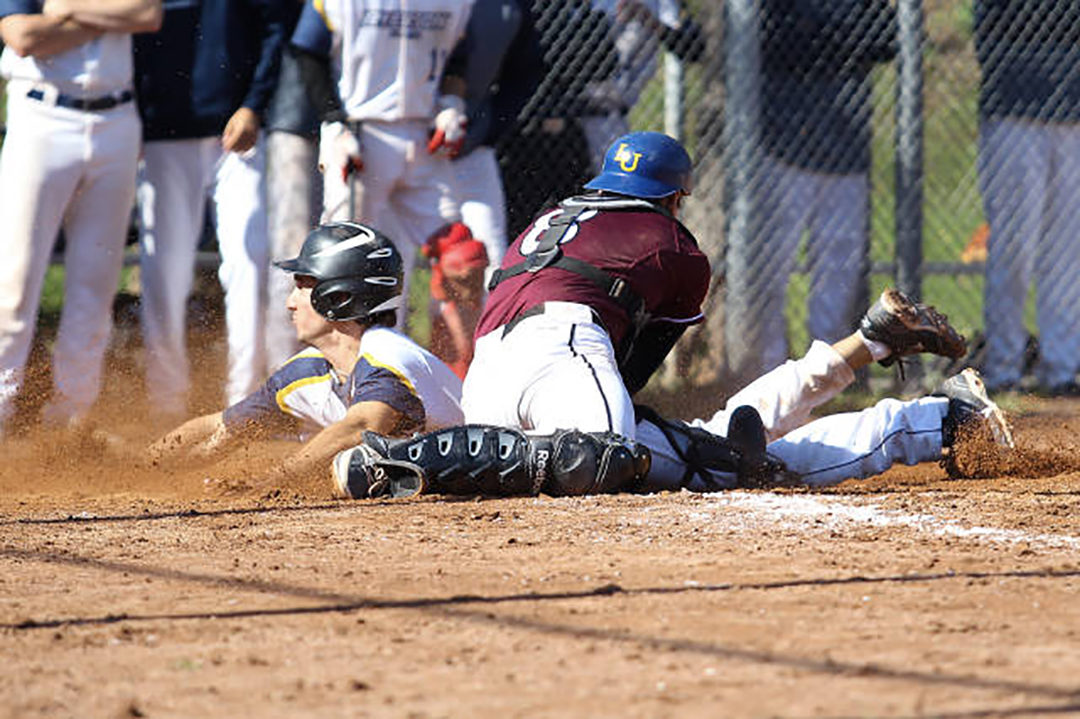 Mark Tari and the Rams were at home, but nothing made them feel that way. Despite their 10-5 victory over the McMaster Marauders, they knew that the opposing team had more fans cheering at the Bond Park baseball game.

It was an October day, ideal for baseball. The sun was shining, but it wasn’t enough to bring Ryerson students out to the North York park to cheer on their team.

When the Rams won, Tari and his teammates rushed towards each other to celebrate. They’d made the playoffs for the first time, with only their parents in attendance.

Tari went home to Woodbridge after the game while some of his teammates took the hour-long trip back to campus to enjoy a celebratory drink.

“Some of us were too far from campus to go and celebrate,” said Tari, a shortstop on the team. “That would have been an extra hour and a half of commuting. After a couple of games and how tired you are, it’s just too much.”

With a lack of space to build a home field on or near Ryerson’s downtown campus, the baseball and soccer teams are constantly on the road. Not only do they have to travel to games as both guests and hosts, but they also spend most days of the season training in a facility that isn’t theirs. Next fall, fastball will join the list of teams that fans will have to travel outside of downtown Toronto to watch compete.

But that all may change soon.

“Our hope is to be able to find (a home field) in the next year. That would be in an ideal and perfect world,” said Ivan Joseph, Ryerson’s director of athletics.
President Mohamed Lachemi said the search for a field is a priority for Ryerson. The school is currently looking at multiple field options, but the president did not specify what these options were or how much such a venture would cost.

“I’m a big soccer fan … and I’ve actually been to some of the games where we go elsewhere, so I understand that there is a need for us to have something close,” he said. “But also there is a need to get something that can meet all needs.”

He said that while he hopes to sign an agreement by next season, they first must ensure that the field can accommodate different sports (including baseball, soccer, fastpitch and potentially football) as well as both recreational and intramural needs. Finding such a space is difficult in downtown Toronto, he added. 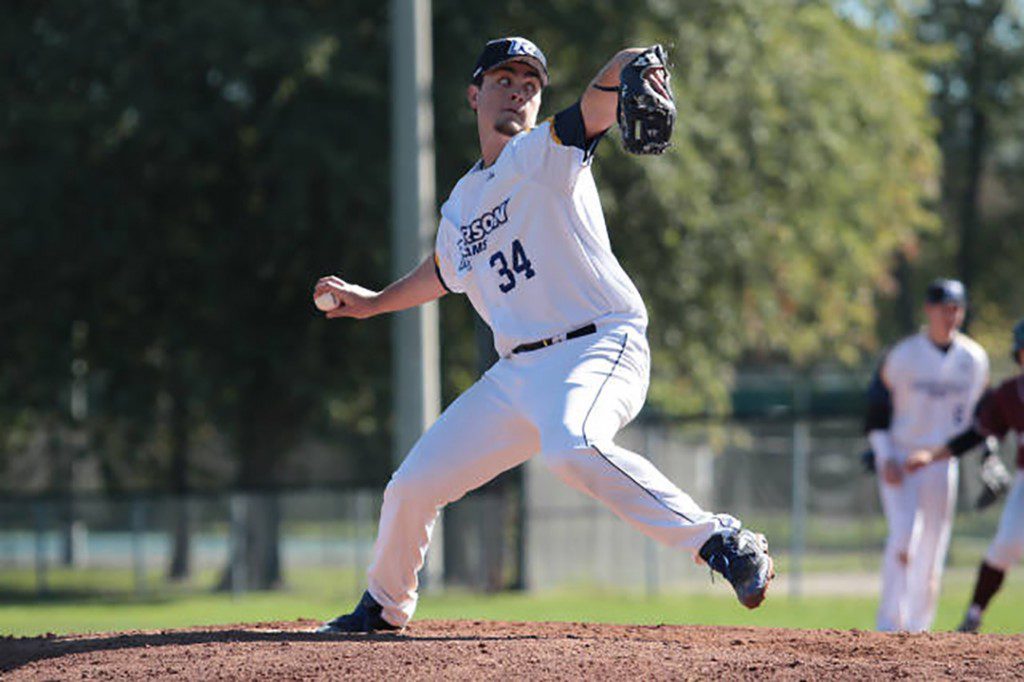 The men’s baseball team had to travel to six different fields to host its opponents during the 2015 season. None of the fields was in downtown Toronto.

This was the result of losing Talbot Park last year, which is an approximate 20-minute drive from campus, after it experienced flooding problems.

“It was tough, because there were certain days where you would tell your family to come and watch, then you end up having to tell them the field was switched,” Tari said. “So basically, besides my mom, I don’t know anybody else that was watching our games.”

Tari labelled the baseball program the “ghost team” at the beginning of the year since many students didn’t even know it existed. Things started to change near the end of their season, when the

Rams made their first-ever playoff appearance in the three-year history of the program.

Jared Armstrong, a Rams outfielder, is also the leader of the Rams Pack, a group of students that makes it a goal to create a supportive fan environment for Ryerson teams. But because the baseball team’s winning game was so far away, the Rams Pack didn’t make an appearance.

Armstrong says that winning is the best way to draw fans, but they’re also looking for more ways to get students involved — a difficult task at a commuter school.

“We want to give the opportunity for people to come out and support us,” Armstrong said. “With the fact that our home field has been in limbo … a fan bus is an idea we want to use to get people out to where they need to be.”

The men’s and women’s soccer teams have experienced the same problems.

Without a home field, both soccer teams practise and play their games at Downsview Park in North York. This makes it almost impossible for fans to attend.
“It takes two and half to three hours just for the training session, then about an hour and 15 minutes to get there and back, each way,” said Jacob O’Connor, the 2015 Rams soccer captain. “That’s about five and a half hours a day, and we train every day of the week. It just takes up a lot of time. It’s definitely a major obstacle. It’s sort of hard to balance everything with that commute.”

If the school is able to find a home field for all teams by next season as Lachemi and Joseph hope, it’ll be the end of a long search.

In 2013, the Rams soccer team almost moved to Central Technical School’s field, but had to withdraw after excavation for a sports dome revealed carcinogenic heavy metal contaminants including zinc and lead.

Regent Park’s soccer field, just minutes away from campus, opened in 2015, but Joseph decided not to request access to the facility.

“It takes two and half to three hours just for the training session, then about an hour and 15 minutes to get there and back, each way.”

“We’re always looking for someplace close,” Joseph said in a November 2015 Ryersonian article. “But they already had a partner — there’s only so many ways to slice a pie.”

The challenges that come with commuting is something Joseph has experience with after coaching the Rams men’s soccer team for six seasons.

The hours spent travelling to games and practice can also take away from players’ study time, hurting their academic performance.

“It takes away from students wanting and being able to study, and most importantly we can’t get our students that want to enjoy the game to come as fans,” Joseph said.

Having a home field can make a huge difference. Both the University of Toronto Varsity Blues and the York University Lions soccer teams have home fields, and both of those teams finished with 2015 Ontario University Athletic (OUA) playoff medals. The Rams did not. 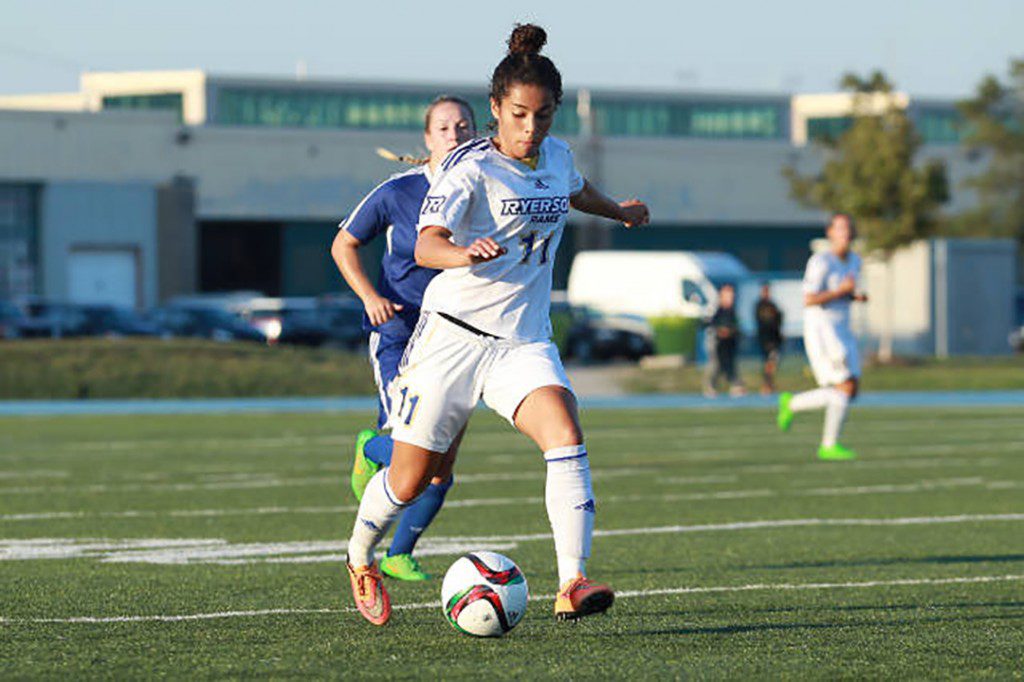 Ryerson’s men’s and women’s volleyball, basketball and hockey teams have benefitted from having a home at the Mattamy Athletic Centre (MAC). The Rams Pack is at its best at the MAC, cheering on these teams as they made three Canadian Interuniversity Sport (CIS) appearances in the 2015-16 season.

Keneca Pingue-Giles, the 2016 CIS women’s basketball player of the year and team captain, says that having a group like the Rams Pack has helped build Ryerson’s sports culture since moving to the MAC.

“They really help get through the tough parts and situations in games,” she said about the Rams Pack. “You can see with how wonderful our records have been, that the way they cheer us on during games is correlated with our success.”

By building a field for the baseball and soccer teams, some hope the Rams Pack will be able to build as much support as they do for the teams that play at the MAC.

For one of Ryerson’s newest teams, the women’s fastpitch team, the search for a field cannot end soon enough.

Currently composed of 15 already-enrolled students, the team will start its first season as part of the Ontario Intercollegiate Women’s Fastpitch Association (OIWFA) in fall 2016.

They’ll be joining the men’s baseball team on the road, a hardship that will become even greater when the City of Toronto closes its baseball fields in October.

“I came for the academics at Ryerson,” said Carly Cosgrove, a member of the fastpitch team. “I really liked the campus and the atmosphere. That’s why I chose Ryerson. Having a fastpitch team now is just a bonus.”

Cosgrove, who’s played nationally for the Quebec softball team, says that she doesn’t mind travelling to games because of the bonding experience she’ll have with her teammates. With many other talented players on the team, she also expects them to do well in the 2016 season, raising their chances of acquiring a home field.

Life on the road for the Rams, helped create its own benefits. Some teams might not have a crowd of fans for support, but all they had to remember is that they “wanted to play for each other.”

“We always realize after every one of our road trips how much closer we are, even after one night in a hotel or two days on the road,” Tari said. “It wasn’t just about going to the field, and not seeing each other after. We spent time on the road and that had a lot to do with our team chemistry.”

HOW CANADA COULD LEGALIZE MARIJUANA IN 2017