The Urban Gateway team considered abandoning the Victoria Street Lane redesign competition when two of the five members decided to leave the group just two weeks before the submission deadline because of differing visions for the project and other commitments.

Despite this set-back, persistence paid off for the team as their design was announced the winner of the competition Feb. 19.

“We’re just so excited that it’s not just a winning concept on paper … it’s something that’s going to be built,” said team member Amanda Scarlato, a fourth-year interior design student.

Eight designs were submitted to redesign the neglected lane that serves as an access point to campus behind Lake Devo.

Public votes selected the three finalists – The Urban Gateway, The Bike Stop and Victoria St. Laneway SURP – which were announced Feb. 6 on Projexity, a crowdsourcing website that is hosting the competition.

Andrew Furman, a professor in the school of interior design, was one of four judges who selected the winner from the three finalists.

He said what stood out to him in The Urban Gateway design were the ceiling effect of the lights strung above the laneway and the way the design directly addressed the different sections of the bike mural painted on the side of the Victoria building.

“(The Urban Gateway’s) scale, its whimsy, its gesture of something that encourages people walking there so they feel safe at all times of the day is definitely what we were looking for,” Furman said.

Nicholas Ager, project manager of AIAS Revitalization group, the student group that organized the competition, said the next step in the project is to tweak the design to get it ready for crowd-funding.

Ager, a fourth-year architectural science student, said the target budget for the final project is still $30,000.

According to The Urban Gateway’s original proposal, the estimated cost of fully implementing the team’s design came in just under budget at about $29,500.

The public will be able to donate to the renovation via the Projexity website for 60 days starting April 23.

The university will also provide financial support. Ager says the amount is still being discussed with Julia Hanigsberg, Ryerson’s vice-president of administration and finance. 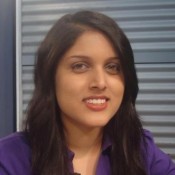