The feeling I have on Remembrance Day can only be described as a form of identity crisis.

Who do I have to remember? A crowd of nameless bodies dressed in uniform and covered in dried mud that I respect but with whom I have no personal connection.

Though I was born here and hold a Canadian passport, on Remembrance Day of all days, I find it very hard to feel Canadian. I wear my poppy but feel I’m not fully entitled to it because I’m Tibetan. I’ve dealt with this confusion countless times and only recently have things become clearer to me.

There was a time when politics and cultural identity were not burdens in my heart.

In elementary school, I was one of the only kids to make a huge fuss about Remembrance Day. I volunteered to recite In Flanders Fields in front of the school with my classmates and I still know those lines by heart.

When kids would play with their poppies or take them off during memorial ceremonies, I’d shoot them dirty looks, wondering why they thought that behaviour was acceptable.

I remember standing in class at 11 a.m. for a moment of silence for those who served their country. Closing my eyes tightly, I remembered those who lost their lives so I could be safe.

In that moment, I was just like any other kid in my classroom. However, as I got older, my perspective began to change. It was probably sometime in high school when I started having mixed feelings about Remembrance Day. I suddenly felt my views on Remembrance Day were beginning to feel forced. There were the veterans in the mall wearing poppies, the overwhelming number of world war documentaries regularly airing at the beginning of November.

It began to feel like it was being forced into my brain to feel sorrow on this occasion. Despite the day meaning a lot to me when I was little, Remembrance Day turned into something I didn’t want it to.

This is where my confusion comes in: while I attend memorials on this day of the year and wear my poppy along with many other Canadians, I am torn in my feelings of sorrow.

Friends on Facebook would post photos of their grandparents and other relatives who had served their country in the past. They were honouring them for their valiant effort, something I respected.

The doubts began to hit me. Who do I have to remember? Who should I remember on Remembrance Day, when our sole purpose as Canadians is to remember? I’m sure there is someone I can thank for my very existence, other than my mom and dad. Unfortunately, it seems I’ll never get the chance to meet them.

For those of you who don’t know, in October of 1950, Radio Beijing officially announced the invasion of Tibet by 40,000 Chinese troops. The same year, a 15-year-old boy named Tenzin Gyatso was given full power to rule Tibet and named the 14th Dalai Lama.

The situation continued to escalate in Tibet and things came to a head on March 10, 1959. Nearly 300,000 Tibetans surrounded the Potala Palace, the residence of the Dalai Lama. Their spiritual leader was planning to travel the world and there was fear that he may be abducted.

When protesters refused to leave the area, Chinese troops responded with fatal force and a full-scale uprising began. This led to the violent deaths of many innocent Tibetans. Millions of Tibetans have died since under the inhumane Chinese occupation of Tibet.

This is where my confusion comes in: while I attend memorials on this day of the year and wear my poppy along with many other Canadians, I am torn in my feelings of sorrow.

In my mind, two images appear. A young Canadian boy in uniform, covered in dirt and blood, with a smile on his face. And a second image, a young Tibetan boy in traditional Tibetan attire, also covered in dirt and blood, a smile on his face. I realize that there is no reason to pick. There are no sides to take. Both these boys are figments of my imagination. Perhaps they did once exist and most likely lost their lives so that others may live. That alone deserves my remembering them.

Remembrance Day shouldn’t be simply about remembering someone who shares the same name or nationality as you. It should be about appreciating and thanking those who made a sacrifice that none of us have had to make.

On Tuesday, I chose to remember the countless Tibetans who have died and continue to die for the freedom and independence of Tibet.

I remembered them along with the Canadians who have served and continue to serve this country.

I remembered all those countless faces who I have no personal connection to because while they may go by forgotten for the majority of the year, on this one day, Nov. 11, they deserve to be remembered for doing something that I know I would never have the balls to do.

Even though my true identity remains in Tibet, Canada has still offered my family and me a home and an opportunity at something new. I often think about what my life would be like had I been born in Tibet and I know that things would not be as easy as they are here.

My mom and dad came here as refugees with very little and have grown so much because of the opportunities provided to them here in Canada.

The freedom that they did not find in Tibet but have found here is all thanks to those countless faces and those souls who I will never meet but who I remembered and appreciate this year on Nov. 11.

But enough about me.

I hope you wore your poppy and were proud of the effort made by your countrymen for people like me. I hope you didn’t wear the same poppy that you had for years. I hope you made a donation and took the time to remember someone, anyone.

I hope you’re proud of being Canadian.

Because there are others like me who don’t feel entitled to wear poppies but still do in hopes that Remembrance Day doesn’t become just any other day of the year. 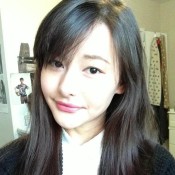