Report: Tuition still on the rise

In less than the time it takes to finish a four-year degree, tuition will increase by 13 per cent, according to a recent study released by the Canadian Centre for Policy Alternatives.

Rising tuition is nothing new, but the steep increase means annual average fees will move from $6,610 to an estimated $7,437 by fall 2016.

“As funding for post-secondary shifts from public to individualized tuition fees, the entire system becomes more regressive,” said Erika Shaker, co-author of the CCPA study, “and it’s the wrong direction we should be moving in.”

The predicted increase will hit Ontario undergrads the hardest. Students here pay the highest tuition fees in Canada and for them university and compulsory fees will surge from approximately $8,403 to $9,517.

“The Ontario government and the Canadian government in general haven’t been listening to what students have been asking for; and that’s for a system that tries to make post-secondary education, which is a right, affordable and accessible to all students.”

Alastair Woods, chairperson of Canadian Federation of Students – Ontario, is similarly outraged with the continual increase in tuition fees. “In many cases (the government) treats college and university education as an episode of Extreme Couponing,” said Woods.

“Students can apply for any number of grants or special bursaries or loan forgiveness … but of course what that does is just create a massive amount of red tape and oftentimes the money that’s committed to these grants and programs doesn’t go to the people who need it the most.”

The Ontario government did lower the cap on tuition hikes from five to three per cent annually this past spring. The cap, which will remain in place for the next four years, will only save students about $300 each year. And it will also reduce the number of grants schools can offer students.

The RSU rallied for lower tuition fees in April, yet only a handful of people showed up.

Genta Kaca, a third-year sociology student, was one of the few people who did show up. “I think most (students) just gave up hope on tuition decreasing,” said Kaca.

Kaca said if she were just starting school and had to deal with the 13 per cent increase over her undergraduate career, she would still enrol, “but I just wouldn’t like the fact it’s so costly.”

Shaker has acknowledged that there are significant amounts of money being put towards postsecondary education, but the way in which that money is being applied isn’t enhancing the affordability of post-secondary school for youth.

“The absolute wrong starting point is to assume that we can’t expect better. The good news is the recognition that the system is increasingly unsustainable … has hit home.” 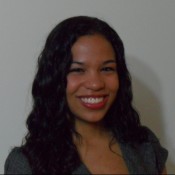