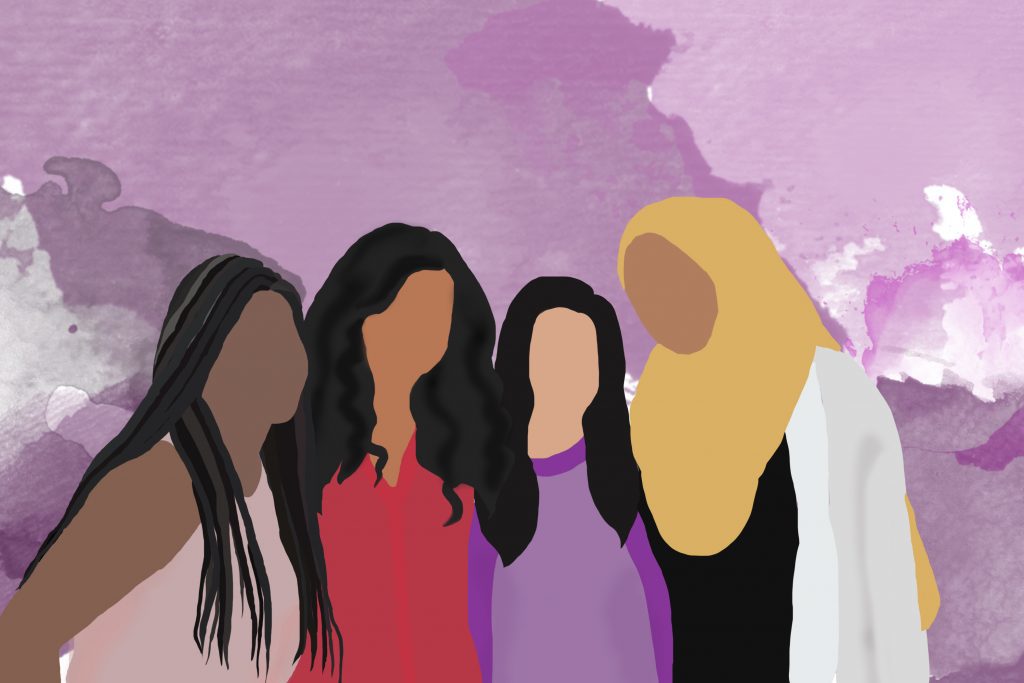 I’m less than six weeks away from graduating and I can still remember standing in the middle of a crowded Gould Street during frosh week, feeling pressured to “get involved” with groups on campus. Friends and family would constantly tell me, “the most important thing for you to do is to join groups on campus.” So there I was during frosh week in 2014, walking down the street lined with tables, scanning all the possible places I could fit in, taking flyers and information sheets from places I knew I had no interest in.

The only groups representative of my identity were the Pakistani Students’ Association and Muslim Students’ Association. Although these groups are relevant to my identity they seemed limiting, as I am a Pakistani-Muslim woman. My gender positions me differently in both my cultural and religious communities. I was looking for a place to meet women of colour like me — where was that group?

I’ve come to learn that there is a serious lack of groups for women of colour on campus. With many feminist movements emerging, it’s important to discuss what this university is doing to be inclusive towards women of colour who are fighting for equal rights as women, and racialized women.
Arezoo Najibzadeh, an arts and contemporary studies student and founder of the Young Women’s Leadership Network, said that women of colour must have a platform to address their own personal needs.

“Women of colour aren’t a monolith,” said Najibzadeh. “The needs of racialized immigrants are different than those of an Indigenous woman, for example, so we must engage with different communities and let them take the lead on addressing barriers for their engagement and success.”

On my hunt for representation, I found a collective on campus called the Racialised and Indigenous Women’s Collective, which is sponsored by the Centre for Women and Trans People and Racialised Students’ Collective. What I found was that there isn’t enough publicity or recognition for their initiatives. As the only group on campus dedicated strictly to racialized and Indigenous women, 18-year-old me would have been thrilled to see it that day during frosh week.

I urge Ryerson to take a stand in encouraging intersectionality and representation for racialized women. As new first-year students are welcomed in September, I hope a girl like me finds a place where her identity is acknowledged.