Speaking at a news conference at the hospital Wednesday evening, Cohen said the cancer is exceptionally rare and difficult to treat, with 60 different cell types that invade soft “fatty” tissue.

Ford will start chemotherapy within 48 hours. The treatment is expected to continue for two 21-day cycles, Cohen said, after which the tumour will be reassessed for further treatment, with radiation or surgery still possible.

Cohen said he considers the tumour “fairly aggressive,” adding there was no indication of a mass on CT scans in 2011 and it must have grown fast to reach its current size.

The success rates for liposarcoma are unknown, due to its variable nature.

Cohen says Ford’s medical team is optimistic, and that Mount Sinai Hospital has one of the largest sarcoma research centres in Ontario.

Ford has been hospital-bound for the past week, after he was admitted last Wednesday to Humber River Hospital’s emergency room for intense abdominal pain.

The city then experienced a tumultuous few days, with Ford forced to drop out of the mayoral campaign, taking the place of his nephew as a candidate for Ward 2 councillor.

Ford’s brother, current Ward 2 Coun. Doug Ford — who previously said he was retiring from municipal politics when his single term is up —  stepped in at the last minute to keep the Ford family name in the mayoral race.

In a statement to media, Coun. Ford said, “I can’t begin to share how difficult this has been for Rob and our family… Rob will beat this.”

Outside city hall, mayoral candidate Olivia Chow wore yellow in support of Ford, saying, “Since Mr. Ford is so strong and he’s such a good fighter, I hope he can win this battle against cancer.”

Mayoral candidate John Tory said he sent his best wishes and prayers for a full recovery. 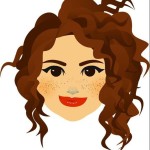