When you think of women’s curling, Ryerson may not be the first university that comes to mind.

But last year, playing in just its second season, the team surprised the competition by winning the silver medal in the OUA provincial championships.

Now they’re looking to build on that unlikely success. The team began its development league play Oct. 5, and the season will get underway Oct. 17.

Head coach Perry Marshall says their expectations for this season are realistic. 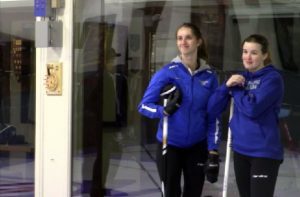 “The level of curling at the university level continues to grow every year,” he said. “You have to continue to maintain that standard and try and exceed it. Our expectations aren’t any lower … we’re trying to make sure that we can peak at the right time and try and repeat that effort.”

Just how much of a longshot Ryerson was last year was told in the pedigree of the teams they had to face.

To determine the playoff teams there was a round–robin, which acted as a qualification round, where the Rams posted a record of four wins and three loses.

That was good enough for fourth in their pool, which earned them a playoff appearance against the winner of the other pool, Brock.

“When we learned that our round–robin record was good enough to get us into the playoffs, we were astounded,” said Audrey Wallbank, who plays second on the team.

“We just decided, you know what, we’re here, we might as well play hard.”

Playing in the quarter-finals against an undefeated team, the Rams did the unlikely. With a 6-5 win, Ryerson punched their ticket into the next round.

“Just making it to the playoffs was a big deal for us,” said Nicole Titkai, who plays vice on the team. “Then being the underdog in the whole situation really helped us out.”

The success didn’t stop there, as another close result saw Ryerson advance to the gold medal game, following a 5-4 win over Carleton in the semifinals.

“When we got to the gold medal game we knew we were going to have a trip to U Sports [national championships],” said Titkai. “So we just went in there with our main goal to have fun.”

Ryerson and Laurentian went back and forth with scoring throughout the game, with Laurentian ultimately winning 6-4. They were aided by a three-point score in the fourth end, which allowed them to pull ahead. 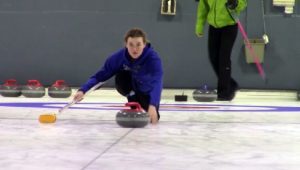 Despite the loss, the Rams came home with a silver medal and high spirits.

“[For] most people, we weren’t even on the radar scope, not even on the map for competitive curling,” said head coach Marshall. “To do that in the face of some very strong programs was a very good feeling.”

Following the runner-up in the provincials, they went to the national championships, finishing with a record of two wins and five losses.

One of the greatest assets for the women’s curling squad was their teamwork.

For the three returning curlers, it was only their second season together. For the two new additions, this was the first time working as a team.

“Some of these schools, they’ve had their teams set for a couple years,” said Titkai, who was part of the inaugural squad.

“For us it was our first time playing together pretty much, so being able to come together as a team that quickly to pull off something that great was an awesome feeling.”

The ability to come together was also felt by one of last year’s new additions.

“It was amazing,” said Wallbank. “Winning [OUA silver] with the Ryerson girls was just amazing because we’re really good friends and we’ve become even closer at the nationals.”

The teamwork did not go unnoticed by the coach.

“They all had the skill,” said Marshall. “But to be able to jell as a team, to be able to go through the playoff run that they did and knock off some very talented teams is a testament to both the work that they put in all year and really to their fortitude in that day.”

While it will be a while until the OUAs, there is still competition that is about to begin.

The Rams compete against other adult teams at a North York curling club on Tuesdays and host a development league with other post-secondary schools and under-18 teams on Thursdays.

The Tuesday competitions are something Wallbank looked forward to last year.

“There was a whole range of curling,” she said. “It was a great experience and it was fun speaking with them after the games and talking about their experiences and being able to share stories.”

Titkai said the weekly competition gave the team a range of talent and skill to play against and helped them prepare for the university season.

“I think being in a league like this really helped us view different strategies, different techniques and have that kind of in the back of our mind while we were preparing to play against the bigger teams, bigger competition,” she said.

Marshall said the weekly league gives them a chance to perfect things, such as communication style and shot making.

And while their performance last season came as an underdog team, Titkai thinks this time around, other teams will pay attention.

“I think there’s going to be a bigger target on our backs when we walk into the provincial tournament this year,” she said. “People are going to know us.”

This year, the OUA championships will take place Feb. 15-19. 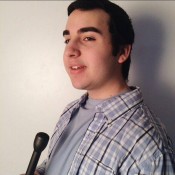