Roses are green, violets are purple? 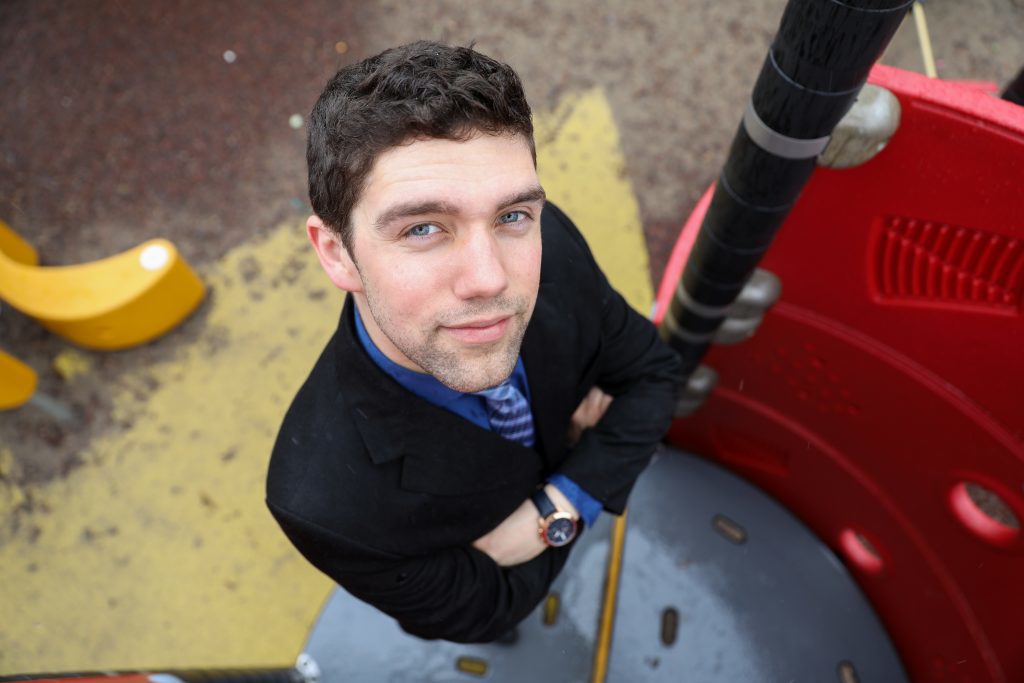 Justin Bellmore recalls a time when he was about five or six as the first time his father realized he was colour-blind. (Luke Galati/Ryersonian Staff)

I remember a time with my dad when I was much younger – probably five or six years old – and I was out in a park behind my late grandmother’s apartment building.

The park was mammoth; it had a fully rigged jungle gym, a swing set with six swings, teeter-totters and those spring-loaded horse rides every kid loves to bounce on. It was a staple of great joy in my childhood.

On this particular day, my dad and I were playing a game of “I spy,” and he asked me to find something that was red.

I pointed to a stop sign. That wasn’t it.

I told him it had to be the coat of the passer-by walking on a nearby street. That wasn’t right either.

Then I had an epiphany.

“How could I have missed it,” I thought to myself. “It’s been under me the entire time!”

“The grass!” I squealed excitedly.

My dad laughed awkwardly at first, and then when he saw that I was still staring up at him with triumphant eyes, he explained what he thought appeared to be the obvious.

I can’t say I’m having a hard life. It actually strikes me as odd when I read articles describing how people “suffer” from colour blindness. We’re not talking about diabetes, cancer, Alzheimer’s or Crohn’s disease – I just can’t see as many colours as most other people can.

In fact, there are a lot of misconceptions about what colour blindness actually is.

Dogs are colour-blind in the sense that they see black and white – no colour at all. Humans don’t have it quite as bad. People who are colour-blind lack something called chromatic colour vision, which means they can’t see every colour that exists in the light spectrum.

It’s also not a one-size-fits-all condition. There are different types.

I am red-green colour-blind, or in medical terms, I suffer from deuteranomaly. My green spectrum is under-sensitive and my red spectrum is ultra-sensitive.

So depending on the shade of green, I could instead see red, orange or yellow in its place. I also mistake greys for pinks, and blues for purples. Looking at the legend of geography maps in school was like trying to decode hieroglyphics and it often left me with headaches. 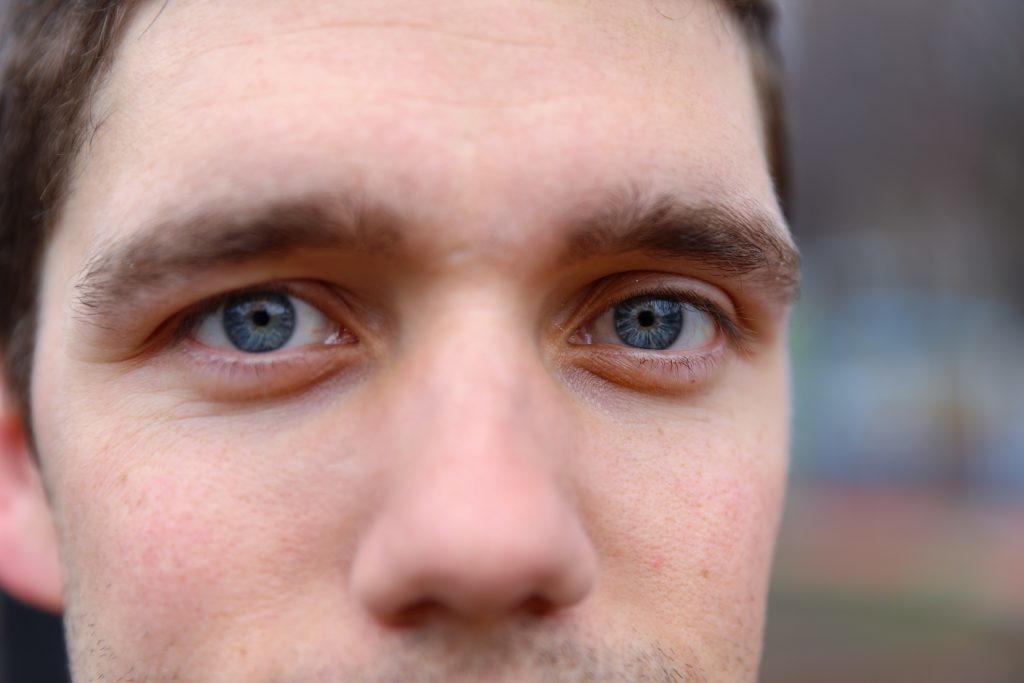 Justin Bellmore says he finds it odd when people describe colour blindness as something they “suffer” from. (Luke Galati/Ryersonian Staff)

I didn’t understand the biology behind being colour-blind until after I graduated high school – I guess because I’d never considered it a serious condition, I’d never paid attention to it.  Until then, I was ill-equipped to explain my condition to any friends, family or colleagues who would always become intrigued with my inability to identify the colour of whatever it was they pointed at.

Indeed, it would always turn into a big game of people circling around and holding items in front of me.

“What colour is this? What about that one?”

Sometimes I would even get the colour right if it was a strong primary colour, or if I was able to substitute the colour I was supposed to be seeing (for instance, bananas are yellow, the sky is blue, the grass is green).

But imagine the colour spectrum as a first-year language class that you’re struggling in. There’s a specific word you’re trying to find but you simply don’t have the vocabulary. You pick the best word you can think of and, albeit it isn’t quite right, it’s close enough.

On a subconscious level, that is how the brain processes the colours that pass through a colour-blind eye – there are shades missing in the individual’s spectrum, so it defaults to the closest one.

There are certain career opportunities that I miss out on because of this tiny malfunction: I can’t serve in the military, I cannot be a pilot and I certainly cannot be trusted to defuse bombs.  I can’t work as a police officer, a firefighter, an electrician or a baggage handler; believe it or not, each of these jobs either require 20/20 or full colour vision.

To be paralyzed or to lack I.Q. are legitimate and acceptable reasons not to be able to achieve something. And sometimes, with a strong sense of determination and spirit, people can defy odds.

What’s frustrating for me is that on a health level, I’m perfectly fine. I’m in the best physical condition of my life and that’s not something that everyone can say. But because of this nearly invisible handicap, I lose the element of choice in many opportunities.

And sure, I never wanted to be a bomb-defuser, but choice means a lot to me.  I’m sure people who know they don’t want kids still get a sense of comfort knowing that it’s their choice not to have them, rather than because they are infertile.

But there is a silver lining; and it’s an American company called Enchroma.

Enchroma has developed sunglasses that restore chromatic colour vision to anyone who puts them on.

Life’s too short, rack up that debt