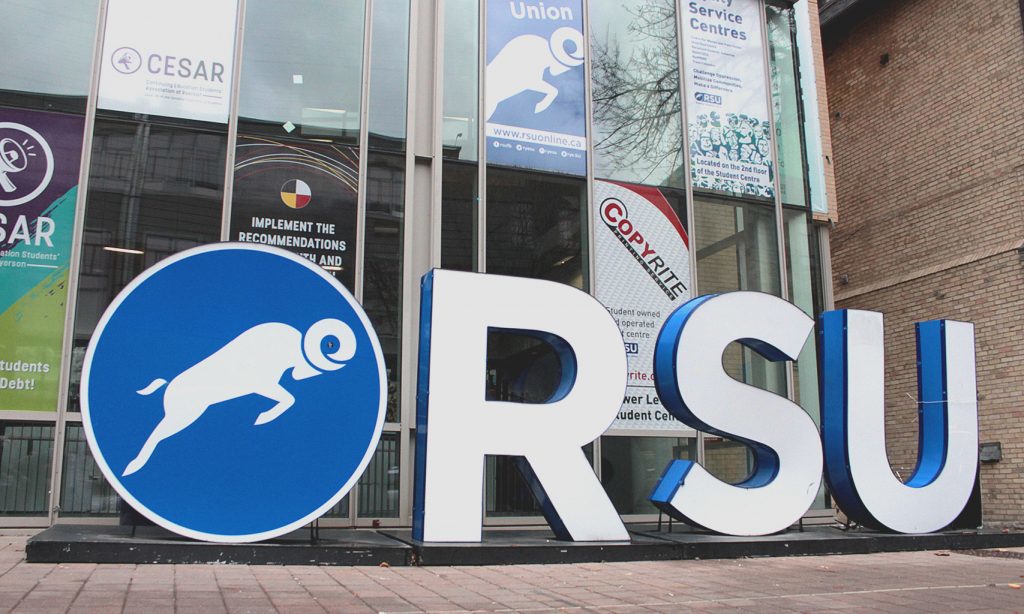 The Ryerson Students’ Union (RSU) has passed a motion to change its definition of anti-Semitism. (Ryersonian file photo)

The Ryerson Students’ Union (RSU) has passed a motion to change its definition of anti-Semitism.

The new definition was adopted March 29 at the urging of Ryerson’s Students Supporting Israel (SSI) group and StandWithUs Canada.

The school’s definition now matches that of the Canadian government. Under the new terminology, anti-Semitism now includes “[d]enying the Jewish people their right to self-determination, [a]pplying double standards by requiring of it behaviour not expected or demanded of any other democratic nation … [u]sing the symbols and images associated with classic anti-Semitism [and d]rawing comparisons of contemporary Israeli policy to that of the Nazis,” wrote SSI in their Facebook post about the change.

According to the same post, the RSU previously rejected a similar motion by Jewish students two years ago “due to objections raised by non-Jewish students.”

Rebecca Katzman, president of SSI, wrote over email that when she was in her second year at Ryerson, she sat in on the RSU meeting where this motion was brought forward.

“In my head, I was thinking, ‘how can another community that is NOT Jewish tell me how I am oppressed, this is absurd. This would happen with no other community,’” wrote Katzman over email.

Fourth-year mechanical engineering student and RSU president Obaid Ullah wrote that previously, “Jewish community members had lost faith in the RSU and did not feel supported.”

Ullah was not available for a phone interview and only responded to questions over Facebook Messenger.

Previously at the RSU’s annual general meeting in 2016, a student introduced a motion to commemorate Holocaust Education Week. When this was proposed, the students who supported the motion were met with snickers and a walk-out by RSU executives.

In screenshots obtained by The Eyeopener, it was confirmed that Ullah planned a walk-out with the RSU executive team.

Katzman wrote that after this motion was passed at an RSU board meeting in December, SSI has been working closely with the RSU.

Ullah confirmed this, writing that he has been working with SSI members like Katzman and vice-president of communications Tamar Lyons, as well as Michael Friedman, a member of the RSU board of directors, to think “of ways to combat anti-Semitism and help support the Jewish community more from the RSU.”

For Katzman, the change is a step towards greater acceptance of Jewish students on campus.

“I will forever be grateful to each member on the executive for making such a difference for the entire Jewish community,” she wrote. “We can go to school feeling like we are welcomed and safer on campus.”