BREAKING NEWS
Hands-on programs such as dance, film and acting are adapting to teach online
Online learning has negatively impacted education quality, according to new poll
How to ace your online exams
One week after announcing reopening, Mattamy closes again
Toronto and Peel to be placed in lockdown starting Monday
NewsOn Campus

The Ryerson Students’ Union closed down the comments section on its Facebook page on Saturday after an eruption of heated posts.

On Friday, some students reacted angrily after the RSU removed a video post for alleged anti-Muslim hate speech.

The video, called “Hamas on Campus,” suggests that the Ryerson group Students for Justice in Palestine (SJP) is associated with Hamas and collaborates with the Muslim Students Association (MSA), which it calls “the Muslim Brotherhood proxy.”

Many comments posted on Facebook in reaction to the video argued the RSU does not equally uphold its “zero-tolerance for hate speech” policy to defend both Muslims and Jews from slurs.

“The video made very blanket statements,” he said. “I think there is a very clear distinction between freedom of speech and hate speech.

“At a certain point it became a little bit out of hand, there were students, including the student who originally posted the video, that attempted to continuously mass post the video and other content that was still very Islamophobic in nature, and very racist in nature,” said Hoilett.

He explained that, “as a means to do our due diligence as a students’ union, as the folks who are managing the page, we closed the comments section, so that folks wouldn’t repeatedly do those things.”

He was invited by the Ryerson student group Students Supporting Israel (SSI) to speak about the RSU’s boycott against Israeli goods and services on campus, as well as university life for Jewish and pro-Israel students

Abdulmalik Mohammad, the vice-president of MSA said that the MSA agrees with SJP on the Boycott, Divestment and Sanctions (BDS) movement.

“That is the only link between us and the SJP, because we stand up for the right to boycott Israel — that is chosen by the RSU itself.”

He said that the group does not have any ties with Hamas or the Muslim Brotherhood.

“We are founded in Ryerson, we are run by a student group, we have no links with any external organizations, not even the external MSAs,” he said.

SJP said in an email that they were, “deeply saddened by the video posted by a member of the Ryerson student body labeling us and anyone on campus that support freedom and justice in Israel/Palestine as terrorists.”

SSI said it was “not involved in the uploading or the making of the (“Hamas on Campus”) video,” in a statement to The Ryersonian.

The BDS movement has supporters and detractors within the global Jewish and non-Jewish communities alike.

Among its supporters are the Canadian branch of the Independent Jewish Voices, Jews for Justice for Palestinians, and SJP. 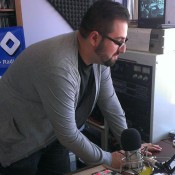