The Ryerson Students’ Union is surveying students about whether they’d like to see women-only gym time. The proposal has already sparked controversy on campus.

The survey has garnered more than 2,000 responses, and is one step in a campaign to make athletic facilities more accessible for women. Some students criticize the proposal, saying the gym should be equally accessible for all students at all times.

“The reality is that some women find the gym completely inaccessible for a variety of reasons, whether it be religious, issues with body image, or being survivors of past trauma,” says RSU president Melissa Palermo.

Palermo says the survey response has been “overwhelmingly positive.” The RSU is currently compiling the data to determine if the initiative will become a reality at either the Recreation and Athletic Centre or the Mattamy Athletic Centre.

The idea of women-only gym hours first came up during the referendum for the MAC.

Angela Sucee, a business management student, uses the gym facilities on campus four times a week and says she would appreciate women-only gym time. She believes this gym time could be an asset for Ryerson because it would not only encourage women to get involved in fitness, but also empower them in male-dominated areas of the gym, such as weight rooms.

“This time would allow for women to work out in an environment with like-minded women hoping to exercise without the added intimidation of surrounding male fitness enthusiasts,” she says.

Alyson Rogers, a social work student, admits she rarely goes to the gym any more, saying she finds it very uncomfortable because it feels like male space.

“I feel like I’m in the way of the men working out,” she says.

Rogers says she feels this program could be a huge help for comfort at the gym. “I’ve had this discussion with many female friends and fellow classmates,” she says, “and they all agreed they would start going to the gym.”

All students who attend Ryerson pay $96.86 per year in athletic fees. Rogers says women are paying the full price for athletic facilities that don’t feel accessible.

Although there are many who may agree with Sucee and Rogers, others like Joshua Ghatak, a Radio and Television Arts student, have concerns.

“It’s unfair that one gender gets a time and facility specific to them,” he says. “It’s not that I’m vehemently against women having a separate time. If it were to happen, I wouldn’t be up in arms and protesting, but I think that because it’s a gym facility designed for both genders and students of all types, it is unfair to [section] it off.”

Ryerson isn’t the only university that has proposed this idea. Palermo  says York University has already incorporated women-only hours and  it has been good for their campus.

“It’s really about providing access to even more students,” she said. 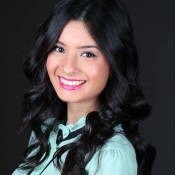