BREAKING NEWS
Why I, a student journalist, stopped reading the news
From the frontlines: a look into the lives of health-care workers a year...
Non-profit organization helps students find jobs in their field during the pandemic
Ryerson rolls out winter food relief program
Ryerson honours outstanding pandemic efforts
News

It’s been deemed discriminatory, racist and exclusionary by students. But a Ryerson expert calls these claims “ridiculous.”

Last Monday, the RSU, in partnership with RyePRIDE and the Racialised Students’ Collective, hosted a movie screening and discussion group as part of Queer Histories Week. The discussion group was open only to queer and transgendered racialised students. The event has been criticized by students — backlash that a Ryerson sociology professor says “makes absolutely no sense.”

Students took to social networking sites to bash the event. Much of the discussion was posted on the Ryerson University section of Reddit.

Reddit user chavabt wrote of being sick of seeing the Ryerson Students’ Union “self righteously” claim to create accessible and inclusive spaces for all of its members, only to “turn around and be like ‘except for (white, straight, male, etc.) people.’”

The user also wrote that “If your money pays for the support group, then you’re entitled to be there.”

The event was also a topic of discussion on the Drop RSU  Facebook group, where one student said, “I’m officially racialised by being white and uninvited.”

Rajean Hoilett, RSU president, says that he finds it “puzzling” that some students find discussion groups set aside for “a marginalized group of students” discriminatory.

“Why as a white student is it a priority … to be in a room where racialised students have determined they need space?” he said.

Jean Golden, a sociology professor at Ryerson, says that those who call the RSU event unfair “have no understanding about discrimination.”

She says that there are no “life consequences” for white, straight, cisgendered students to not attend the meeting, whereas there are life consequences in day-to-day life for students who belong to these marginalized groups. This includes the possibility of being killed because of their membership in these groups, she says.

She says that members of marginalized groups sometimes need a “safe space” to discuss issues faced, commonalities and next steps.

The buzz around the discussion group has inspired first-year student Mhyar Shams Ahmadi  to ponder the idea of creating a RSU student group dedicated to bringing people of various backgrounds, beliefs and sexual identities together.

Of the RSU’s 75 student groups, many represent various cultural, ethnic and religious groups, but there isn’t one focused on bringing these groups together.

“It almost creates more of a dichotomy than an understanding of one another,” says Shams Ahmadi.

He says that bringing students of various identities together would provide a broader understanding of what experiences those who belong to marginalized groups face.

Hoilett says that a group representing all students already exists: the RSU. 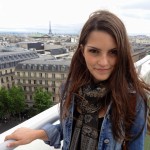