Every September, the Pakistani Students’ Association (PSA) holds a welcome dinner to kick off the school year.

“That’s a tradition, it has to happen,” said Rabia Tanvir, PSA vice-president communications. But this year it didn’t happen — at least not in September.

The online room booking system was introduced this year for RSU student groups. Previously, student groups visited the RSU office in person to fill out a booking form. Now, groups fill out a Google form and wait for an email response. According to the RSU, there are more than 200 groups that use their space booking services.

The first time she tried to book online, Tanvir mistakenly completed a form meant for external groups on the Ryerson Student Campus Centre’s website, at which point she was told to request the booking through the RSU’s general email.

By the time she received a response, space on campus was booked well into the semester. She said she had to settle for a room half the size of what she requested — and a “welcome dinner” date in November.

The RSU Student Groups Manual for the 2016-17 academic year doesn’t make reference to the online booking process. The manual still advises groups to book space in person at the RSU.

Yasmin Khatau, from Musicians@Ryerson, said she finds the online form more time-consuming. Khatau explained that the new system doesn’t show room availabiliy — meaning that groups may complete the form only to receive a response a week later saying the room is booked.

Daniel Tran, president of the Vietnamese Student Association at Ryerson (VSAR), expressed similar concerns in an email. “From my experience, booking rooms is a bit more work now … even through it’s through an online form.”

Casey Chu Cheong, the RSU’s internal co-ordinator, said that the RSU works with other booking agents on campus to find space for student groups and that the 6-9 p.m. time-slot fills up quickly.

Cheong said the RSU “receives complaints every year about the lack of bookable conference/meeting styled space.”

This year’s complications have led some groups to find creative ways around the new system.

“We are collaborating with groups that do have room bookings and this way it’s a win-win situation for groups,” said a statement from the Ryerson Indian Students’ Association. “Our audience increases and collaborating brings diversity.” 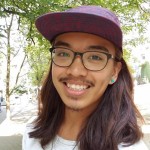 Kevin John Siazon is a Southern California-transplant living in Toronto. A self-proclaimed dabbler, he enjoys trying new things. You'll often find him somewhere in the city eating some sort of Asian food or editing a friend's essay.

Kevin John Siazon is a Southern California-transplant living in Toronto. A self-proclaimed dabbler, he enjoys trying new things. You'll often find him somewhere in the city eating some sort of Asian food or editing a friend's essay.