Imagine a world where a large corporate company with enough power to both save communities from drought but also escape the law when it poisons them.

This is the focus of Unearthed, a dramatic, short-film in production by a group of RTA students meant to address the ethics behind the business of food.

The filmmakers said they wanted to put a human face on a real-world issue, the control of the world’s food system by profit-driven corporations and the effect this has on farmers, especially in poorer countries. 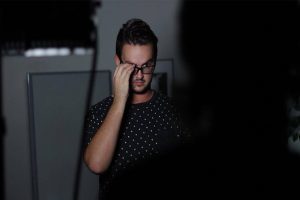 Screenwriter Brendan O’Brien on the set of Unearthed. (Victoria Morton)

“I think it’s one we really haven’t explored, as consumers, as ethical individuals. I think this film will really humanize and bring to light the facts we don’t always look at about the food we consume.”

Unearthed is a science fiction film, set in the near future, when North America experiences a devastating drought. The company GenuGrow develops a drought-resistant seed that turns out to have negative health effects, which the company tries to cover up, while being pursued by a journalist with an inside source.

The filmmakers say GenuGrow is modelled on the U.S.-based company Monsanto. The company gained infamy in the 1960s and 1970s as the manufactur of Agent Orange, the herbicide the U.S. military sprayed all over Vietnam during the Vietnam war; the chemical is responsible for high rates of birth defects and cancer in Vietnam ever since. 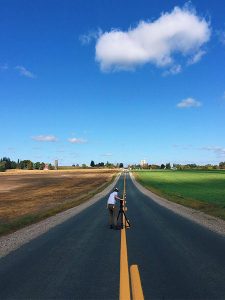 Caitee McIntyre, the film’s director, and said Unearthed is a comment, not just on Monsanto, but the greed that leads to monopolies.

“They’re taking seeds and they’re patenting them so that they’re slowly having this control over the world’s food supply,” she said. “Genetically modified organisms to help farmers really, on their foundation. But I think it’s when corporate greed gets involved in that that it’s not very ideal.”

Maxine Hood is Unearthed’s executive producer. She said the effect the corporatization of seeds is having on the third world is something that needs to be brought to the public’s attention.

“I think it’s really slimy, not fair and I think it needs to be recognized more,” Hood said. “It’s definitely a very interesting and complicated issue.

McIntyre said the film will be released around February of next year. They will host an event for the release featuring experts from the field of agriculture, the environment, bio genetics and corporate ethics.