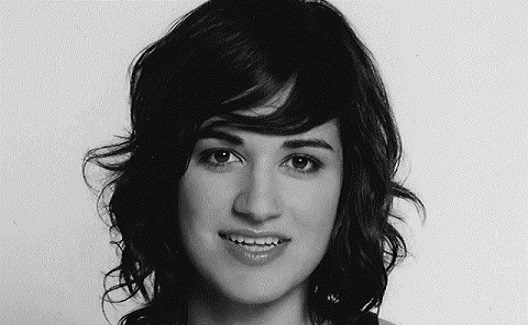 Sabrina Jalees performed at the Just for Laughs festival. (JFL42)

Somewhere, at some point, someone said women aren’t funny. The comedy game has long been thought of as a boys club, and women granted entrance were few and far between.

But it’s safe to say that the boys club of comedy has been dismantled.

This weekend is the opening of Toronto’s annual Just For Laughs 10-day comedy festival (JFL42), and three of six headliner acts are women, with Lena Dunham and Amy Schumer poised to be two of the biggest draws of the festival.

Ryerson alumna Sabrina Jalees, who will be performing at JFL42 for the third time, however, never got the boys-only memo to begin with.

“The first thing people always say to me is, ‘Oh, you’re a woman in comedy,’ when really, gender was never a thought for me,” said the radio and television arts graduate.

Jalees was previously involved with shows such as Video on Trial on MuchMusic and In Real Life on YTV. She said the festival is a great opportunity to see a wide variety of acts.

“If you’re not going (to the festival) just, well, kill yourself,” she laughed. “Seriously, if you do something else instead, it’s like you’re walking down the street and there’s this amazing chef at a restaurant that’s really great and really cheap, and you say, ‘Hey, let’s go to Subway.’”

Jalees’s first time performing at the festival was when she was 18, only two years after her first public performances at Yuk Yuk’s comedy bar in Toronto. Before that, it was at her high school gym. And before that, it was any opportunity she had to make her friends laugh.

“I’d go to the movies with my friends on Friday nights and stand up in front of the screen before, like, I Know What You Did Last Summer, and pretend I worked there,” she said. “I convinced my friends to start going to Yuk Yuk’s when I was 16 because it was the same price as a movie and if we sat in front they’d make fun of us.”

In her standup, Jalees draws heavily from her personal life. The topics of her acts range from coming out to her Muslim family to having a mustache as a young girl. While she was Toronto-based for most of her early career, Jalees moved to New York after graduating from RTA in 2009.

Jalees says she pursued her degree while establishing her career so she could get experience with production — something she hopes to do more of. She has filmed a pilot episode for a sitcom based on her stand-up, which she says would give her the opportunity to get more involved in production if it gets picked up.

Jalees performed at The Garrison on Saturday at 7 p.m. JFL42 began on Friday, and will be hosting a number of events around the city every night until Sept. 27. The full schedule can be found online. 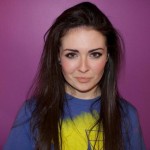 Getting women to embrace their nerdiness

Word on the Street: Rye instructor on short-format non-fiction