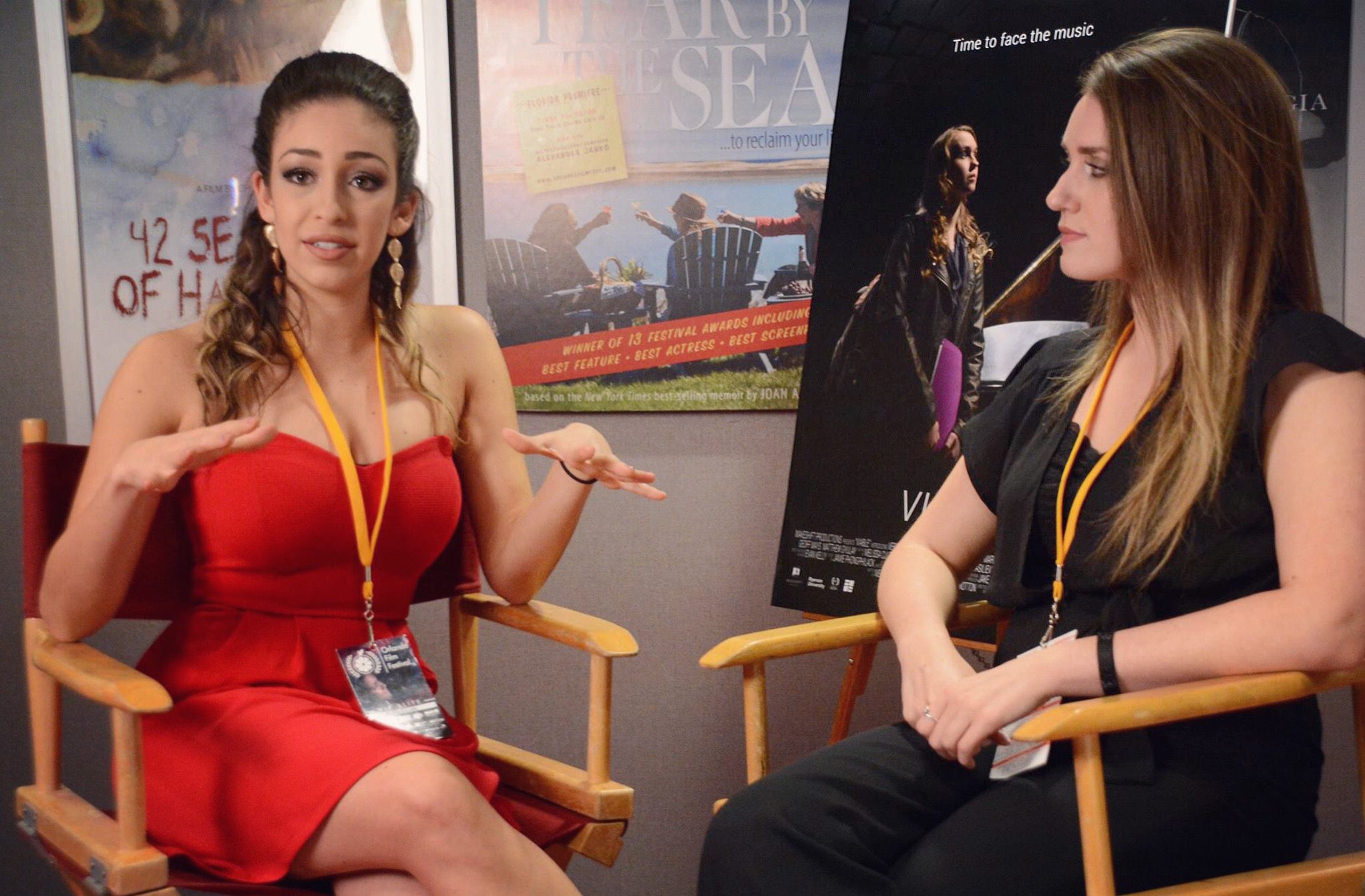 What initially started as a course practicum has recently taken a team of RTA grads beyond the classroom and onto the big screen at the Orlando Film Festival.

“This particular story was an important one to tell because it’s a personal story about multiple sclerosis,” says Mary Gyulay, director, co-writer, and inspiration behind the film VIABLE. “It meant a lot to me to have this story, and awareness about MS be brought to a whole new audience.”

The short film, created by Gyulay and her team of seven Ryerson Radio and Television Arts graduates, had its international premiere at the Orlando Film Festival on Oct. 20 under the category “Overcoming Personal Afflictions.”

The film is about a high school senior and aspiring pianist, Violet, who was diagnosed with multiple sclerosis days before her audition with a world-renowned music school.

Gyulay was diagnosed with MS during the summer of 2014 at the age of 22. The fact that the story is based off of her personal experience makes the film more realistic for people to watch.

“To bring MS awareness to a festival in the U.S was pretty cool and certainly meant a lot to me,” says Gyulay. “It’s a very Canadian story being told because MS is often considered ‘Canada’s Disease.’”

Getting this film accepted into the Orlando Film Festival is far from what this group of RTA grads had ever imagined.

“When I received the festival acceptance email mid September, I literally jumped from my seat in excitement,” says Melissa Scicluna, executive producer and co-writer of the film. “Naturally my first call was Mary, we both cried out of happiness!”

Although the entire VIABLE team was not able to attend the Orlando Film Festival, Scicluna and Gyulay went on behalf of the group. The rest of the team includes Jake Nothdurft, Dakota Wotton, Evan Kelly, Melissa Cultraro, Melissa Vasiliev, and Diana Zagorski.

“We were approached by one woman who has worked with Oscar Shorts regarding her interest in distributing VIABLE,” says Scicluna. “This ultimately put the quality, impact, and potential of the film into perspective for us.”

Scicluna and Gyulay say that people at the festival were impressed that VIABLE was created by such young individuals and it being their first film. The two Ryerson grads say that they were surprised and excited to be on the red carpet getting asked to be interviewed, describing it as a milestone moment in their careers.

“Attending the Orlando Film Festival definitely sparked something in Mary and I: our passion for filmmaking and a burning desire to make another film,” says Scicluna.”The cherry on-top of this whole experience is that I got to do it with my best friend.”

After coming home from the Orlando Film Festival, Scicluna and Gyulay have submitted their film to more festivals in hopes to keep the film in the festival circuit for as long as they can. They also aim to sign a distribution deal and continue making other projects or films that matter.

How my study abroad brought me loneliness and love