The historic rink at the corner of Carlton and Church streets will once again see the Toronto Maple Leafs back in action, albeit in virtual form.

On Dec. 14, the Mattamy Athletic Centre will host Ryerson’s largest eSports tournament, with a prize pool of $1,500 which will be split between the first place winner and runners-up.

Pipeline Gaming, a group of fourth-year Ryerson media production students will be producing the event for their final thesis project.

Fittingly, the tournament will feature NHL 16, the 25th installment of the popular hockey video game, coupled with commentators and a broadcast that will replicate pro-league coverage.

The event will be live-streamed on Twitch.tv, Amazon.com’s video game streaming platform.

Although not yet considered a typical eSport, Aja Jones, executive producer, has seen a growing interest in NHL in the gaming community, especially in Canada.

“As soon as you play a game competitively, it becomes an eSport, and NHL is niche among a niche community,” said Jones. “I don’t think it’s ever going to have a global popularity like League of Legends or Counter Strike because it’s such a Canadian game, but a bunch of suburban white kids from Windsor, Ontario, will go and watch it because that’s what they play.”

Over the next few weeks, there will be a call out for 128 Ryerson students willing to test their skill.

The qualifying round, to take place at the Rogers Communication Centre, will whittle the pool down to 16 competitors who will advance to the finals at the MAC.

Jones, along with his five team members have put up $200 each to rent the legendary venue space that goes for $75 per hour for the fourth floor concourse.

According to Jones, the team was given a deal in terms of cost, because it’s a student project.

“We’re trying to show the versatility of sports broadcasting and how it can be applied to video games,” he said, “instead of focusing on traditional sports that have already been beaten to death at Ryerson.” 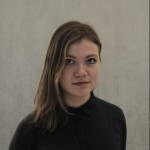