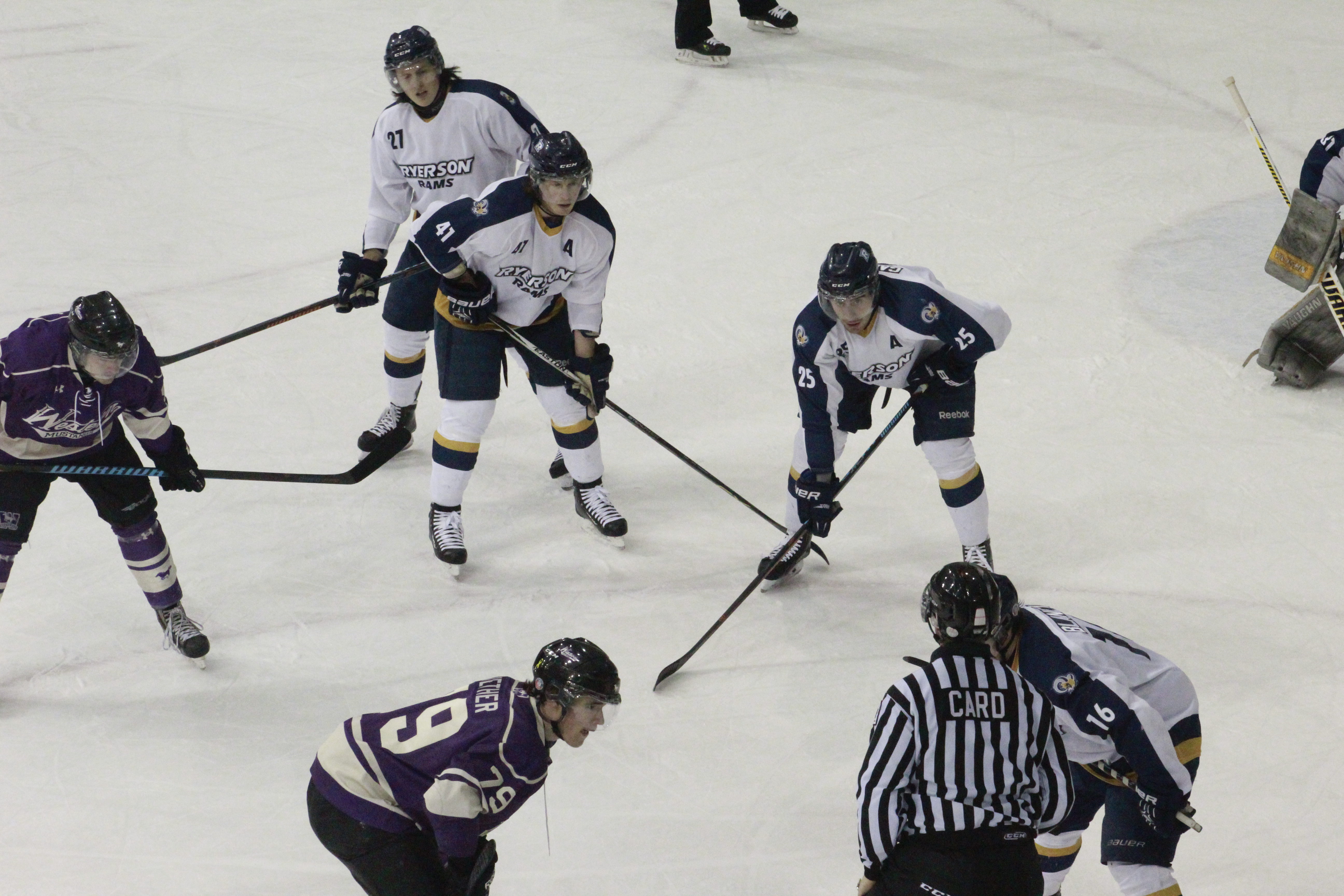 Pre-show entertainment is something sports fans usually see only in the big leagues, but two Ryerson students have changed that.

On the night of Feb. 9, Mark Singelis and Ryan Sheppard put a year of planning and hard work to the test when they put their projection project on display to the crowd at the Rams hockey game at the Mattamy Athletic Centre.

The four minute and 30 second projection show featured archival hockey footage, a moving Rams logo and images of each player leading up to the puck drop. It not only served as pre-game entertainment, but also as a pep rally.

Singelis and Sheppard are both fourth-year students in Ryerson’s theatre production program. For their final year thesis project, they decided to work with a new technology on campus — the Pandoras Box Server, which makes large image projection possible.

“The reason we took on this project was to push the boundaries as to what people at Ryerson previously thought was possible through a student funded project,” says Sheppard.

Singelis and Sheppard started planning one year ago, after they found out that Ryerson already had the Pandoras Box Servers to make the projection possible.

“We found out the school actually owns it, but it’s not used widely,” says Singelis.

Both students work with the same kind of technology outside of their program, so they knew they could make it happen.  After getting access to a few of the servers, Singelis realized that even though the school had access to this technology, it wasn’t being taught.

Catherine Middleton is a professor at Ryerson in the information technology management program and an expert on technology adoption. Middleton argues that purchasing a technology is simply not enough to get people using it and getting comfortable with it.

“Classes and seminars could be useful, especially if they encourage innovative thinking about how the technology could be used to create benefits for a range of potential users,” says Middleton.

Both Singelis and Sheppard agree that this technology can expand further than just a classroom or even a campus.

“It is important that this technology expands at Ryerson as the needs for such technology are increasing in many markets around the world,” says Sheppard.

Both Sheppard and Singelis say that this technology can be used in different areas at the school during events, including the year-end fashion show Mass Exodus. They say that with a technology like the Pandoras Box Server, the possibilities to where it can go are as endless as the people imagining them.

“We are used to seeing this technology be used for rock concerts, awards shows and theatre but people are now realizing the possibilities and using it for advertising and art installations around the world” says Sheppard. 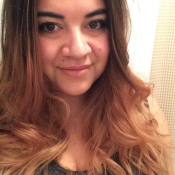