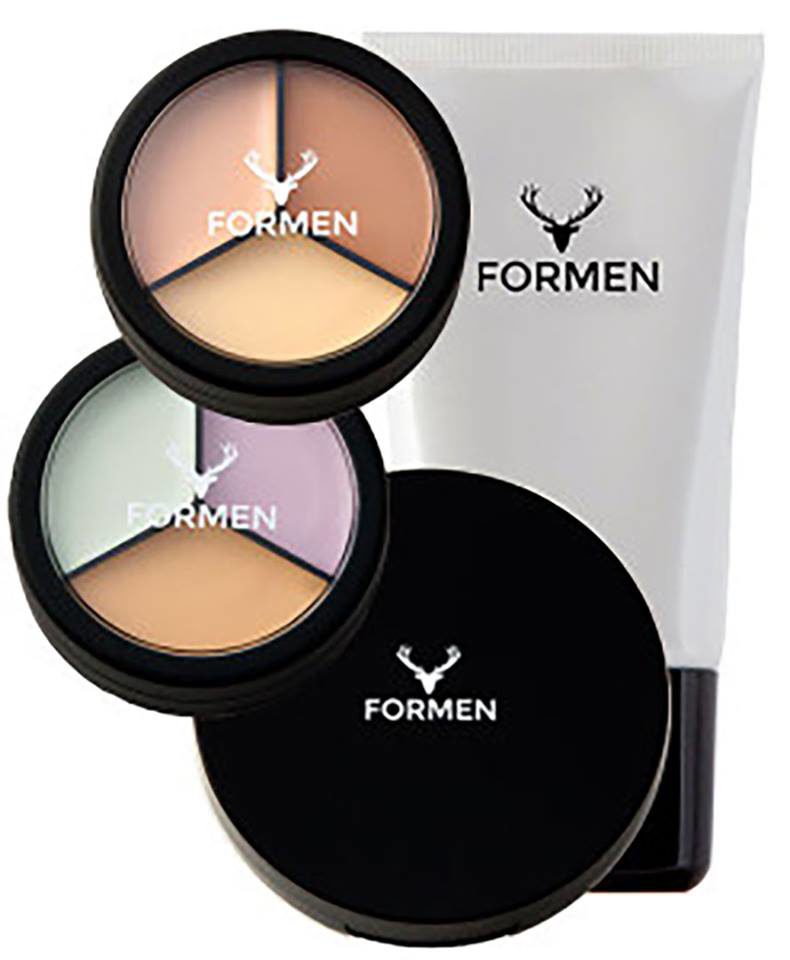 Waking up with a face full of acne on the day of prom can be a nightmare for some high school students, but for Andrew Grella it was the inspiration behind forming his company.

“I went to my mom and she said, ‘Let me put some makeup on you,’ and I said she was crazy,” Grella said. “So I left and went to Shoppers Drug Mart and Walmart, places I thought would maybe carry products aimed specifically for men that could fix my problem.”

After searching the aisles at these cosmetic shops, the Ryerson graduate was unable to find any and returned home to his mother, and according to Grella, “She attacked me with her makeup arsenal.”

“After I saw what it could do for my skin, I figured why isn’t there a dedicated product (for men)?”

While at Ryerson as a student at the Ted Rogers School of Management, Grella developed what would eventually be called Formen, male makeup and skincare line.

Grella’s line of cosmetics consists of four products: a concealer palette, blotting powder, an under-eye concealer palette and a colour correcting cream. What makes Formen different from cosmetics targeted to women, is it’s its purpose. Grella says each of his products are designed to fix a specific problem, rather than enhance one’s appearance.

Grella began by researching the men’s cosmetics industry, wanting to make sure there was a market for his product. Through Ryerson’s Library and Archives he was able to see what was out there in terms of men’s makeup.

“I saw the people that were already in the marketplace and I thought I could execute this better,” he said.

In November 2014, Grella brought his products to South Korea. According to Grella, South Korea places second to Hong Kong when it comes to how much its male consumers spend on cosmetic products.

“The Canadian Embassy connected us with a manufacturer distributer and we got some really cool ideas from them,” Grella said.

Soon after, Grella was put in contact with a distribution company who that was interested in carrying his products. Before Grella could start putting Formen on shelves, he had to create product formulas that met the entrance health standards and requirements of South Korea.

“Worldwide, South Korea has the strictest rules and regulations, because their skincare is way ahead of everyone else’s game,” he said. “So it was like,‘How does a Canadian company go ahead and create a formula for an international marketplace that’s better than your (South Korea’s) marketplace?’”

To do this, Grella worked with one of Canada’s leading makeup labs. After making a positive impression on the Koreans, he was referred to a manufacturer located in Canada. That manufacturer eventually became a mentor to Grella.

“He really liked that I was young, I had the ambition and that I really wanted to go ahead and do this,” Grella said. “His lab had multimillion-dollar facilities that no one would be able to compete with unless you were like a Revlon or L’Oreal.”

With the help of his mentor and the manufacturing team, Grella developed the formulas he needed.

“Now we’re working with a marketing company to finish our physical packaging,” he said. “Once that’s complete, we’re going to send it to Korea to see if they approve it and if they’ll actually give us the purchase order.”

“Women’s cosmetics can be applied in different ways, you can put blue eyeshadow on, you can change your appearance,” he said. “Our product is problem-solution based. So if you have a shiny face our blotting powder fixes that, but it’s translucent so nobody sees you’re wearing it.”