The online version of this article adds paragraphs 13, 17, 18, 19, and 20 with quotes from Susie Heath, Ather Shabbar and Desiree Walsh. This article was published in the print edition of the Ryersonian on Feb. 10, 2016.

A Ryerson grad’s tech startup is one of the stakeholders consulting with Uber to improve accessibility for its vehicles.

Maayan Ziv is the creator of AccessNow, a tech startup born in Ryerson’s DMZ that crowdsources information on the accessibility of locations in Toronto. But until recently, Ziv, who uses a mobility device, couldn’t use the one app that everyone is talking about – Uber.

“I play two hats because I’m both a consumer, as someone with a disability, but also the founder of a startup who’s working in the space of accessibility,” said Ziv, who graduated in August of 2015 from the Digital Media program.

“I can talk about apps and how to tackle accessibility, as well as give advice as someone who experiences it themselves.”

In January, Uber launched its vertical UberWAV (Wheelchair Accessible Vehicle) in Toronto. The service partnered with private transportation companies, such as Dignity Transportation, to provide 550 accessible vehicles equipped with hydraulic ramps or lifts to their fleet. 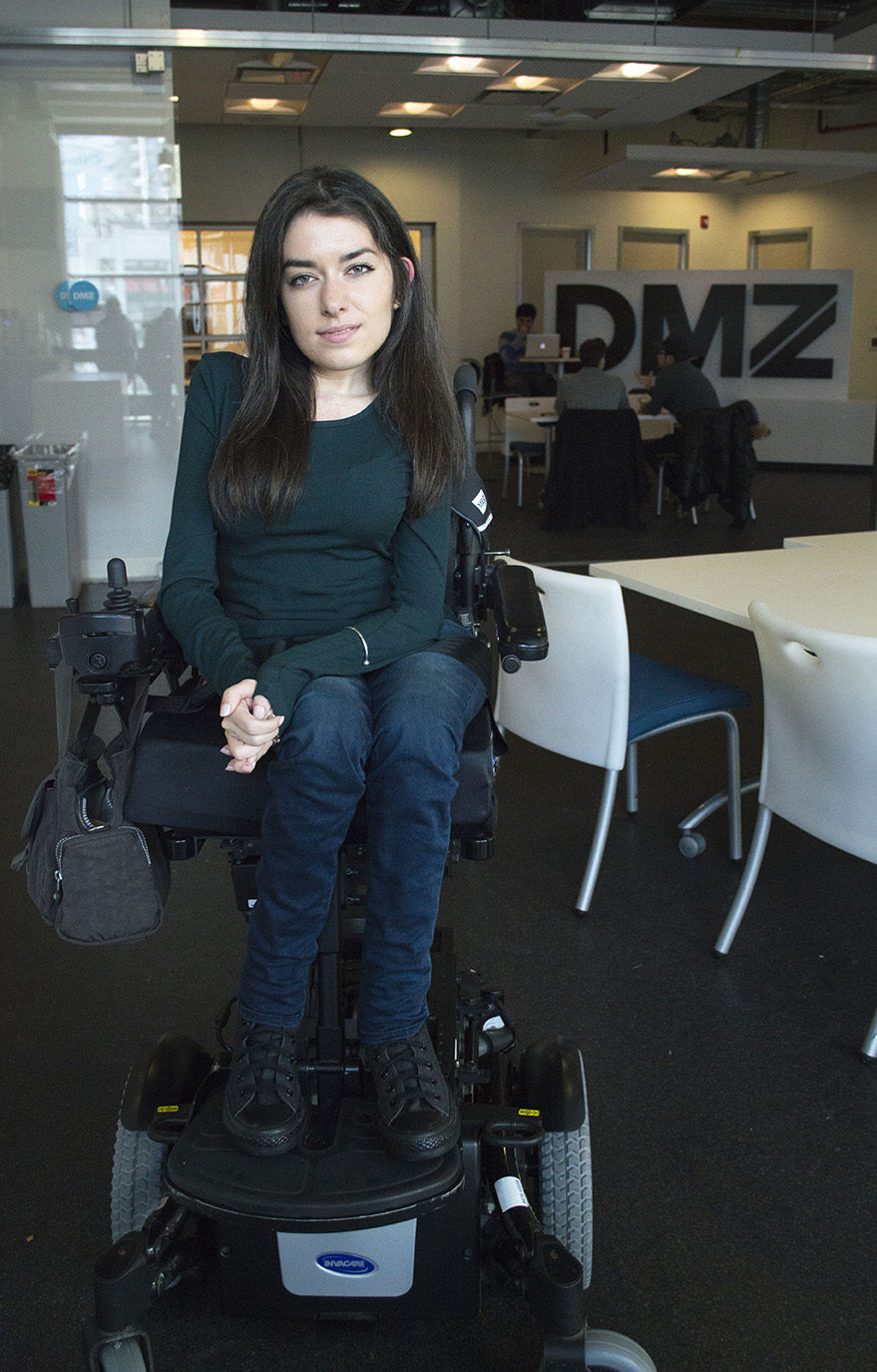 This was largely thanks to Ziv and a team of students at OCAD’s Inclusive Design Research Centre (IDRC). Uber approached Ziv in November to better understand the challenges that exist for people with disabilities and transportation.

But it was students from the IDRC that ultimately challenged Uber to make changes.

IDRC invited Uber to attend the annual Design Enabling Economies and Policies (DEEP) discussion sessions hosted by OCAD in November where Jutta Treviranus, the director of the IDRC, and a team of students made their case.

“We’ve been so frustrated with transportation here in Toronto for some time,” said Treviranus.

She said Wheel-Trans, an accessible transportation service from the Toronto Transit Commission, is, like some others, “letting people down.”

We said, ‘OK, if Uber is a problem-solving company, we’ve got a problem – accessible transportation – solve it.’ And they took the challenge.”

Despite UberWAV being implemented in other major cities, including Los Angeles and New York City, Treviranus said that there have been underlying issues, specifically with fare prices. Uber Toronto decided to do things differently. 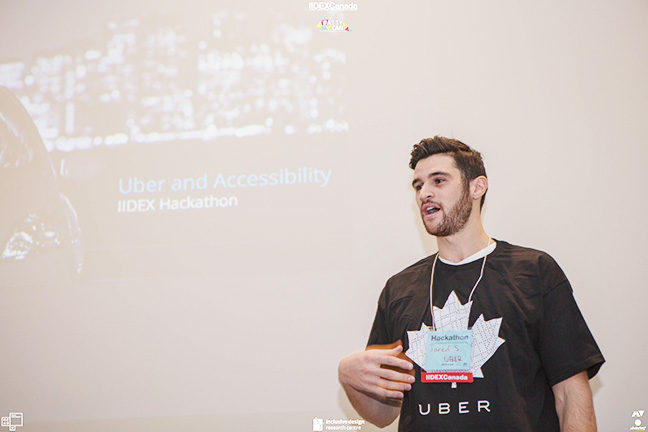 “It was important to us to consult a wide range of community members and leaders, including students, to think about how we could improve upon the existing uberWAV option,” said Susie Heath, a spokesperson for Uber.

Treviranus and the IDRC proposed that Uber charge the same rates for rides on UberWAV as it does for UberX, which is a $2.50 base fare and $0.18 per minute, depending on price surges.

Uber will also retain the cost of training drivers to properly use accessible vehicles and, in the future, the cost of upgrading standard vehicles to accessibility models.

“The cost is obviously greater (to ride an accessible vehicle),” said Treviranus. “Uber is swallowing that difference.”

Ather Shabbar is a graduate student of the IDRC. Shabbar facilitated one of the consultation sessions with Uber at a Hackathon event, held by the International Interior Design Exposition conference in Toronto. He said that the discussions were a learning experience for both parties.

“I discovered the tremendous barriers people with disabilities face in mobility when they need to move from point A to point B,” said Ather in an email. “I also learned about the issues Uber drivers face as they try to address the needs of their customers … Lack of training for drivers [on accessible vehicles] was a big issue.” 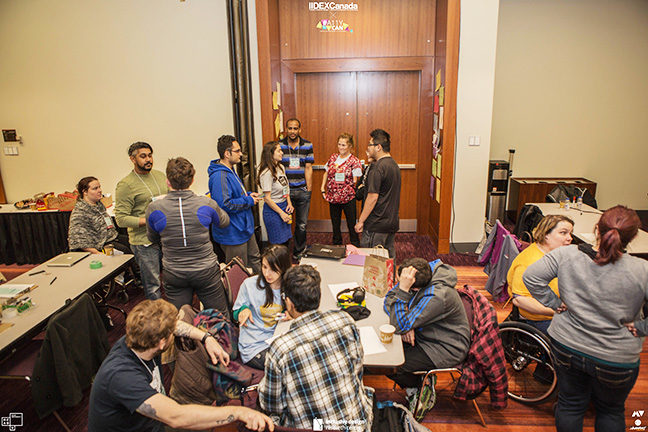 Desiree Walsh, a first-year student in the inclusive design master’s program, uses a manual wheelchair to get around the city. She said despite inconsistent experiences with UberWAV, it could be a vast improvement to Wheel-Trans.

“UberWAV is great when it works, but it’s hardly ever available. I have only taken it three times and that’s mainly because the six other times I wanted to take it, there weren’t cars available to accommodate a wheelchair,” said Walsh.

Uber is improving the accessible transportation market, but Ziv and Treviranus say there are still gaps to be filled. Ontario is aiming to make the province barrier free by 2025, but the plan is off schedule.

“Often what you’ll experience now, is that the accessible entrances are not always the ones at the front door or the one the car pulls up to,” said Ziv. “Right now it’s fragmented. As someone with a disability, my experience is then fragmented.”

Treviranus is working with the IDRC to consolidate the information possessed by other accessibility-themed apps, to create a “full accessible experience.”

Treviranus recruited Ziv to be a part of this project.

“It’s about linking all the dots and bringing all the people who are already working in this space, together,” said Ziv. “We’re trying to find a way to bring these different apps together in one way that’s useful.”

The potential for Uber to join the tech collaboration has yet to be confirmed, but Ziv remains hopeful.

“I’ve been supportive of what they’ve been doing from the beginning. I’ll help any way I can.”