Rye students warm up to charity 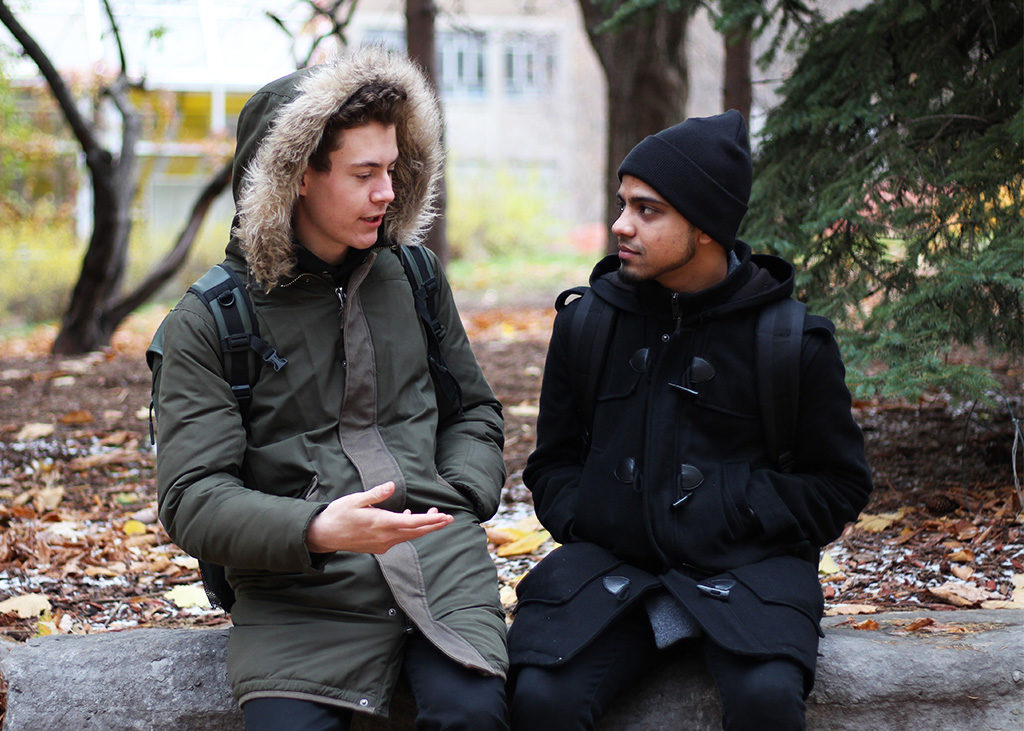 As it gets colder outside, a group of Ryerson students is preparing to help keep Toronto’s homeless warm this winter.

How it got started

“I believe that no matter where someone is in life, no one deserves to go cold,” said Copeman. “As students living day-to-day life in Toronto’s downtown core, it is important that we recognize our privileges that other people might not have and take some time to give back to the city around us.”

The Warm Hearts team is currently working towards raising $10,000 through a GoFundMe campaign. The money raised will be used to make approximately 250 winter survival care packages, each of which will consist of one hat, one scarf, one pair of gloves, two pairs of socks and a special note from Warm Hearts. These will be distributed within homeless shelters and hot soup kitchens around the GTA.

Funds will also be used to help the charity create posters, which will invite students and faculty from universities and colleges across the GTA to support Warm Hearts.

Syed says he was inspired to launch Warm Hearts after taking part in a similar successful initiative in Thunder Bay, where the local Muslim community raised money to buy 100 scarves and donate them to low income neighbourhoods.

“We got (so much) money and hand-made donations that we had to go out and do it again because the response was just amazing,” said Syed. “Now as students, we’re bringing this to the Toronto area.”

Ryerson students partaking in the Warm Hearts initiative are also partnering with students from other post-secondary schools across the GTA, such as the University of Toronto, to help raise money and donations to create the care packages.

“I have friends in each of the universities that I delegate tasks to so they are responsible for reaching out to their campus newsletters and for putting up posters,” said Syed.

On Ryerson’s campus, Copeman and Syed are turning to more creative ways to attract students and donors to the campaign.

“I have been offering pay-what-you-want photo shoots for people, with all proceeds going to our fund,” said Copeman. “People donate to Warm Hearts, and they get nice pictures of themselves in return.”

While the campaign was initially meant to close on Nov. 28, Syed and his team have extended it. They plan to host a fundraising dinner on Dec. 6, with keynote speaker Desmond Cole, a writer for both the Torontoist and the Toronto Star.

Syed said Warm Hearts will begin distributing its care packages in February. He says that while the Ryerson Students’ Union, Ted Rogers Students’ Society and Enactus Ryerson are helping Warm Hearts with outreach, he hopes more people will spread the word to keep the homeless warm this winter.