Julia Hanigsberg is leaving her position as vice-president of administration and finance at Ryerson.  (Ryersonian file photo)

Julia Hanigsberg, Ryerson’s vice-president of administration and finance, will be leaving the school this winter to head a children’s hospital.

According to a statement from Ryerson president Sheldon Levy Wednesday evening, Hanigsberg has been appointed the next president and CEO of Holland Bloorview Kids Rehabilitation Hospital.

She is expected to hold the post until a replacement is found.

Hanigsberg tweeted: “Excited about the future but will be so hard to say goodbye to @RyersonU and so many wonderful friends and colleagues.”

She referred to her new position as the “chance of a lifetime.”

Hanigsberg came to Ryerson in January of 2006 as the general counsel and secretary of Ryerson’s board of governors.

During the 2008 academic year, Hanigsberg served as interim dean of the G. Raymond Chang School of Continuing Education. Eventually, she took over the office of the vice president, replacing Linda Grayson.

Hanigsberg previously worked for the Ontario government in a variety of positions. She was counsel and special adviser to the secretary of cabinet, counsel to the deputy attorney general and chief-of-staff to the attorney general.

Before coming to Ryerson, Hanigsberg was a visiting professor of law and government at York University’s Osgoode Hall Law School.

Hanigsberg’s announcement of departure follows that of Levy, who said last year he will not be seeking a third term. Levy is expected to leave the school next year. 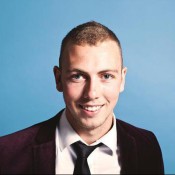