In ‘Kaijutaijuq: The Spirit That Comes’, a hunter must rely on the skills passed on to him by his grandfather to survive the dangers of the Artic wilderness. (Toronto International Film Festival)

As a child growing up in Nunavut, Nyla Innuksuk was told terrifying myths by her elders. The tales are a tradition in the Inuit culture, and serve as cautionary tales for youth.

“The environment’s so harsh that if you do something wrong as a kid in the Arctic, the consequences are that much more severe,” the Ryerson film graduate said.

That isolation and extreme environment inspired the setting of Innuksuk’s film Kajutaijuq: The Spirit That Comes, which opened at the Toronto International Film Festival the past week. It is about an Inuit hunter who tries to apply survival skills passed down from his elders, but finds that the cost of a mistake can be deadly.

Innuksukm produced the film along with a fellow Ryerson graduate, director Scott Brachmayer, whom she met in school. They both graduated in 2009.

She said it may be the first horror film set in the Canadian Arctic — a beautiful place to film, but also dangerous.

Brachmayer said the reality of living in the Arctic is that at any time there could be a storm about to hit, or hungry animals that could attack. People living on the land need advanced hunting, fishing and other survival skills to thrive.

To get to their remote filming location, the filmmakers first took a four-hour plane ride going north from Toronto. The film’s crew bundled up in heavy-duty jackets and drove as close to their destination as roads could get them. After that, they rode snowmobiles, followed by traditional Inuit sleds.

“And then…you’re out there,” Innuksuk said. “It really was quite a dangerous environment.”

Polar bears are known to roam the area, and the crew’s production assistant had to carry a rifle, as did the lead actor. Just a week after wrapping up filming, a different group visited the spot where they were filming and found polar bear tracks.

“Going out every day and spending 12 hours [in the] tundra in -50 degrees with no real breaks to go indoors, that posed a big challenge,” Brachmayer said. “I had hands and feet go numb where I could smack them against something and not feel anything. On our last night of shooting, I got frostbite on my hand. But that plays into the film, being a horror film.”

Brachmayer and Innuksuk have both visited the Arctic several times to film documentaries. On one trip, they met Johnny Issaluk, a skilled hunter with traditional survival skills who would become their lead actor.

“Within 20 minutes of meeting him, we knew that he could be the guy we were looking for,” Brachmayer said. “He’s the real thing. He didn’t have to learn how to do anything, he knew how to do it right away.”

“There’s a scene where he builds an igloo from scratch. Johnny did that himself on our first day of filming,” Innuksuk said of their lead actor.

“When we were taking breaks between camera setups, Scott would be like, ‘Oh, I can help.’ [Scott]’s a pretty big guy, but he couldn’t even saw one brick of snow,” she said, laughing at the memory.

These skills are a part of Inuit culture, which, according to Innuksuk, are important to preserve.

“It’s really important to maintain not only our culture, in terms of the stories and the legends, but also the practices in things like hunting and the way we prepare food.”

The duo have dreamed of being featured in TIFF since they started in Ryerson’s film program. The bulk of their funding came from the Nunavut Film and Development Corporation, and they hope that their TIFF exposure will allow them to make the film into a full feature and bring it back to the festival.

“We told a small story, but there’s a bigger story to tell,” Brachmayer said. “We’re going to work very hard to make that happen.” 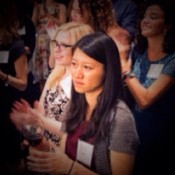 Brews all around: Toronto Beer Week takes over the city

Rams claim double streaks in soccer against rival U of T