BREAKING NEWS
Ryerson science departments give medical supplies to Toronto hospitals fighting COVID-19
Toronto’s global climate strike moves online
A diary: what it was like leaving residence due to COVID-19
How to study at home for exams
Student groups are taking out the social from social distancing
Arts & LifeFashion

The first time Jacqueline Hunter was scouted for modelling, she thought she looked terrible.

While browsing stores in the Toronto Eaton Centre one evening near the end of 2012, the almost 6-foot-tall brunette had her hair in a ponytail and was wearing a parka and jeans, when she noticed a woman looking at her.

“She came up to me and asked who I was signed with,” said Hunter, now 23. “I was a bit confused and told her I wasn’t signed with anyone. She told me she was a model scout at an agency in Toronto and that I had the look, so if I was interested, to email her.”

Hunter, who at the time was in her second year of Ryerson’s journalism program, graduated last spring and is currently modelling for the agency Boom Model Management in Milan.

She recalls being scouted a few times while in university, but said that her first scouting experience at the mall made her think twice about the possibility of modelling after graduation.

Hunter was scouted twice more that year before she eventually signed with her primary agent, Wilhelmina Vancouver, when she was home from school in the summer of 2013.

“When I talked to the president of Wilhelmina Vancouver, Tricia Romani, she spoke really positively and honestly about the realities of the industry,” Hunter said. “She told me that school should come first, which I really respected, and said we could get some photo shoots going while I was at school and plan any modelling when I was finished.”

Hunter travelled back to Toronto in the fall of 2013 to finish her final year of journalism school. That was something especially important to her.

“Completing my degree was the main reason why I turned down opportunities before. I loved being a Ryerson journalism student, and it was really important to me to finish and have the opportunity to intern and write for The Ryersonian,” Hunter said. “After I graduated in April 2014, I knew there was a possibility I could model abroad and I thought I should take it.”

Hunter met with different agencies in November of that year. She decided to sign with the Milan-based Boom agency. She now attends castings, but hopes to work with more designers when Milan fashion week begins at the end of February.

“Some days I have eight castings and I have to run from one side of the city to another to make it in time,” Hunter said. “Some castings are quick. You walk up to the client and they know within a few seconds if they like you or not. If they do, you might try on clothes or show them your walk. If they don’t, they might say ‘thank-you,’ or ‘next.’”

Hunter said she loves modelling, but is taking this potential career a day at a time.

“I’m hoping to go model in another market after Milan, whether that be another place in Europe, New York or in Asia. I am really enjoying my time modelling in Milan so far, so we will see how it goes and what I can do after,” Hunter said.

As for writing, she still sees journalism in her future.

“Gaining some life experience, travelling and experiencing new cultures will give me perspective, which I can then use to go after the journalism career that I want, whether that be broadcasting, writing for an online publication or a magazine,” Hunter said. “I don’t want to look back and wish I took the opportunity to model, so I am happy with my decision.” 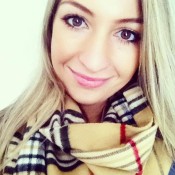 Olivia Chow to teach at Ryerson