A Ryerson theatre alumna is being recognized for her outstanding career with a special industry award.

Actress Tonya Williams is receiving the Special Jury Award of Distinction at this year’s Crystal Awards, presented by Women in Film and Television – Toronto (WIFT-T). This distinction is awarded to a woman who is a groundbreaker in the industry and is dedicated to building a vibrant, diverse and active creative community.

“It really means a lot to me because I’m a woman, and women have come so far, especially in the entertainment industry,” Williams said. “We all know how hard it is to be a woman in any work environment whatsoever and this just puts a smile on my face. It just inspires you to continue the work.” 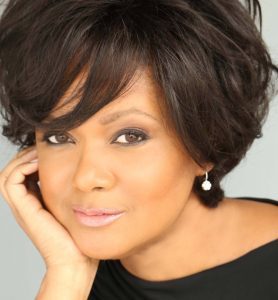 When WIFT-T contacted Williams at the start of the fall, she said she had no idea what to expect. This made the moment even more special.

“When I saw WIFT in the subject line my assumption was, maybe my dues needed to be paid or it was like a newsletter they were sending out, so I clicked it with that intent,” she said. “But then I saw it was a personal letter and as I read it I was completely shocked and felt so honoured.”

Williams has had a long career with credits in acting, producing, directing and consulting. But industry professionals have to get their foundation somewhere, and Williams credits much of hers to Ryerson’s drama program (now known as theatre performance).

What first drew her to Ryerson was the emphasis on experiential learning over theory-based lectures.

“From day one you’re on a stage learning lines and you’re actually working as an actor. It was like being in repertoire theatre for the full year,” she said. “I was constantly either rehearsing for a play or in a play or doing all the training from voice work to body to movement. It was a pretty intense year and it served me through my whole life.”

After making it through a competitive first year in which several students did not make the cut, Williams said she was ecstatic.

Unexpectedly, she landed a lead role that summer in a musical called Love and Politics, written by Mavor Moore. It was a dream come true for the actress, but one that came with a hitch – the play ran to the end of the fall semester. She was able to defer her second year, but ended up not returning after landing multiple roles in various Canadian and American TV shows.

It was one role in particular that catapulted Williams to international fame – a 19-year run as “Dr. Olivia Winters” on the soap opera, The Young and the Restless. Williams said the biggest thing the show taught her was discipline and hard work – things she was able to expand on from her Ryerson education.

With this award, WIFT-T is also recognizing Williams for her philanthropy. In 2001, she founded Reelworld, a charitable organization that started as a film festival and has since grown to include educational programming and support services for budding actors and filmmakers. 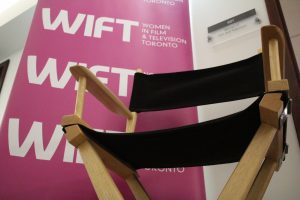 A director’s chair and banner are set-up outside the Women in Film and Television Toronto office on Oct. 25, 2017. (Photo by Maggie Macintosh)

“When I created Reelworld Film Festival, it was really to address some of the issues that I had to deal with as a person of colour in Canada trying to make my career in the late ‘70s and early ‘80s, and knowing that even though it was decades later that the needle had been moved slightly but not that much,” Williams said.

“I think film festivals are the most fertile ground to find everyone that’s behind the cameras and in front of the cameras and in every part of the entertainment industry, and I wanted to found an initiative that covered everything with the real focus of the racialized, diverse media artists that were in Canada.”

Having run the organization for 17 years, Williams said the most fulfilling part is when actors and filmmakers tell her that attending Reelworld inspired them to get their start in the industry.

“When you’re busy working in the trenches you really don’t know sometimes who you’re impacting,” she said.

The Crystal Awards will not be Williams’ first time collecting honours for her work and activism. In 2005, she received the ACTRA Award of Excellence. In 2007, she was given the African Canadian Achievement Award and was inducted into the Oshawa Walk of Fame. Most notably, Williams has also received two NAACP Image Awards and two Emmy nominations.

Peggy Shannon, the chair of the Ryerson School of Performance, said Williams’ success should inspire performance students to believe it is possible to achieve greatness.

“We are so proud of the woman, artist and advocate she has become,” Shannon said. “Her work has touched – and continues to touch – the lives of so many, especially the younger generation of artists hoping to follow in her footsteps.”

Williams will accept her award at the 30th annual Crystal Awards gala luncheon Dec. 5 in Toronto.