Here’s one app that won’t have you glued to your phone.

Ryerson alumna Alanna Harvey and co-founder, Cristian Villamarin, are launching their new app, Flipd, at the beginning of February. The app limits time people spend using their phones and controls the habit of excessive device use.

Users can lock – or flip off – their mobile or tablet devices for up to 12 hours to avoid being distracted by texting and other apps. The app also features a two-way locking feature to flip off friends’ devices.

“You need to take control over your own self-control – your phone shouldn’t be controlling you,” said Harvey, a 23-year-old Ryerson marketing graduate. “It doesn’t need to be your security blanket. You should be able to flip off for an hour and not be pulling your hair out.”

Villamarin, 25, came up with the idea last spring after giving his younger brother his very first mobile device – an iTouch.

“As soon as I gave it to him, I started realizing that he was changing. The way he acted was different — he was spending time on Snapchat and Instagram. We would hang out with our family and he was just scrolling on his own,” said Villamarin. “My parents were like, ‘Why did you give him that? He’s different now’.”

Villamarin approached Harvey and another friend of his from the University of Toronto, third-year computer science student Andres Moreno, to start developing the app. By June of last year, their prototype was ready.  With a dedicated team and their developed app, the last step was to come up with a name.

“We were like, ‘Remember when phones were just used as phones? Like flip phones.’ That’s where it came from,” said Harvey. “We just really liked the play on words. A lot of people naturally say flip off because that’s the verb you’re saying when you block yourself, it’s just caught on really well.”

So far the beta version of the app for Android devices has over 60 downloads from testers. One hundred-sixty people interested in using the app have signed up on the Flipd site.

The app gives students the ability to lock their phones to avoid distractions while studying. (Jessica Murray/Ryersonian Staff)

The app creators’  initial intent for the app was to allow parents to “flip off” their children’s devices, but they noticed that many students were using the app when studying.

“We have students creating a study group and then they flip each other off so they all commit to it together and simultaneously no one can check their phone,” said Harvey.

Villamarin said it can also be used as a potential teaching aid for  teachers who could  flip off students’ devices  in classrooms or during tests.

“We want to shape behaviour rather than force it. That’s why we don’t have a schedule for it,” said Villamarin. “If you know you shouldn’t be on your phone, you can flip yourself off and that can be today at this time, but tomorrow it can be at a different time.”

The beta version of the app is available for download for Android devices here. The Android version launches in early February and the iOS version by September 2015. 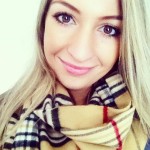