When Ryerson University alumna Virginia Ludy accepted an internship with the Canadian National Exhibition (CNE) before her fourth year of studies, she did not expect that it would turn into a successful, three-decade long career.

Ludy was named general manager of Canada’s largest fair on Wednesday and will assume leadership of the organization when current general manager David Bednar retires in the spring. She will be the first woman to hold this position.

During her 30-year tenure with the CNE, widely known as The Ex, Ludy has held a variety of positions in research, marketing, and operations. She graduated from Ryerson in 1984 with a Bachelor of Applied Arts in Geography with a focus on tourism and attractions — the CNE seemed to be a perfect fit.

“Once you start working the event it gets into your blood.”

So Ludy returned to the CNE. This time not as an intern, but as a full-time employee.

“When I did come back to the Ex, it was really going to be on a short-term basis, and then some opportunities opened up for me,” she says. “I think if you talk to anybody at the fair, they’ll tell you once you start working the event it gets into your blood.”

Ludy describes the CNE, which was founded in 1879, as a “136-year-old startup” after it became independent from the City of Toronto in 2013. She said her goal as general manager is to ensure the fair, which generates approximately $102.3 million for the province annually, stays relevant in a robust, growing city.

Ludy said The Ex provides an opportunity for people to reconnect in a time where we have become so isolated from each other due to social media. She recalls a Ryerson professor who predicted that people today would work shorter weeks and have more leisure time.

“The exact opposite has happened,” she said. “People have extremely busy lives.”

At the Ex, people can forget about their daily responsibilities for a little while, Ludy said, adding that it gives her great satisfaction to see people enjoying themselves at the CNE.

The fair takes place once a year at Exhibition Place for about two weeks before the Labour Day weekend. This year, it will run from Aug. 21 to Sept. 7, 2015. 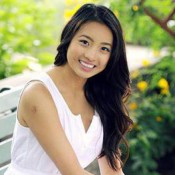