Recent graduates and students of Ryerson’s architecture program are lighting up the night at Nuit Blanche with an interactive installation, Ripple. 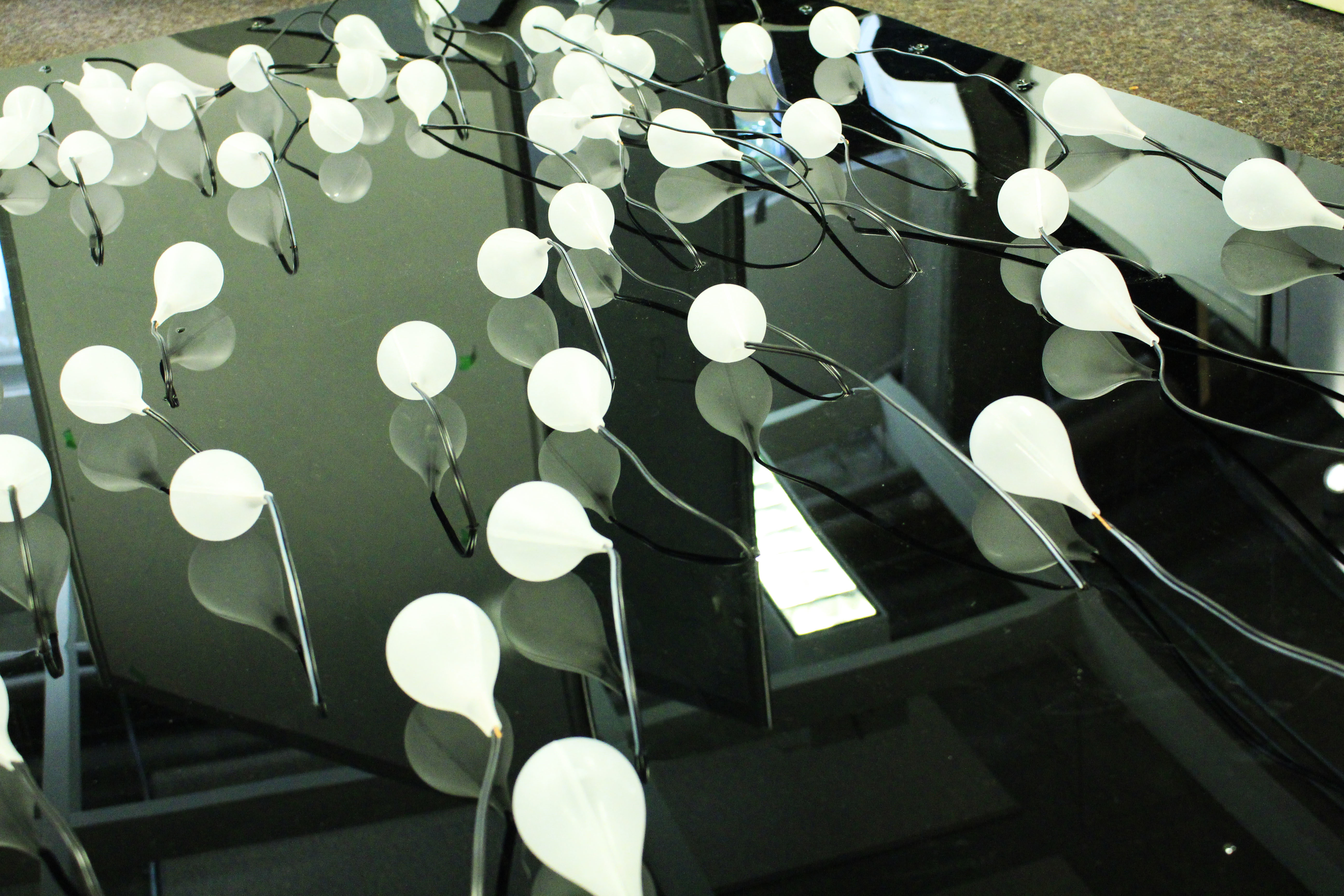 The concept, designed by six architecture students, started off as a small-scale project last fall for a digital tools  class with professor Vincent Hui. The assignment required students to use digital tools in order to create a prototype installation for Nuit Blanche. Afterwards, the students went ahead to apply for a spot in the city’s massive art exhibit and shortly after, Ripple was accepted to be featured as a “special project” for the distinguished event.

The project will feature multiple blue-lit raindrops that will be suspended at a high level to create an interactive atmosphere through sight and sound. Raindrops will hang from the ceiling of the Queen’s Quay Terminal in the main foyer of the mall where guests can interact with the piece by pulling on each raindrop to create a collective musical harmony. 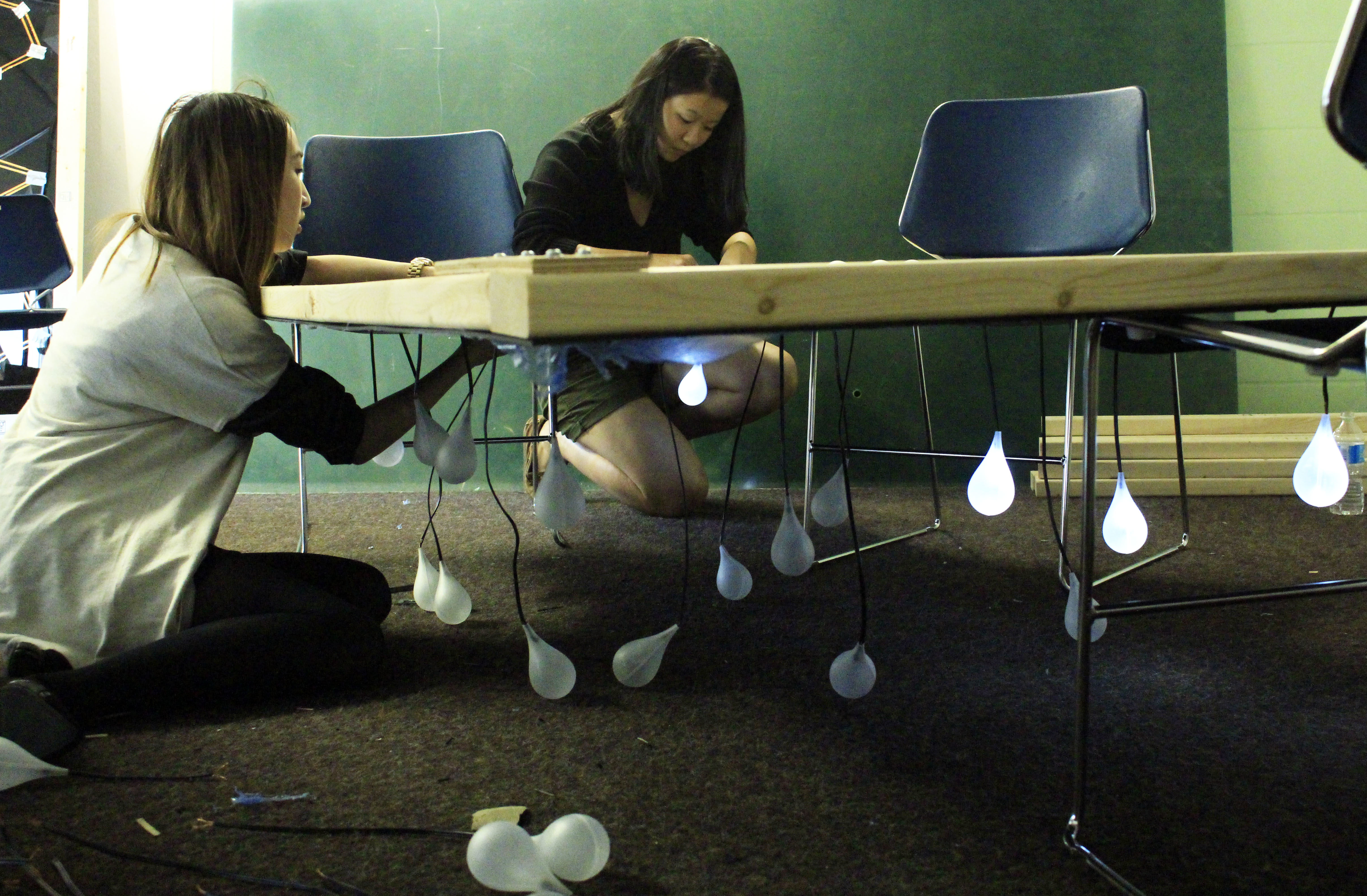 The initial idea behind the project was that the interactive setting would get many people to engage in a “ripple effect.”

Architect graduate Tim Fu says, “We would have done it on a small scale anyways but then Subaru confronted us and wanted to make it bigger.”

Subaru approached the architects to make a large- scale version of Ripple after picking from a list of participants who were involved in the event. The car company chose to fund the project based on their own interests and granted the Ripple project $20,000 to fund the building process.

Fu says it is common for students who have taken the class to have work presented at Nuit Blanche, but this year’s project is the biggest Ryerson students have created.

Adding more to the initial project than they intended to make for Nuit Blanche, the challenge to expand was one the architects could not refuse. Boulatova says, “Our original proposal was about 1/8 of what it is now.” 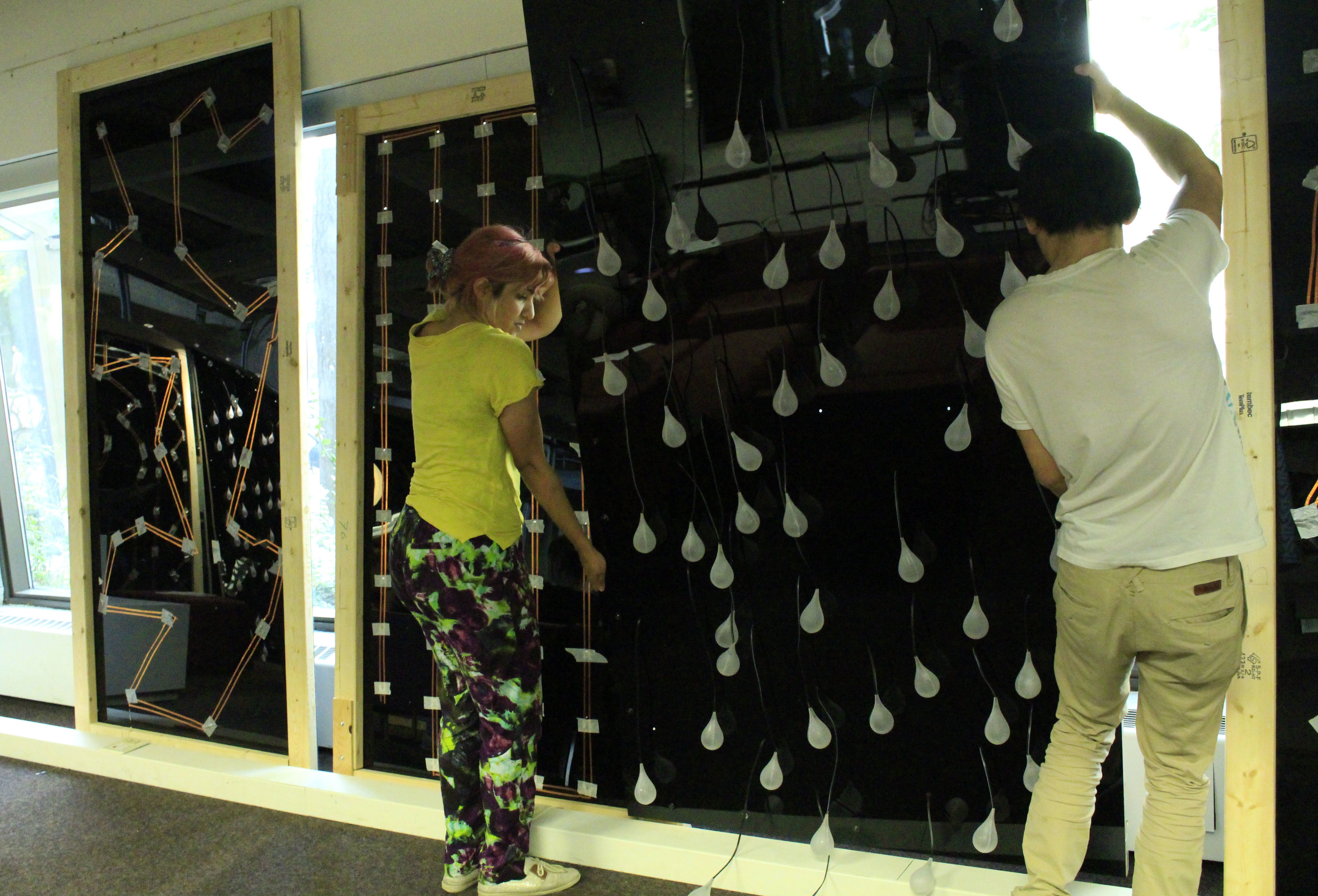 This is the first time a Ryerson architecture project has been funded by an outside party. Project creator Haya Alnibari says they have received endless support since they started working on the project.

“We have the city and the Nuit Blanche team from city hall helping us with this. There is a project manager involved, permits and others walking us through the process to make sure everything goes well,” Alnibari says.

The installation features over 20 acrylic panels, the size of a chalkboard. The project also features over 1,000 frosted raindrops that the project curators’ hand painted.

“The installation encourages movement of the whole body and stimulates ownership of the space by you, the user. Whether choreographed or chaotic, together users create a composition of sounds, lights and movement,” says Boulatova.

“We are devoted to providing an installation that embodies what we feel is at the heart of Scotiabank Nuit Blanche — an immersive, dynamic, user-created experience.”

After Nuit Blanche, the project will be featured at The Gladstone Hotel’s Alternative design event, Come Up To My Room.

Fu says they are going to have to scale down the project to fit inside a regular room but guests will still be able to interact with the piece and create a ripple effect of their own.