Ryerson continues to expand its footprint in Brampton. Last week marked the launch of the university’s second new technology startup accelerator in the city in under a year.

The Ryerson Venture Zone (RVZ) is a downtown Brampton-based incubator for early stage tech companies that aims to promote local business development. The RVZ was formed via a partnership between Ryerson and the city of Brampton signed in early 2020 that also includes a new cybersecurity accelerator, which opened earlier this year.

The move suggests that the university’s Brampton ambitions remain. Despite the fact that its plans to build a Brampton satellite campus in partnership with Sheridan College were thwarted due to a lack of provincial funding, the university has continued to put roots in the growing city. It established the Rogers Cybersecure Catalyst last year, then the DMZ Catalyst Cybersecure Accelerator back in January.

“We began discussions with the city several years ago to establish an innovation zone in Brampton, and those plans were rolled into the proposal for a new university campus,” said John MacRitchie, Ryerson’s assistant vice-president of zone learning and strategic initiatives.

“Although there have been some temporary bumps along that road, the city and Ryerson remain committed to establishing a zone to support Brampton entrepreneurs and innovators.”

Brampton is currently home to two post-secondary institution campuses: Sheridan College’s Davis Campus and an Algoma University campus located in the city’s downtown core. Nonetheless, city officials have continued to push for another university campus, citing the need for Brampton to retain more of its young talent, which often leaves to study elsewhere.

“We want to create support for Brampton’s entrepreneurs at every stage of their journey… [and] create an ecosystem where ideas can compete where companies and products can hire talent, raise capital, and create their company without having to leave the innovation district,” said Brampton Mayor Patrick Brown, who spoke at the RVZ’s launch.

“A few years ago, we saw a gap in the resources that existed to support our entrepreneurs and business community,” said Brown. “We didn’t have a centralized suite of resources where they could access the support they needed to start and build their businesses.”

In light of COVID-19, the timing of the RVZ’s physical opening is to be determined. For the time being, the hub has begun operating remotely. Its Sept. 9 launch took place virtually via Zoom.

The RVZ is the university’s first “innovation zone” to be located off its main campus. It aims to connect with the city’s key sectors, which include health and wellness, advanced manufacturing, food processing, and logistics and transportation, with a focus on building both startups and founders.

In the past decade, Ryerson’s Zone Learning Network has grown to include 10 innovation zones at its downtown Toronto campus. Its best-known zone is the DMZ, one of Canada’s largest tech startup accelerators.

MacRitchie says that the system has incubated more than 3,500 startups, which have raised over $750 million in funding, and created over 400 jobs.

Ryerson president Mohamed Lachemi traced the genesis of the project back to a call he received five years ago, when he was Ryerson provost, from former Ontario premier Bill Davis, who suggested that Ryerson bring its innovation and entrepreneurship experience to Brampton.

“I personally live in the Peel Region so I know how much the area has to offer,” the Ryerson president said, adding that Ryerson and Brampton have a lot in common, from a “young, diverse population,” to “community and leadership that looks to the future,” and a “willingness to transform… to keep pace with the changing world.

“I have seen what Ryerson has done in downtown Toronto and I want this to happen in Brampton, my city,” said Lachemi. 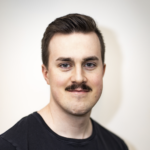 Why the pit bull ban needs to be lifted