BREAKING NEWS
Ryerson science departments give medical supplies to Toronto hospitals fighting COVID-19
Toronto’s global climate strike moves online
A diary: what it was like leaving residence due to COVID-19
How to study at home for exams
Student groups are taking out the social from social distancing
educationNewsOn Campusstudents

Allies and members of Ryerson’s queer community gathered at the Student Campus Centre on Oct. 30 for the Asexuality 101 Workshop.

RyePRIDE, an equity and service centre that operates under the Ryerson Students’ Union, organized the workshop to celebrate asexual awareness for the first time at Ryerson.

Enxuga, who identifies as asexual, hopes that more people will understand asexuality and “lesser known” identities from these types of events.

“There are so many identities under the LGBTQ but people only really know about lesbian, gay, bisexual and transgender,” says Enxuga. “I think we need to have education, not only on asexuality, but on all the identities on campus.”

According to Enxuga, other identities that are often overlooked and misunderstood include two-spirited, intersex and questioning.

In partnership with Ace Toronto, the workshop consisted of a presentation on the definition of asexuality, the various types of relationships, the asexual spectrum, as well as group games. Ace Toronto is a community group for asexual, or “ace,” people residing in Toronto to build a local community and hold regular social events and public education sessions.

Although there are a larger percentage of people who recognize asexuality now than 13 years ago, when the term was founded, Enxuga says, “There will still be people and friends who just suggest that ‘you’re in a phase’ or ‘you haven’t met the right person.’”

Ace Toronto, which is now two years old, is holding a series of workshops on asexuality at community centres and schools. 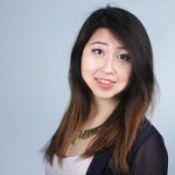