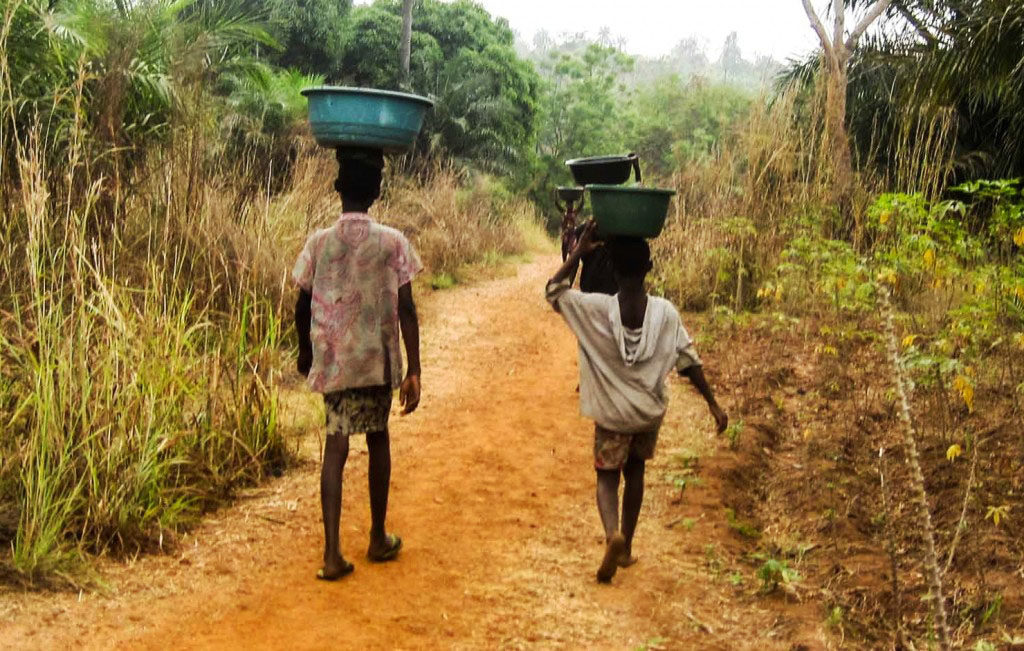 Ryerson will be celebrating World Water Day on March 22 with a communal walk down Yonge Street carrying empty water basins on their heads to honour the millions of people in developing nations who walk long distances for drinkable water every day.

Walk4Water is Toronto’s first annual commemorative event for World Water Day. The walk is organized by Ecoloodi, a non-profit organization that focuses on water education, with support from the Ryerson Urban Water (RUW) research group.

This is the first year that RUW is working with Ecoloodi for an event on World Water Day.

“People know about Earth Day in April, but when you think about World Water Day, nobody really knows when it is,” said Ludiwine Clouzot, the founder and president of Ecoloodi.

Walk4Water, Clouzot said, will raise awareness about this internationally recognized day, which is in its 23rd year, and will also act as a platform for education on water issues around the globe.

Participants will take turns carrying empty basins on their heads and containers of water on their backs to honour the millions of people in developing nations who walk long distances for drinkable water every day.

“When you think of a bucket of water, it’s so dense and heavy. Even a relatively small amount is a significant effort to carry,” said Nicholas Reid, the executive director of RUW. “A lot of the time these people, in particular the women of the society, are carrying almost 20 litres over a long distance.”

Although Walk4Water focuses on issues in developing nations, RUW performs much of its research on the quality, treatment and distribution of water here in Canada.

“It’ such a convenience for us in Canada because freshwater is right at our fingertips,” Reid said.

According to Environment Canada, the Great Lakes contain approximately 18 per cent of the world’s fresh surface water.

“I think that the greatest challenge in Toronto is getting people to connect and understand the role that Lake Ontario plays in Toronto’s life,” said Mark Mattson, founder and president of Lake Ontario Waterkeeper.

“Ask people where their drinking water comes from… There’s a lack of knowledge, and therefore, it’s hard to understand the problems and raise awareness.”

Lake Ontario Waterkeeper recently launched the Watermark Project, a collection of stories  submitted by Canadians about their connections to water. One story, for example, is about a couple’s journey along the Bow River in Alberta. Another illustrates one man’s memories growing up near Georgian Bay.

In just six weeks, the project has gathered over 1,000 submissions from people across Canada. Mattson said this growing archive of stories will act as a sort of insurance for the nation’s water sources.

“We value (water) the most, yet protect it the least,” Mattson said. “We need to fill that gap. And the only way to fill it is to remind people why it matters.”

Like the Watermarks Project, Reid said Walk4Water is a tool to inspire greater acknowledgement of earth’s most precious resource.

Ryerson students are invited to participate in the walk, which will run from on March 21 from 4 p.m. to 6 p.m.

Federal budget 2016: what to expect