Ryerson collaborates with NXNE this summer 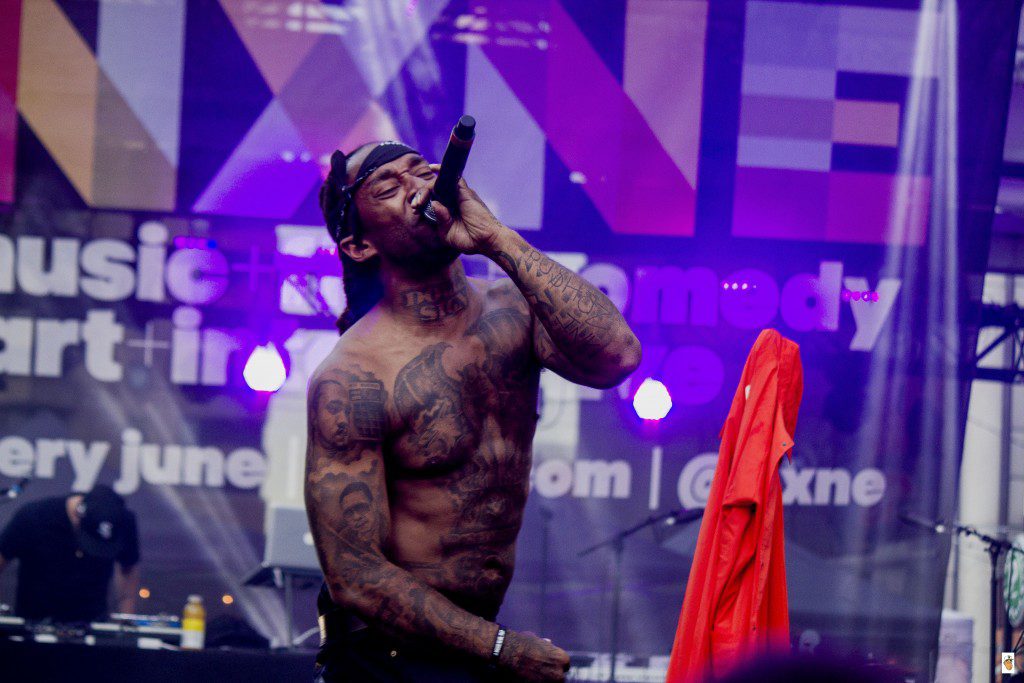 Toronto’s music and art festival North by Northeast (NXNE) may not be sweeping Yonge-Dundas Square with its usual free headliners this year, but the festival will offer a new conference right here on campus.

Festival organizers announced big changes to their 2016 event, including a two-day outdoor show at the Port Lands and an interactive gaming conference at Ted Rogers School of Management. The conference is a collaboration with Ryerson’s Faculty of Communication and Design (FCAD) and will offer panel discussions, a speaker series and a job fair focused on the technology, gaming and music industries.

This is the first year that Ryerson has worked with NXNE.

“It’s a very strong networking opportunity,” said Charles Falzon, the dean of FCAD. “The people (at NXNE) are very motivated to connect creative talent with the community at large and within the industry.”

The annual event is in its 22nd year, making it the second-longest running indie music and arts festival in Toronto. Despite offering free shows that have attracted upwards of 10,000 people, NXNE has come under fire from frequent festival-goers in recent years.

In 2014, there was unease surrounding a blanket radius clause that prevented participating bands from playing other events during the 45-day period leading up to NXNE.

The festival enforced the clause by cancelling a local band’s gig after they played at a charity event in the weeks prior to the festival. Organizers eventually abolished the clause in response to local bands and their supporters.

NXNE resurfaced under a harsh light in 2015 when they booked rapper Action Bronson to play a free, all-ages show in Yonge-Dundas Square. A petition to have the rapper banned from Toronto due to misogynistic lyrics and music videos spread quickly throughout the city and eventually prompted NXNE organizers to cancel the performance.

These past instances, however, haven’t been much of a concern to Falzon.

“I think, generally speaking, NXNE is very respected and has a very high reputation,” he said. “It’s a growing institution, it’s an evolving institution, and perhaps certain choices may have been made that aggravated people, but I really do believe that this is such a positive thing for the community.”

The festival’s shift from free headliners at Yonge-Dundas Square to a ticketed event at the Port Lands may alleviate some of the tension caused by the Action Bronson controversy. Michael Hollett, president of NXNE and co-founder of NOW Magazine, said in a NOW article that passes will be the most inexpensive in Toronto’s music festival scene this summer.

The festival, Falzon said, will also benefit from a collaboration with Ryerson.

“To be connected with a university that has so many young, talented people who are invested in both (the music and video game) industries…It’s a good positioning for NXNE,” Falzon said. “They’re connecting with young people who are determined to succeed in these fields…And at the same time, they’re helping us grow our ecosystem here that really embraces the industry at large.”

The interactive conference is still being developed, but Falzon said that festival organizers are open to involving students in various aspects of the event. More details will be announced in the coming months.

Dates and prices for the collaborative conference have also yet to be announced, but NXNE is scheduled to run from June 15-19 at venues throughout the city.

Mature students feel out of place on campus