Tyler MacKinnon received OSAP late for the last four years and was charged with both deferral and late fees. Hayley Brauer / Ryersonian Staff

Ryerson credit and collections services has been charging students late fees, apparently unaware that OSAP funding was late to arrive.

“We weren’t even aware that there was any tardiness in the remittance of OSAP to our students,” said Ryerson’s credit and collections services manager Doug Furchner in an email.

Gyula Kovacs, the senior media relations and issues coordinator for the Ontario Student Assistance Program, said the Ministry of Training, Colleges and Universities was also unaware there were any system-wide problems at Ryerson regarding students receiving OSAP payments late.

Nearly 13,000 students applied for OSAP at Ryerson but by late September, 30 per cent of them were still waiting to receive their OSAP funding according to Carol Scarse, a Ryerson financial service assistance manager.  Students who had not paid tuition before Sept.30 were charged a deferral fee of $70 and an interest rate of 1.25 per cent per month on the unpaid  balance in their accounts.

OSAP does not compensate students for deferral or late fees charged by Ryerson. Ryerson collections services also refuses to remove deferral and late charges on students’ tuition balance if their OSAP funding is late. The office’s stance is one has nothing to do with the other.

“Ryerson Financial Services, specifically the Credit and Collections Group is not involved with and does not have any input/influence to how and when students receive OSAP,” said Furchner.

Charmaine Hack, who took charge as Ryerson’s registrar this past spring,  says students have some control over whether their OSAP funding arrives late.

“The OSAP process for Fall 2013 has been the smoothest ever – and the 30% of students who did not receive funding by the deadline either applied late, or had not yet provided OSAP with the additional information required to complete their application,” said Hack. “A significant number of returning students did not apply for OSAP until the first week of classes in September.”

Fourth-year politics and governance student, Tyler MacKinnon, did not receive his OSAP funding this year until after the tuition fee deadline for the fourth consecutive time, despite completing his application in the summer.

MacKinnon, 21,  said there is nothing that can be done about the issue, he just needs to be patient while at the mercy of OSAP and Ryerson.

“By fourth year, it’s almost an indifference. I expect my [OSAP] to be late,” said MacKinnon.

If students do not pay their tuition fees, a block hold is placed on their accounts that will prevent the adding of courses, obtaining grade reports, transcripts, graduation award documents, and enrollment verification. 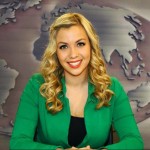 In pictures: How stylish is Hudson’s Bay’s new Sochi 2014 collection?