BREAKING NEWS
From the frontlines: a look into the lives of health-care workers a year...
Non-profit organization helps students find jobs in their field during the pandemic
Ryerson rolls out winter food relief program
Ryerson honours outstanding pandemic efforts
Journalism school establishes working committee to look at changing the names of its...
EducationJobsNewsOn CampusStudents

Just a year after the Ryerson Communication and Design Society was formed, its leaders are boasting major accomplishments.

They’ve already funded $15,000 to student groups this year and hosted an impressive lineup of events, but riding on the success of last year’s referendum will need careful steering moving forward.

Sitting comfortably as the second most successful voter turnout in Ryerson history, after the university’s acquisition of the former Maple Leaf Gardens, the RCDS now faces its biggest challenge of all – repeating this year’s success with tangible results for the FCAD community.

“We want to push all the programs to work cohesively with a long-term relationship in mind,” says Tyler Webb, president of the RCDS.

Webb says each school within FCAD has such a strong individual identity, but believes students would get more out of their university experience if they shared resources with other programs.

The already-established Ryerson Commerce Society (RCS) has 29 students groups, with the majority of them being interest-based while the RCDS only has 12. Nine of them are course unions.

Webb wants to change that number.

“There’s a lot of untapped talent that can turn into real projects with our funding,” says Webb, adding that the startup nature of the society puts students’ entrepreneurial spirit into full gear.

Fourth-year image arts student Lucy Lu wants to create an FCAD-based podcast with a focus on interviewing prominent people including journalists, fashion and graphic designers, and television producers. Eventually, she hopes it will grow into a podcast production house so all FCAD students can use the space.

It’s projects like these that reaffirm Ryerson president Sheldon Levy’s decison to grant about $200,000 to the RCDS for this year’s budget.

“The RCDS has been especially eye-opening for students for the creative industries program,” says Brittany Wong, vice-president of academics for the program’s course union.

Creative industries is the newest program under FCAD, joining the Faculty of Communication and Design just two years ago.

“It’s always a struggle trying to get funding from other places, like the RSU,” says Wong, who is relieved that her program can be supported directly through the RCDS.

Despite the vocal minority of students who have historically called for bigger student-group budgets, Wong reiterates that the team spirit of the RCDS has been the driving force behind the society’s success.

“Having people on the ground will keep the RCDS alive when the leadership changes,” says Megan Matsuda, vice-president of events for the RCDS.

Matsuda acknowledges the perennial problem of awareness when it comes to new student societies, but she’s confident that the newly formed RCDS street team will help spread the word.

He encourages students in FCAD to develop knowledge outside of their own discipline.

Students interested in keeping up-to-date with FCAD events can check out FCADnow!, a new digital publication that is distributed biweekly via email. It highlights upcoming events, creative-based opportunities and student achievements within the Faculty of Communication and Design.

The RCDS’ first semi-annual general meeting will be held on Nov. 13 from 6-8 p.m. 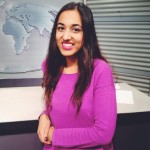