In early February, Ryerson announced a possible partnership with Navitas, an organization that connects international students to study in different universities. This potential agreement is part of Ryerson’s internationalization strategy which was released in October 2019. The strategy outlines the university’s goals of becoming more competitive and global.

According to the Ryerson Navitas summary page, students who succeed in the first year will then become part of the regular academic stream. The Pathway Program is intended to create a “soft landing” for international students before they become fully integrated into the university.

Michael Benarroch, Ryerson’s provost and vice-president of academic, has previously worked with Navitas when he was the business school dean at the University of Manitoba. Benarroch said that Navitas “developed a way of helping international students transition and be successful.”

According to Navitas’s website, the organization has more than 35 partnerships with universities across the world. Two of these, the University of Manitoba and Simon Fraser University, are in Canada.

In Ryerson’s case, the potential agreement with Navitas hopes to increase the international student population to 15 per cent in the next five to 10 years. With this planned growth, Lachemi also said that it would provide additional benefits to the university.

“International student enrolment gives us an expanded global perspective in the classroom,” said Lachemi. “This would give us an opportunity to enrich the experience of Canadian students and faculty.”

The number of enrolments and tuition costs for domestic students were frozen last year, so increasing the number of international students would become a revenue-generating avenue, according to the first announcement made by Ryerson regarding Navitas.

Asked how much Ryerson would pay Navitas, Lachemi said: “There is no cost; the financial model of the Navitas partnership is a revenue sharing model. There is little investment from Ryerson.”

Glenn Craney, Ryerson’s deputy provost and vice-provost of university planning, said that the university and Navitas would work together to provide a larger support system for international students.

“We need to have a larger international student centre and we are planning on building that alongside Navitas’s own support office on campus,” said Craney.

If the partnership is approved, Navitas will have its own office on campus, which will provide additional resources and support to international students.

International students who come from the Pathway Program will be given an extra hour of class in their courses to provide “additional English language support and additional support to help students move through the academic experience,” according to Craney.

It is unclear whether International Student Support (ISS) at Ryerson will have other initiatives to provide more resources and support for students. It is also not yet known if ISS and Navitas will collaborate to provide these support systems. However, these support programs are important, according to Abhi Raheja, an international student who came from India.

Raheja is currently a third-year journalism student at Ryerson. He was granted the opportunity to study at Ryerson after being given the President’s International Entrance Scholarship, which paid for his studies. Raheja has used the services at ISS and said he was very grateful for their assistance.

“I was very thankful for their incredible warmth and love during my orientation days,” said Raheja. “They organize some really exciting and productive events and workshops that are both helpful and informative for international students.”

Raheja stated that ISS provides a community of support which is important for students who are new to the country.

Lachemi says he also believes in the importance of supporting international students.

Lachemi confirmed that the university has not signed an agreement yet, and that it is still negotiating with Navitas. 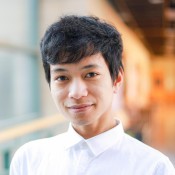